Ricky Gervais Wants You to Know the Joke Isn’t Personal 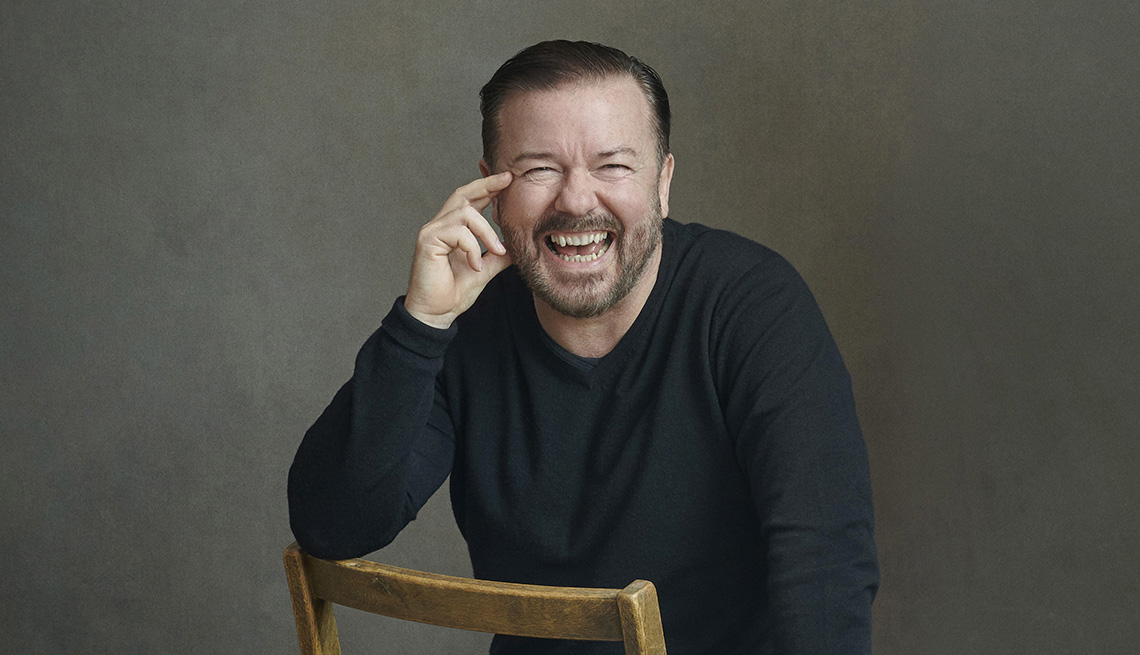 If someone told me as a young man, “Hey, in the year 2021, not only are you still alive but you’re famous and wealthy,” I would have said, “Wow, that’s fantastic. I’m surprised.” I never dreamt I’d live that long, and certainly not as an international comedian. But then they would say, “OK, but the bad news is, all your gigs are canceled because there’s a pandemic on,” and I’d go, “Oh, crap.”

There was no path. I didn’t want to be an astronaut. I didn’t want to be a heavyweight boxer. I only knew the worst thing to be was a bore. Growing up working class in England, people would accept a fun murderer over an honest bore. So, you could either fight or make people laugh. To be funny was a social power. As the youngest of four, a laugh was a way to be heard. I could laugh my way out of any situation.

Wealth is how you define it

We never had any money. My dad was an immigrant laborer from Canada. But I didn’t know I was poor because my mother knitted all my jumpers, she made our Christmas presents, did all the decorating, grew things in the garden that she then cooked. She never stopped. I always thought, Men work hard, but women work miracles.

I was a late starter and that was my savior. I feel sorry for kids who get famous at 18. That’s a ticking time bomb. I wrote the British version of The Office at 39. It came out when I was 40. Jane [Fallon, Gervais’ partner of nearly four decades] and I had been together almost 20 years. I had friends. I had life experiences. I knew who I was. I won some awards and remember sitting around in a tuxedo﻿, drinking a glass of wine. I said to Jane, “Why didn’t I do this earlier?” She said, “Because you wouldn’t have been any good.”

I’m so grateful for technology, especially during COVID. The first pandemic﻿ —﻿ the plague﻿ —﻿ must have been terrible without Zoom. They would just throw you out of a window and into a barrel. 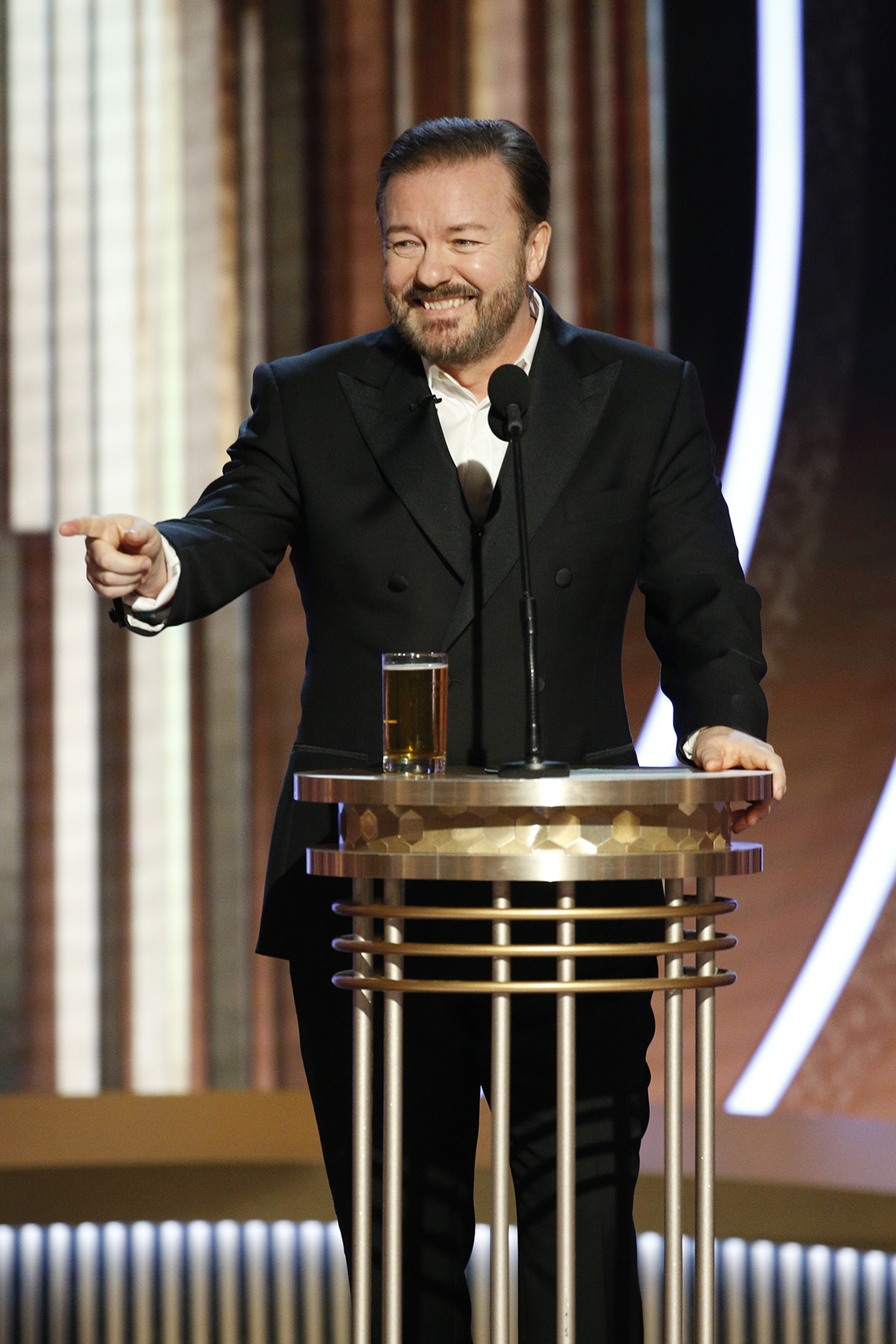 Life is as good as it’s ever been on the planet. When I was on tour once, I stayed in a castle and slept in the bedroom where Henry VIII had slept. I was in awe﻿, but I couldn’t get onto the internet because the walls were so thick. I started complaining. In a castle! It was crazy. I had to stop and just laugh at myself. We are the most spoiled people in history.

I haven’t said there isn’t a god. I’ve said I don’t believe in your god or any god. Technically, I’m an agnostic atheist﻿, because one deals with knowledge and one deals with belief. I choose not to believe because I’m conditioned to have a science-based outlook. I want evidence before I believe something. But if I show up at the pearly gates, I’d like to think they’d say, “You’re wrong.” I’d go, “Yeah, I’m embarrassed.” They’d say, “Don’t be embarrassed. You’ve been good and we’d rather have a good atheist than a bad Christian, so in you come.”

In good faith, you have to try not to hurt someone’s feelings with your comedy, but every joke reminds someone of something bad, and someone will get upset. I did a joke on Twitter that sums it up. Why did the chicken cross the road? Answer: F--- you. My chicken was run over yesterday! What can you do? You can’t help that your joke reminds someone of something bad. I can’t say, “Does anyone know anyone who’s got MS? Damn it. OK. I won’t do that one. Does anyone ever get sunburn? OK. I won’t do that one.” Imagine that.

Leave politics out of it

I hate when I hear “left-wing comedian” or “right-wing comedian.” I think we shouldn’t know what wing a comedian is. We shouldn’t be able to tell from the jokes. People think a joke is the window to the comedian’s true soul. I pretend to be right wing, left wing, no wing if it makes the joke better. I’ll change a joke. I’ll go the opposite way and play the wrong side of the coin, arrogantly, and people get it. What’s funny about a comedian coming out and telling you exactly what he believes? Where’s the joke?

It’s hard now because everyone knows what comedians earn. So, I can’t go out there and pretend I’m down in the mud with the other peasants making fun of the king. So, I try and get low status in two ways. One, I let them look behind the curtain and say things like, “When I met the queen,” or, “The first time I took a private jet, someone thought I was a cook.” I let them see that’s it not all roses. I also point out the places where they’re better off than me. I talk about being old and fat and balding, and I’ve got distended testicles, you know?

All I want to do now, as I get older, is either TV or stand-up. I don’t want to get more awards or get richer or play bigger arenas. I want to say, “Am I being the most honest I’ve ever been? Am I being the bravest I’ve ever been?” The more contentious the joke, the better it’s got to be. It’s got to be bulletproof. So, that’s what gives me an adrenaline rush now. How can I get everyone laughing at this? I think no harm can come from discussing taboo subjects, because I want to take the audience to a place they’ve never been before. When I start a subject and I can feel the tension in the room, I love it. It’s like I’ve gone to the gym. It’s like a workout. I take them by the hand into a scary forest and out the other side. They don’t enjoy it until the end.

We can be heroes

I don’t get intimidated, but certain people made me go, “I can’t believe this is my life.” Like David Bowie. He agreed to be on my show Extras. So I wrote the lyrics to the song I wanted him to do and sent them, and then phoned him up, and I went, “Hi,” and he went, “Oh, sorry, I’m eating a banana.” Which made me laugh so much! I also sent him an email on his birthday once. Eighth of January. He was 57. I said, “57? Isn’t it about time you got a proper job?” I signed it “Ricky Gervais, comedian, 42.” He sent a note back. “I have a proper job. David Bowie, rock god,” which I just thought was so funny.

The host with the most

If you want to have an awards show, great. Do it. But if you don’t want to make it fun, don’t televise it. I try to make it a spectator sport. I know what I’m doing. These aren’t rooms full of wounded soldiers. These are billionaires and the heads of massive media conglomerates. If you can’t punch at the richest, most privileged people, who can you have a go at?

The oldest joke in the book

Why was The Office such a hit? I think it’s because of empathy. We all want to be loved. We all want to be noticed. We all want to be appreciated. The mistake is when we try too hard, and that’s the comedy of it. We either watch it going, “Oh my God, I’ve done that.” Or, “Oh, thank God I’ve never done that.” Comedy is the understanding that we’re all idiots, we all do stupid things, but it’s all right. We’re all going to die someday. You have to be able to laugh at yourself. Our anthropologists think that the first joke, so to speak, was one caveman seeing another caveman hitting his head on the cave ceiling, and going, “Ow.” The other caveman laughs because he’s done it, too. He knows it hurts and he knows how it feels, but he’s also glad he’s not the idiot who just did it to himself.

A mind at full throttle

At 60 I’m like an old classic car. There are a few dings and dents. A few things that need repair. But my body is just a chassis. My brain is what I care about. That’s what I want to stay sharp. So, I learn things. I’ll find Albert Einstein on YouTube explaining the theory of relativity or I’ll listen to a podcast about the deep reaches of space. It almost makes me forget that, when I play tennis now, my body hurts for three weeks, not three minutes.

Ricky Gervais, 60, created, writes, directs and stars in Netflix’s After Life, which will return for its third and final season in 2022.

From discrimination to stereotyping to a deadly disease, the actress has risen above it all﻿ 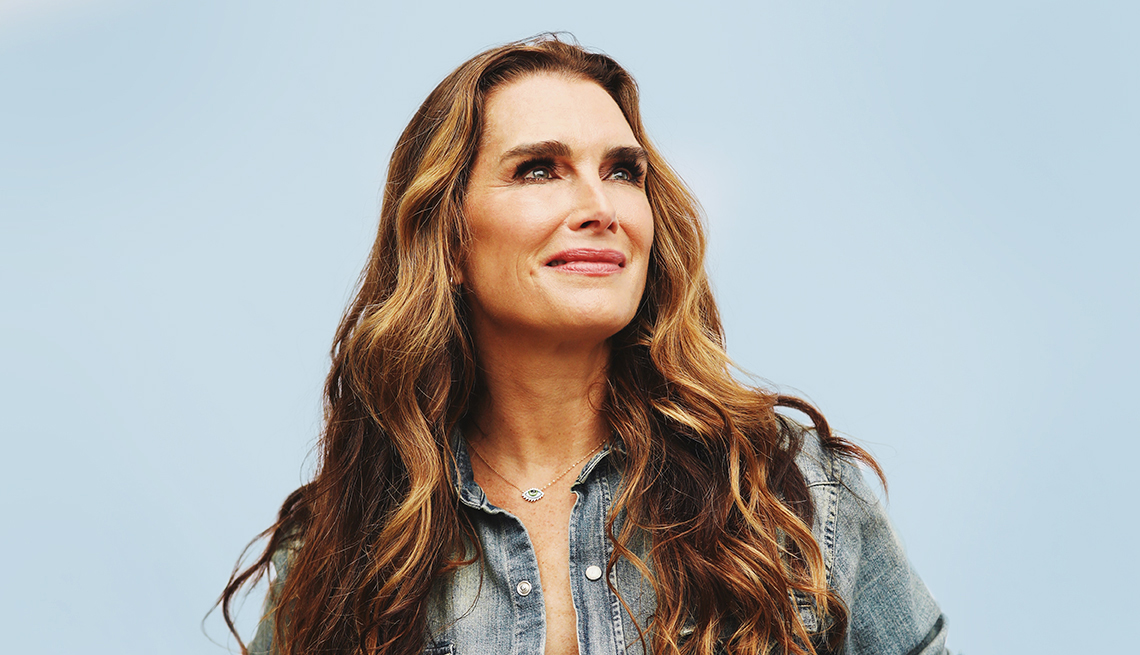 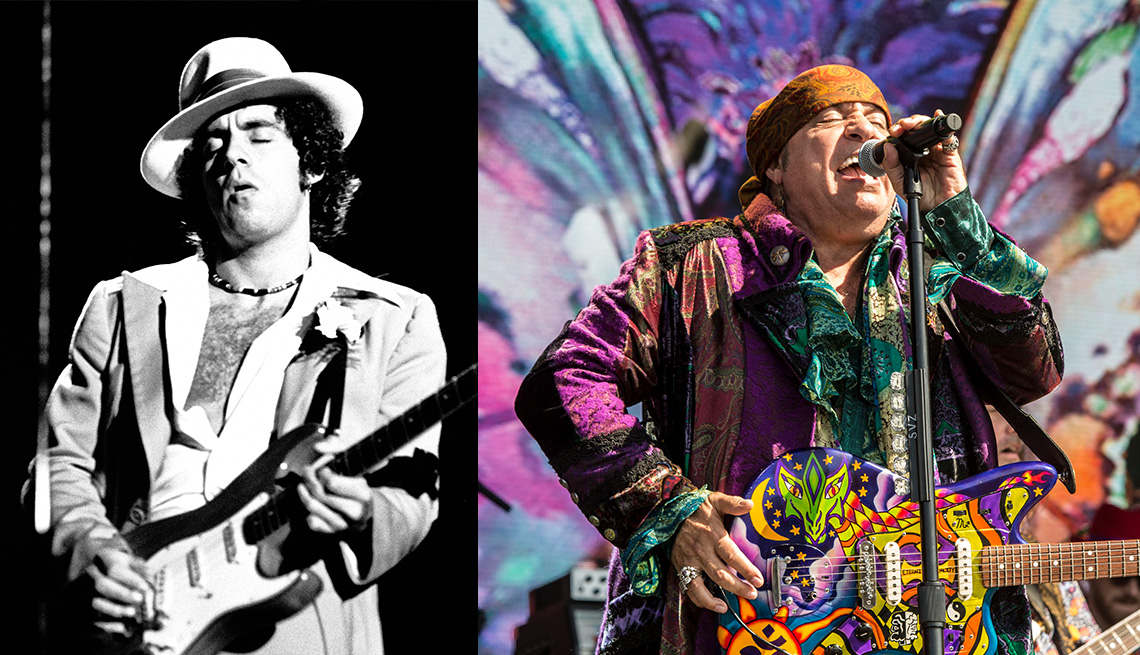