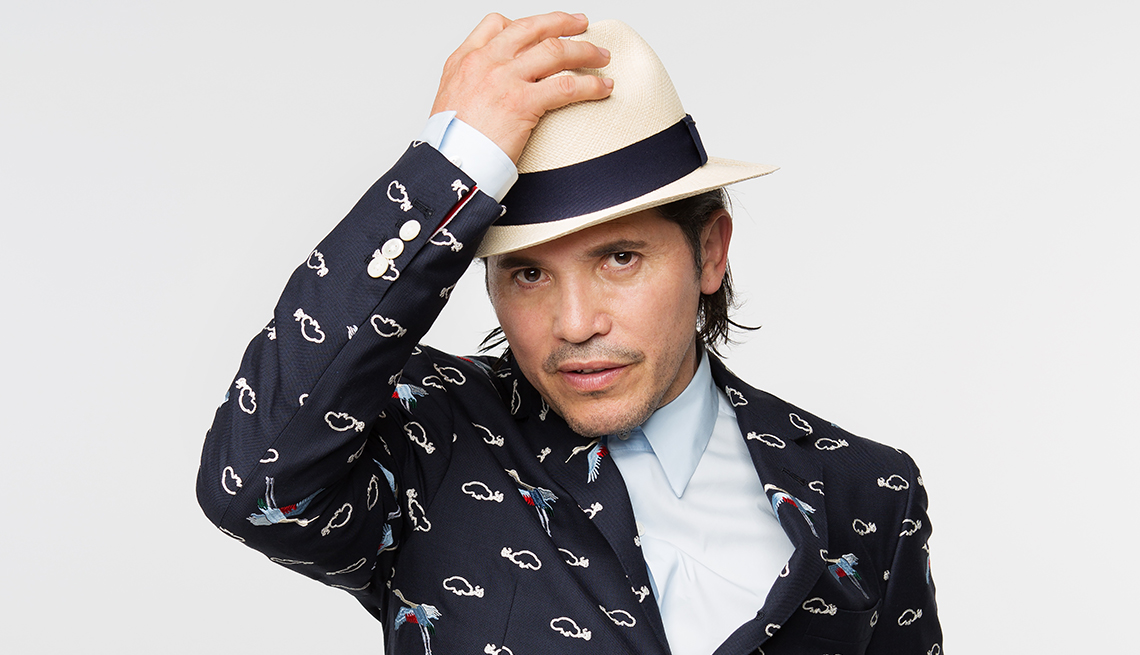 En español | Mambo Mouth, in 1991, was my first piece. It's about several disparate Latin people in my neighborhood, all connected by geography. I just felt like Latin people were so invisible in the media, textbooks — everywhere. We were so voiceless. And so that was my antidote: writing my first show and casting it all with Latin characters, even though I played all of them. A one-man show is the most intimate a performer can be with an audience — it's my story, my opinions, and me naked emotionally on a stage.

I've always picked dark subjects that needed to be exorcised in American culture, Latin life, and in my own life, as a center of these shows.

I wanted to hear stories about our issues that I wasn't seeing anywhere, and for no good reason. You know, half the population wherever I go is Latino, and yet we are so aggressively absent; the exclusion is pretty pervasive. This begs some ugly questions.

Are we not talented enough? Not smart enough? Not hardworking enough? That’s [expletive].

That's why it's so important to know our heritage, so that we can't become disenfranchised. Latin people are the second-oldest ethnic group in America, after the Native Americans. We have unknown patriots who fought in the American Revolution — we are the sons and daughters of the American Revolution. Twenty thousand of us fought in the American Civil War. We had so many people participating and yet, how come I've never seen that in a Ken Burns documentary or in a Civil War movie? Why aren't we included? Why is this information being kept from us? From our kids? It’s crazy because it’s not in textbooks, and that’s my whole thing: Until we get our due credit in this country’s textbooks, these slights will continue. We’re not just bystanders or leeches on the sidelines enjoying the benefits of the Founding Fathers. We shed blood for this country — made this country from the ground up.

I researched all of this for my 2017 Broadway show, Latin History for Morons. After a performance, people walk out feeling so proud. Non-Hispanic people feel like, "Wow, I want to do research on your people," or they tell me, "I had no idea that Latinos were the most decorated minority in this country." The theater is a powerful platform to have audiences go on this journey with me. They give me strength and I give them strength, and so it becomes a symbiotic relationship where we give each other courage to go further. This show has made people look at us very differently and made us look at ourselves differently. I had this 70-year-old Puerto Rican woman tell me with tears in her eyes, "I always felt like a second-class citizen until tonight."

And there were tears in my eyes, too.

—As told to Carlos J. Queirós

Natives of Bogotá, Leguizamo’s family immigrated to New York City when he was 3 years old. He spent the 1980s performing in comedy clubs, honing the various stage personas that would come to populate his one-man shows. He made his film debut in Casualties of War (1989), and has since amassed over 100 acting credits for film and television. Leguizamo, however, is perhaps best known for his chameleon-like ability to portray a range of characters in his acclaimed one-man shows. He played seven characters in his theatrical debut, Mambo Mouth. The success of Mambo Mouth spurred other shows: Spic-O-Rama (1992), Freak (1998), Sexaholix ... a Love Story (2001), Ghetto Klown (2011) and Latin History for Morons (2017). Among his many awards are an Emmy for Freak, an ALMA award for Nothing Like the Holidays (2008) and a 2018 Special Tony Award for his body of work.