John Lithgow appears in the films Daddy’s Home 2 and Pitch Perfect 3, both of which open later this year. The 71-year-old is also up for a sixth Emmy in September for The Crown and won an AARP Movies for Grownups award in 2015 for Love Is Strange. He recently spoke with AARP about life since turning 50 years old and how becoming a politician crossed his mind.

I feel like I’ve been the same person since I turned 50. I do think I’m calmer and less aggressively ambitious. And I feel like a survivor.

The joy of being evil

Playing villains is kind of like Halloween night. There is a real thrill in scaring the daylights out of people. I’ve done film scenes that were absolutely hair-raising. And yet they had all the elements of comedy, and we roared with laughter at the end of every take.

We moved around a lot when I was growing up. I was always the new kid in class, but I was good at making friends. With an upbringing like that, I was either going to become an actor or a politician. Thank God I became an actor! I’m not cut out for politics. 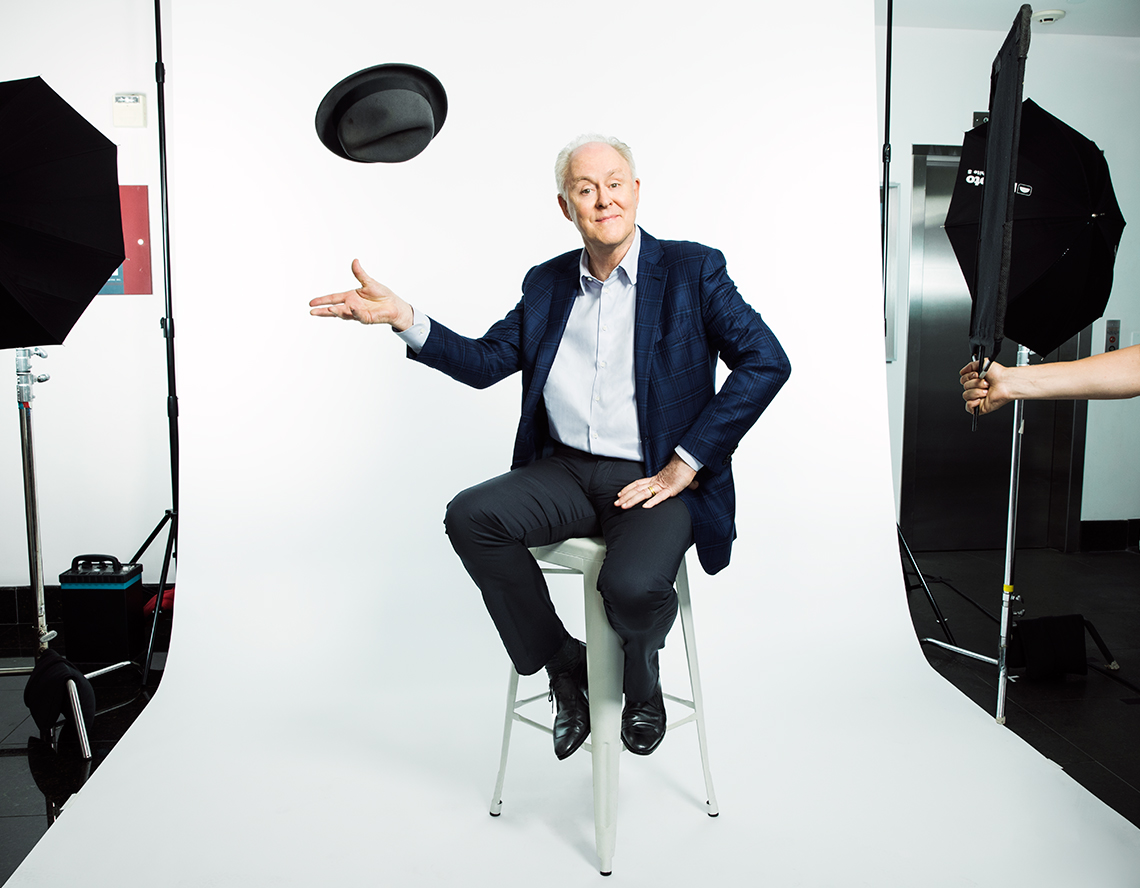 Coretta Scott was our babysitter when I was very young. I saw her later, in 1974, when I did a silly Broadway comedy. She reminded me that she’d been my babysitter. I had not made the connection between “Coretta” and “Coretta Scott King.” Can you imagine being told that by such an iconic person?

The most stunning moment I had as a student at Harvard was in a fine arts survey course with the great Seymour Slive. This was in a dark lecture hall, and Slive held a little clicker in his hand, going through images of each period of art. Suddenly, up came this beautiful, blazing Mark Rothko painting. Six or seven guys jeered, and Slive turned on the lights. Trembling with rage, he said, “You don’t know what people sacrifice to create art, and don’t you ever dare laugh at art again.”

I have three children and two grandchildren. I’m probably a better granddad than dad because your role as a grandfather is to be fun, and I’m fun.

The essence of comedy, drama and horror is surprise. I have an uncanny ability to surprise people because they look at my face and they don’t know where I’m going. Whenever I play a role, it’s like I’ve been kidnapped inside my own body.