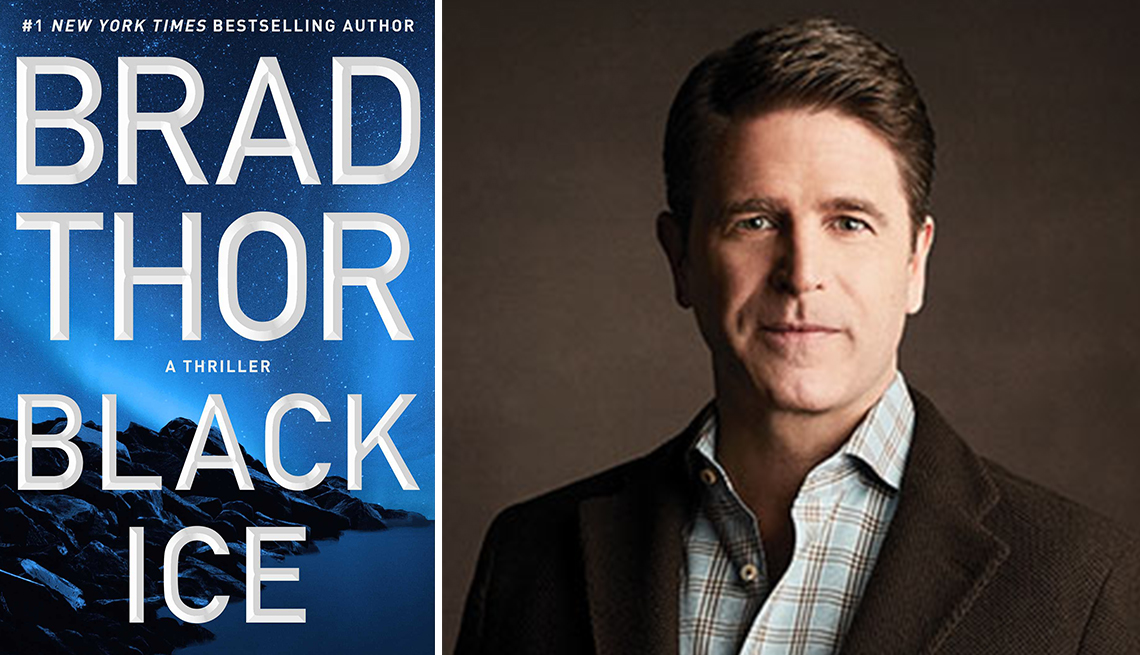 How big is Brad Thor? The blockbuster author has written 20 spy thrillers in 20 years and sold more than 20 million copies — snapped up by passionate fans of his propulsive series featuring Scot Harvath, a former Navy SEAL turned covert intelligence operative. His latest book in the series, Black Ice, immediately jumped to No. 1 on The New York Times best-seller list when it came out this summer.

A stickler for realism who's become something of an intelligence and counterterrorism expert, Thor, 52, has traveled across the globe to research his books; he even followed a black ops team in Afghanistan in 2008 for background on his eighth book, The Apostle.

Thor was also recruited to work for the Department of Homeland Security's “Red Cell Program,” he says, where he and other creative minds brainstorm terrorism scenarios for the U.S. intelligence officials to help them anticipate possible threats.

In Black Ice, the 20th book in the series, Harvath is spending a romantic summer with his girlfriend in Norway when he spots a man he'd killed years ago — or thought he'd killed — stepping out of a cab in Oslo. The ensuing chase takes our hero to the Arctic Circle, and into the center of an international battle over control of the increasingly valuable region.

While Harvath and his adventures are fiction, the conflict in the Arctic is, according to Thor, very real. That's why he calls his thrillers “faction,” he said in a phone interview with AARP from his Nashville home. “You don't know where the facts end and the fiction begins."

"I can't think of anything less sexy than two spies in a cafe wearing masks, and staying socially distant."

— Brad Thor, on why he won't incorporate the pandemic into his plots

The author, friendly and gregarious — “I love doing interviews!” he says — told us about how he gets his ideas, how Harvath differs from James Bond, his future in Hollywood and more.

His insider pals gave him the idea for Black Ice

Over two decades in this business, I've developed a really good network of men and women in the military, the intelligence community, law enforcement, the diplomatic corps, government throughout Washington… I ask [them] “What keeps you up at night?” What I heard repeatedly was that there is a new Cold War that is starting to heat up in the Arctic. And it's between the United States, Russia and China. As temperatures in the Arctic are rising two times faster than anywhere else on the planet, the sea ice is turning to slush for longer and longer periods each summer, and that's opening up different shipping routes. And there's a ton of resources up there, and the Chinese want a share of the action…. That's a really cool backdrop to set a page-turning spy thriller against.

I was going to go to the Arctic spring of 2020, and a little something called COVID happened so I couldn't go, which is unfortunate, but it is what it is. When I can't make it to a location, I want to work through my network to find somebody who has been there, particularly somebody who has operated there, whether they were a special forces person, a diplomat, an intelligence officer — because those folks all pay attention to the details. Details are the bedrock of a great thriller. So luckily, I found somebody who's fabulous, who had not only been to the part of the Arctic that I was writing about, but had taken a million photos… really good stuff.

If you've never read the series, you can jump in anywhere

My Scot Harvath books are like the James Bond movies: You don't ever need to see the previous James Bond movie to go and enjoy the most recent one. So you could start with Black Ice having never read Brad Thor ever in your life. But if you wanted to back up and start three summers ago, I did a book called Spymaster. That was a lot of fun, and it really marked a change in the trajectory of the series.

He writes a book every year because…?

That's my contract. It takes a lot of discipline. And it takes somebody cracking the whip in the background, too.

He won't include COVID-19 in his next thriller

Absolutely not. I sell adventure and I sell escape. I want you to forget about COVID for a little bit. And I can't think of anything less sexy than two spies in a cafe wearing masks, and staying socially distant. But seven years ago, I did a book called Code of Conduct that was about a global pandemic, one that had been done on purpose. It's funny to have fans come back and say, “Man, you nailed it seven years ago."

His hero is headed for the big screen

I am under a nondisclosure agreement, but I had a massive, massive producer in Hollywood who said, “I would love to bring your books to the screen.” ... He closed our first real business conversation saying, “Who would you like to have direct these?” I picked the best action director, in my opinion, in Hollywood. The whole team is awesome. I can't comment on the actors but, boy, there is a wealth of potential actors who could play [Harvath].

Bond is really, really cold. Harvath's got a great sense of humor…

Scot Harvath is my alter ego — the same way I'm sure Bond was for Ian Fleming, and Jack Ryan was for Tom Clancy. I've always aged him chronologically along with me… And I grew up the son of a United States Marine, being taught that there is no American Dream without those willing to protect it. That's what my protagonist's calling is: to protect and defend the American dream. He's willing to give up everything — he's given up his own happiness, his own chance to have a family life and kids — because he believes so much in his mission, in his calling.… He always does the right thing, but he's not afraid to break a few eggs if that's what's necessary to make the omelet.

What Thor does for fun

I'm a big physical fitness guy, so working out is a big thing for me. I've got two teenagers, that keeps me very busy. But my number one love, and it's been tabled because of COVID, is travel. I love international travel…. Before I was an author I was the host of a series on public television called Traveling Lite. And my dad saw the world as a Marine, my mom was a flight attendant for TWA. So I've had that travel bug in me since I was born. That's a big passion for me. And reading. You can't be even a halfway decent writer without being a voracious reader.

My parents were big thriller readers, so I'd always swipe their books. I grew up reading Frederick Forsyth, John le Carré, Clancy, (Robert) Ludlum — the true greats. And I became a huge Vince Flynn fan. More recent, Jack Carr — he was a Navy SEAL — Steve Berry, James Rollins…Ben Coes is terrific. I am reading someone outside my genre now, Peng Shepherd, who wrote The Book of M, and she has a new one coming out next year called The Cartographer that's going to be a massive hit. And I loved All the Light We Cannot See [the 2014 historical novel by Anthony Doerr]. That's still the high watermark for me. It's not only a great story, but so beautifully, beautifully written.

Christina Ianzito is the travel and books editor for aarp.org and AARP The Magazine, and also edits and writes health, entertainment and other stories for aarp.org. She received a 2020 Lowell Thomas Award for travel writing. 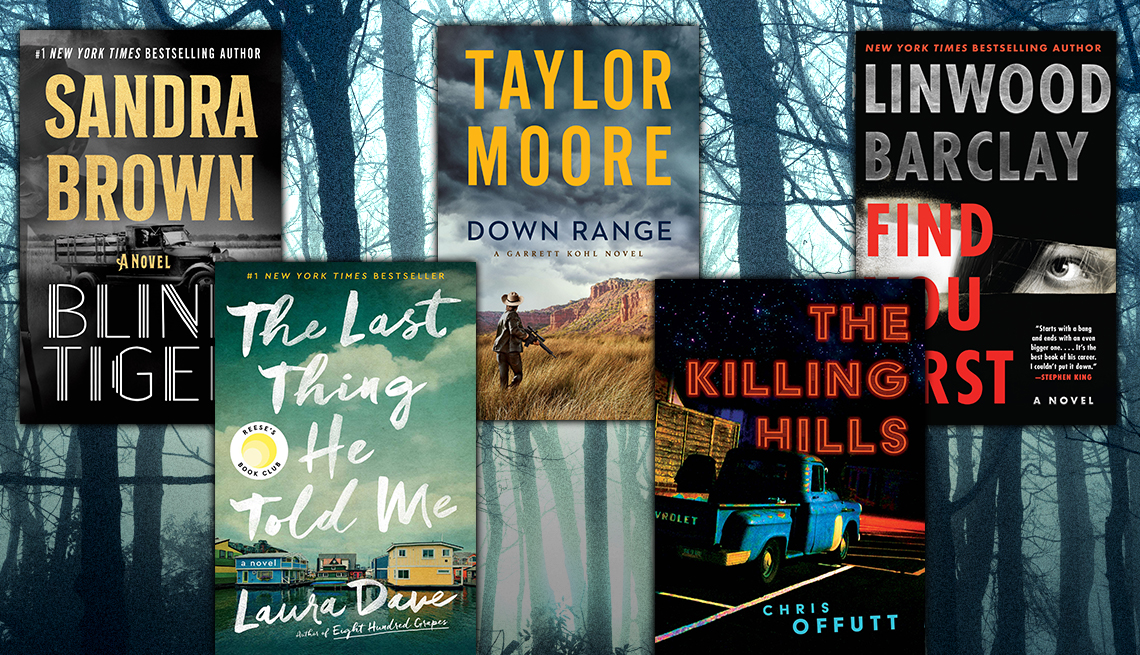 Get lost in these suspenseful novels by Sandra Brown, Laura Dave and more 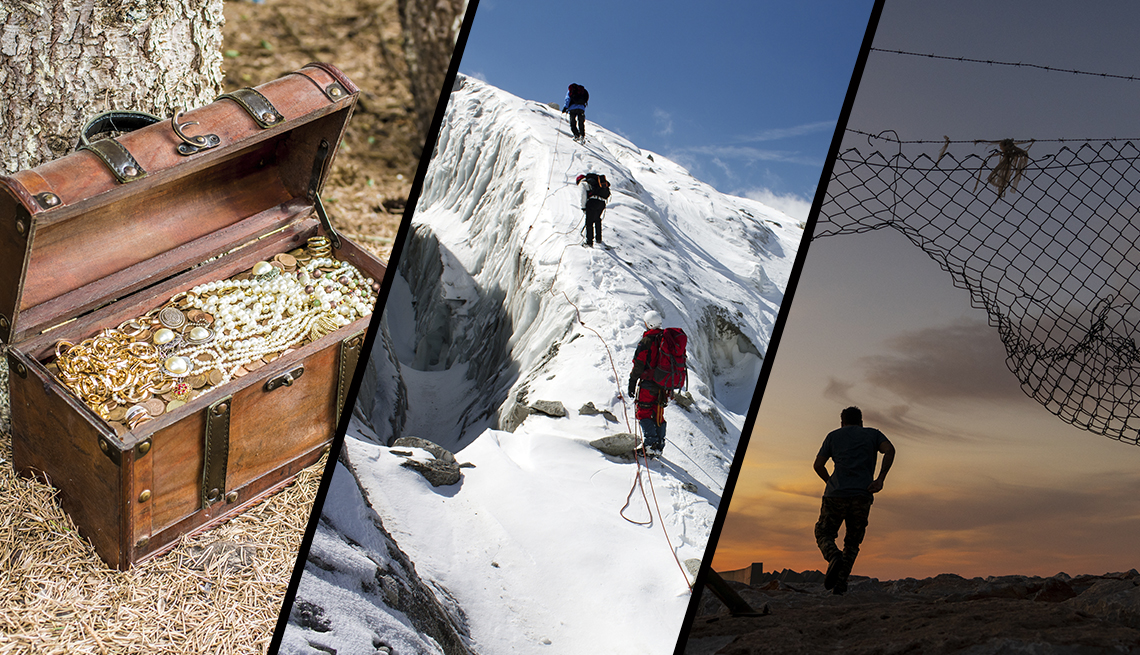 Escape with these true stories about daring feats and wild adventures