En español | Paulo Coelho’s new novel Aleph opens with a quote from the famous Jorge Luis Borges short story of the same name. Borges’s tale deals with a self-important poet whose mental activity is described as “continuous, deeply felt, far-ranging, and — all in all — meaningless.” One can’t help thinking of this character when reading about the exploits of Coelho’s narrator, a semi-fictional alter ego also named Paulo, who in spite of finding success in his writing profession feels bogged down by daily routine and is undergoing a crisis of faith. 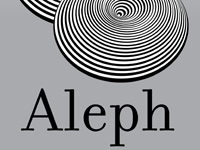 The solution to his problem? Spurred on by his spiritual master — cryptically (and unimaginatively) called “J” — Paulo, 59, decides to crisscross the world in search of answers. After all, he nonchalantly tells us, “Travel is never a matter of money but of courage.”

Paulo’s journey takes him to places like the cities of Tunis, Tunisia, and Novosibirsk, Russia, as he speaks at engagements attended by droves of faithful readers, and wines and dines with a cast of eccentric characters.

There’s an unnamed clairvoyant from Morocco who spoils dinner by accurately predicting an impending car accident when all Paulo wanted was to talk “with friends who share a passion for classic Harley-Davidsons.” A translator, a retired language teacher by the name of Yao, quotes from the Tao Te Ching. And a young Turkish violinist, Hilal, introduces herself to Paulo in a manner that in any other context but the whimsical universe in which Aleph takes place would be construed as a tacky pickup line: “My name’s Hilal, don’t you remember? I came to light the secret fire.” It is with Hilal that Paulo experiences “aleph,” the mythical “point at which everything is in the same place at the same time.”

Next: A malaise dating back to the Spanish Inquisition. >>

In this book, everyone speaks in multilayered maxims or platitudes that can mean a lot of things or, most likely, nothing at all. Facing a thug at a Russian restaurant, Yao claims he’s not afraid because “[O]nly the living die.” The thug relents. When musing about difficulty communicating with others, Paulo reflects, “The trouble with words is that they give us the illusory sense that we are making ourselves understood as well as understanding what others are saying.”

The reader may find it difficult to grasp the supposed importance of these ruminations when almost everyone in the book resorts to Hallmark Card-speak and esoteric verbiage. Worse, we are faced with character sketches at the mercy of a paper-thin plot. In a nutshell: During his journey, Paulo discovers his malaise stems from having wronged Hilal in a past life. As a Catholic priest during the Inquisition, he tortured the girl over allegations of devil worship and stood silent when she was condemned to death by burning. Paulo atones during the trans-Siberian leg of his pilgrimage.

Brazilian best-selling author Coelho claims to have drawn inspiration for his novel from Borges’s story. While it might be unfair to compare the authors — Coelho has sold more than 130 million books yet never achieved the literary acclaim of Borges — it is not the quality of the writing but the humorless solemnity of the novel that stands in most striking contrast. While both tales deal with the “aleph,” it takes Coelho 269 pages to conclude that only through the present can we redeem our past. The travails he subjects his readers to are not worth this ultimately vapid realization.

You may also like: Justin Torres' hard-hitting debut novel We the Animals.