En español | The harried 67-year-old wife, though still devoted to her longtime husband, couldn't stop complaining about his selfish behavior. "Ever since he was diagnosed with Parkinson's disease a few years ago, I haven't minded helping him get dressed and walk; I even cut his meat," she said. "But I can't stand how demanding he's become. And he never thanks me."

She is one of millions of American spousal caregivers who have taken their vows of "in sickness and in health" to heart. In the process, she has made many sacrifices to take care of him. She resigned from her part-time job, gave up her walking club and cut back on babysitting their grandchildren. But he seems oblivious to all she's done, constantly fretting about his increasing tremors and the timing of his next pill.

The wife's complaints are reflected in the results of a recent AARP and United Hospital Fund survey of 336 spousal caregivers (part of the larger Home Alone study) that found, compared with caregivers who are the adult children of aging parents, those spouses tend to be older, poorer and more likely to be living in the same household with the care recipient and performing nursing tasks. 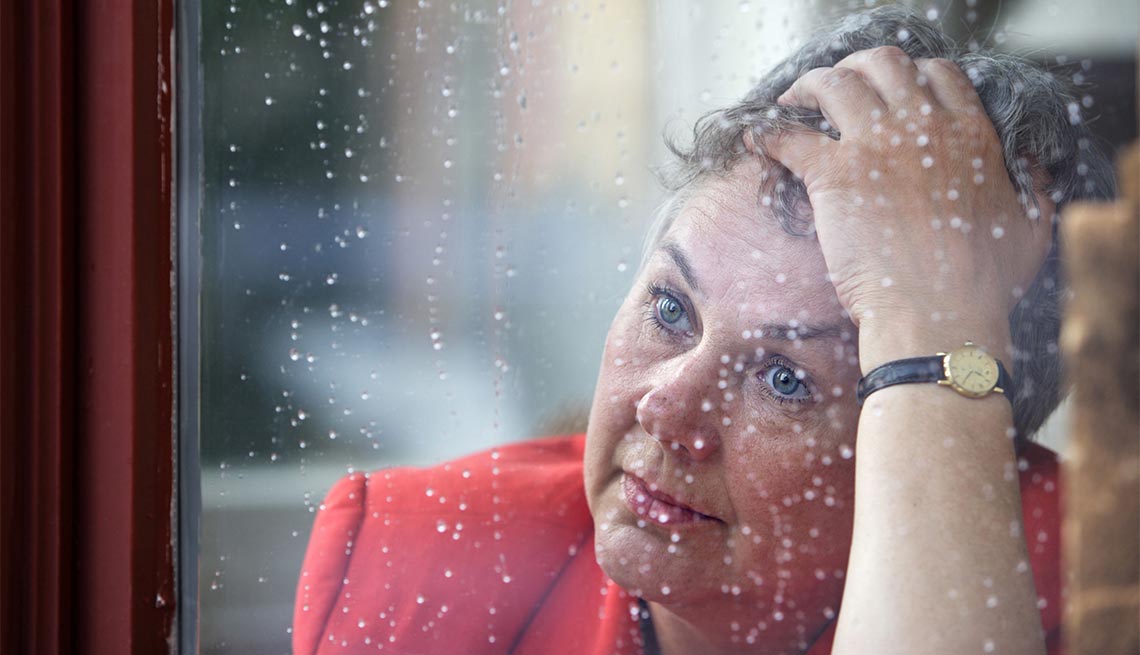 Many spousal caregivers have taken their vows of "in sickness and in health" to heart.

They also are more likely to have medical issues of their own, suffer higher rates of stress and receive less external support from family members and friends. Seventy percent felt they had no choice but to provide care.

When I meet with such spousal caregivers in my psychology practice, I observe many of the struggles indicated by the study. Most spouses want to do the right thing for their beloved partners but are ground down by ongoing demands and demoralized by the lack of acknowledgement they receive. They often become more socially isolated over time. They sometimes become depressed.

Here are some ideas that may help lower the risks of physical and mental exhaustion for spousal caregivers.

Compartmentalize being a loving spouse and a dutiful nurse

Caregiving often changes the dynamics between partners — from sharing the joys of living and planning a brighter future to merely surviving the numbing drudgery of daily care tasks. Some of the passion and friendship may go out of the relationship; sadness or even mutual resentment can creep in. To minimize these effects, spousal caregivers should strictly segregate caregiving activities from their own time together as a couple, and thereby try to preserve the kind of interactions that have always been a part of their married life.

For the wife of the husband with Parkinson's disease, that would mean setting aside hours during the day when she and her husband will only be allowed to talk about nonmedical issues — for instance, their grandchildren, holiday plans or the unguarded exchanges of lifelong confidantes. At other designated periods, they would go about the business of toileting or administering pills as quickly and efficiently as possible. Better yet, if the couple can afford it, they could hire an aide to handle the nursing duties so that the wife can concentrate solely on being an emotional partner.

Adult children caregivers are sometimes treated as virtual heroes, praised highly for pitching in at all for their aging parents. Spousal caregivers, on the other hand, are frequently taken for granted, as if limitlessly caring for their partners without any concession or complaint was part of the original and binding commitment they'd made. In seeking social and emotional support, therefore, spousal caregivers should be selective, seeking out others who have had similar experiences and who will be more effective supporters.

One possible choice for our wife described above would be to find a local support group through a disease-specific organization such as the National Parkinson Foundation. Another possibility is to contact the Well Spouse Association, a national organization that's made up of spousal caregivers coping with a broad range of medical conditions and that sponsors support groups throughout the United States and Canada, as well as a telephone support group and online message board.

Ask the ill spouse to give, not just receive

Spousal caregiving over time tends to create more imbalanced relationships. The more the caregivers give and the more the ill spouses take, the more likely it is that the latter will increasingly identify themselves as patients who require all the attention. They need to be reminded that (medical conditions permitting) they are not completely incapable of giving back to the partners who care for them — at the very least, expressing heartfelt gratitude. This can go a long way toward bolstering spousal caregiver morale.

The wife should bluntly tell her husband that, even if Parkinson's disease prevents him from washing dishes or mowing the lawn, he can still listen to her feelings and not be so wrapped up in himself. This won't hurt him. To the contrary, it will prompt him to be her partner and more mindful of providing love and comfort as the two of them face life's adversities.