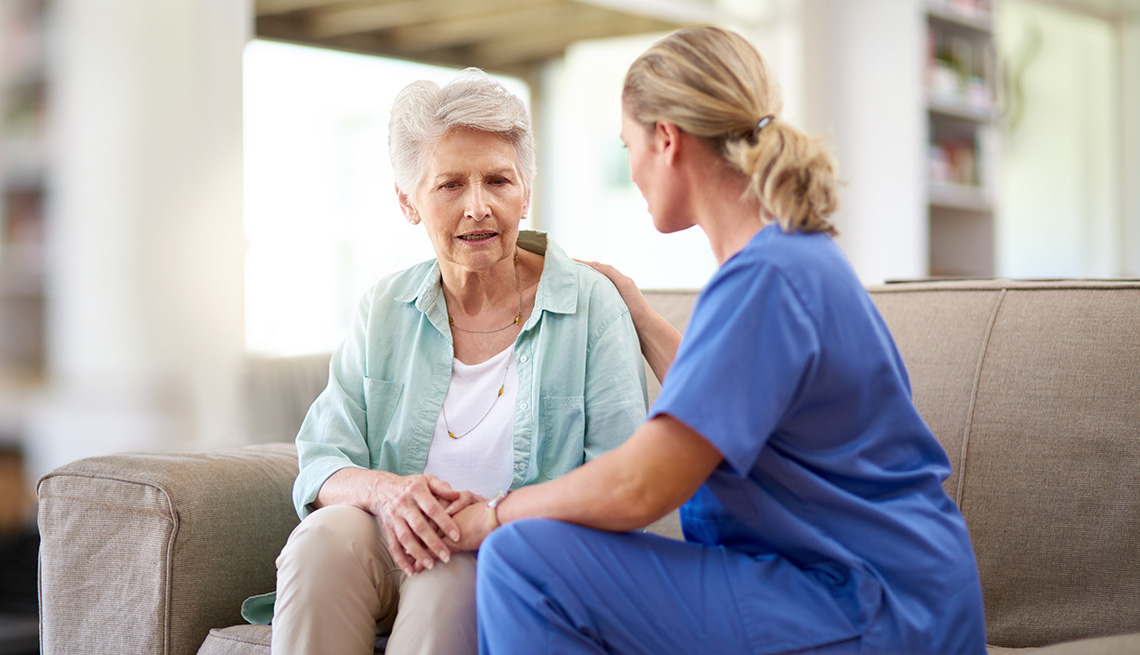 We expect our older relatives to slow down as they age, but a significant drop in energy level or a marked change in mood or behavior could signal a more serious matter. Here are some ways to assess your loved one’s mental health needs and seek treatment.

Depression is a serious medical illness that often goes unrecognized and untreated among older adults, according to the National Institute of Mental Health. It’s normal for an older person to feel sad every once in a while or frustrated by health problems or financial concerns. If one of the following symptoms persists and interferes with daily life, however, your loved one could be suffering from depression:

Having a chronic illness or limited ability to function increases a person’s risk of developing depression. If your loved one shows signs of the disease, seek treatment. Left untreated, depression can affect one’s physical health and quality of life. Treatment can include antidepressant medications or talk therapy — or a combination of the two.

Depression sometimes gets misdiagnosed as dementia, a decline in mental ability that can be caused by Alzheimer’s disease, stroke, brain tumor and other illnesses. People with dementia have problems with at least two brain functions, such as memory and language.

It’s also not unusual for a person with dementia to develop depression. Before depression sets in, however, mental decline will have already begun. Other psychological and emotional issues that can arise from dementia include anger, anxiety, loss of inhibitions and paranoia.

Could your relative have depression or dementia? Or is there another explanation for a change in energy level or behavior? To find out, take these steps:

Suicide rates are particularly high among older Americans. Those suffering from depression are at greatest risk. Do not ignore remarks about suicide, especially if there’s a history of suicide in your family. Report them to your loved one’s doctor, and encourage your relative to seek treatment immediately. Firearms can pose an increased risk to suicidal older adults. If there are firearms in the home, remove them as soon as possible. For more advice, call the National Suicide Prevention Lifeline: 800-273-8255. All calls are confidential.

Lastly, if you don’t live nearby ask friends and neighbors to look in on your loved one more often. Also, work with the Area Agency on Aging to develop a support plan for this person.

You may find that caring for a loved one takes a toll on your own mental health. Make a point of keeping stress in check. Joining a caregiver support group can help.