Most nursing homes get some federal money; assisted living under state oversight 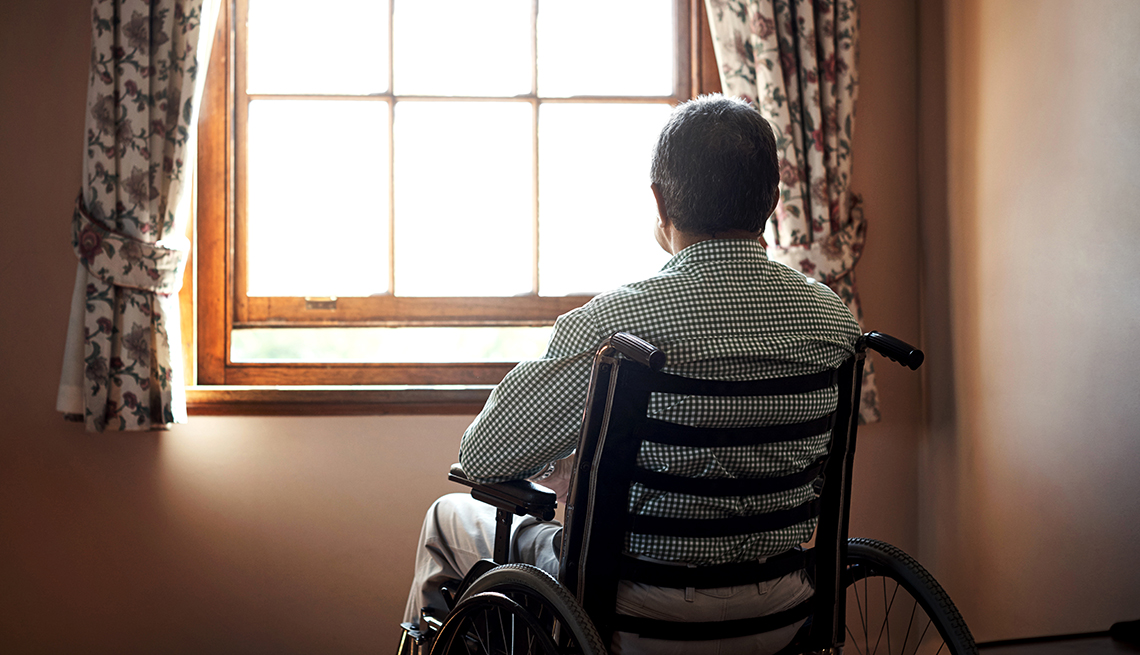 Seniors and their families may assume that federal safeguards against elder abuse apply equally to residents in nursing homes and assisted living facilities.

In reality, such federal protection is scant in the burgeoning world of assisted living residences. That's because the U.S. government largely leaves assisted living oversight to the states, resulting in a hodgepodge of rules coast to coast.

That continues even as assisted living residents, who largely pay for their care, grow older and medically needier. Most have cognitive disorders, resembling the residents of nursing homes in years past.

More federal money is paying for assisted living: Medicaid pays for nearly 17 percent of assisted living residents. Even so, when it comes to elder abuse, the federal Centers for Medicare & Medicaid Services (CMS) continue to rely on states to police and prevent it.

Now a government study published this year concludes that states’ rules for reporting and probing elder abuse in assisted living are typically far weaker than the parallel federal rules for nursing homes.

If you're visiting relatives or friends in assisted living residences, look for these warning signs of possible maltreatment or neglect.

• Lack of cleanliness. Unkempt appearance and body odors, such as the smell of urine

If you suspect abuse, consult with facility managers and your state's long-term care ombudsman.

For instance, if a senior is abused in a nursing home, federal law requires the home to notify law enforcement in a specific time frame. No such federal rule governs abuse in assisted living homes, according to the August 2019 report from the Government Accountability Office (GAO), the federal government's lead audit agency.

Another GAO report last year found that 26 of 48 state Medicaid agencies could not cite the number of serious incidents in assisted living — including physical, emotional and sexual abuse — in part because agencies lacked systems to collect that data.

A spokeswoman for the assisted living industry said that the GAO's findings do not reflect the entire profession.

"The majority of caregivers are dedicated to serving residents with the highest quality of care,” Rachel Reeves at the National Center for Assisted Living said in email. She cautioned that more federal oversight is not a panacea and that state agencies are best-equipped to monitor assisted living communities.

"You also tend to see better collaboration between various stakeholders — consumers, policymakers and provider groups — at the state level where everyone is working together to develop new innovations or solutions,” Reeves wrote.

Yet a flurry of recent news investigations has revealed new problems.

• In Georgia, a 91-year-old World War II veteran in a Marietta assisted living facility died after an employee beat him, one of 90 abuse cases in a four-year period that the Atlanta Journal-Constitution pinpointed in the state.

• In Ohio, a resident with cognitive issues attacked and raped a 95-year-old woman with dementia in her own bed in a Middletown assisted living home, the (Cleveland) Plain Dealer reported. The woman died a month later.

• In Minnesota, an assisted-living resident in Bemidji molested a woman. The incident didn't result in her death, but a state probe dragged on for three years, including more than a year after she died, the (Minneapolis) StarTribune reported in a series that helped spur the toughening of state rules.

The drumbeat of revelations has prompted more calls for federal involvement.

Reeves of the National Center for Assisted Living industry group is encouraging the federal government to give more guidance to states on how to define, report and investigate potential abuse and neglect.

You must be a watchdog

Some advocates for seniors worry about conditions in the homes that accept Medicaid payments under the so-called Medicaid waiver program, which allows people who might qualify for care in a nursing home or other institution to get money for long-term care in another setting. Those are the homes that sparked the GAO reports since they are paid with federal money, and some senior advocates say the quality of some of those homes is questionable.

"While we cannot speak for other states, California has strong and overlapping abuse reporting requirements and staff training mandates,” Sally Michael, president of the California Assisted Living Association, said in a statement to AARP.

In Oregon, the state's long-term care ombudsman is concerned about the differences in protections for residents of nursing homes vs. assisted living communities. Fully 95 percent of assisted living homes in his state are doing an excellent job, said the ombudsman, Fred Steele.

But nonlicensed, noncertified employees typically care for residents, he said. And he is especially concerned about homes with large numbers of residents on Medicaid that may be providing substandard care.

Steele recounted his visit to such a home after receiving a photo of its empty refrigerator. The front door was missing, every hand sanitizer dispenser was empty, and the decrepit van for transporting residents had expired license plates, he said.

"Very simply, CMS needs to be looking at this,” Steele said. “They need to be exploring and thinking about this with congressional members about what regulations are needed."

How to find assisted living records

But no such efficient nationwide system exists for assisted living homes. So consumers searching for high-quality homes must review state inspection records to learn more about potential elder abuse issues and other problems.

This can be a challenge. Health agencies in some states and social service departments in others regulate assisted living facilities.

Many states do not post inspection reports online, and some states require that consumers file formal public record requests to obtain copies of records. Some examples:

• California. Inspection reports, complaints and other records can be found on a searchable website overseen by the California Department of Social Services.

• Connecticut. Reports are available via public record requests from the Department of Public Health, which has begun posting new violation letters and correction plans online, accessible by clicking on a home's name and the word Detail.

• South Dakota. Reports can be obtained from the Office of Health Facilities Licensure & Certification of the state Department of Health by emailing requests to doh.info@state.sd.us.

Check out your state's regulations in the National Center for Assisted Living's 2019 report.

Deborah Schoch is an independent journalist who helped found the California Health Care Foundation's California Center for Health Reporting at the University of Southern California. Earlier, she worked for 18 years at the Los Angeles Times. 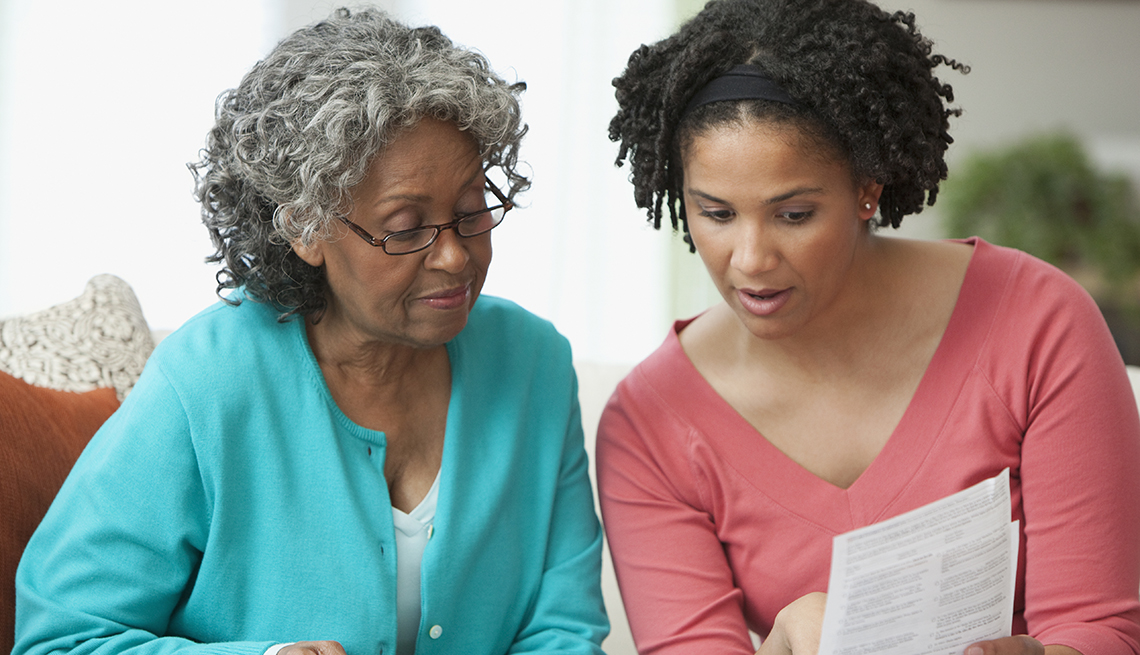 Tapping assets like your house is an option, but proceed with care 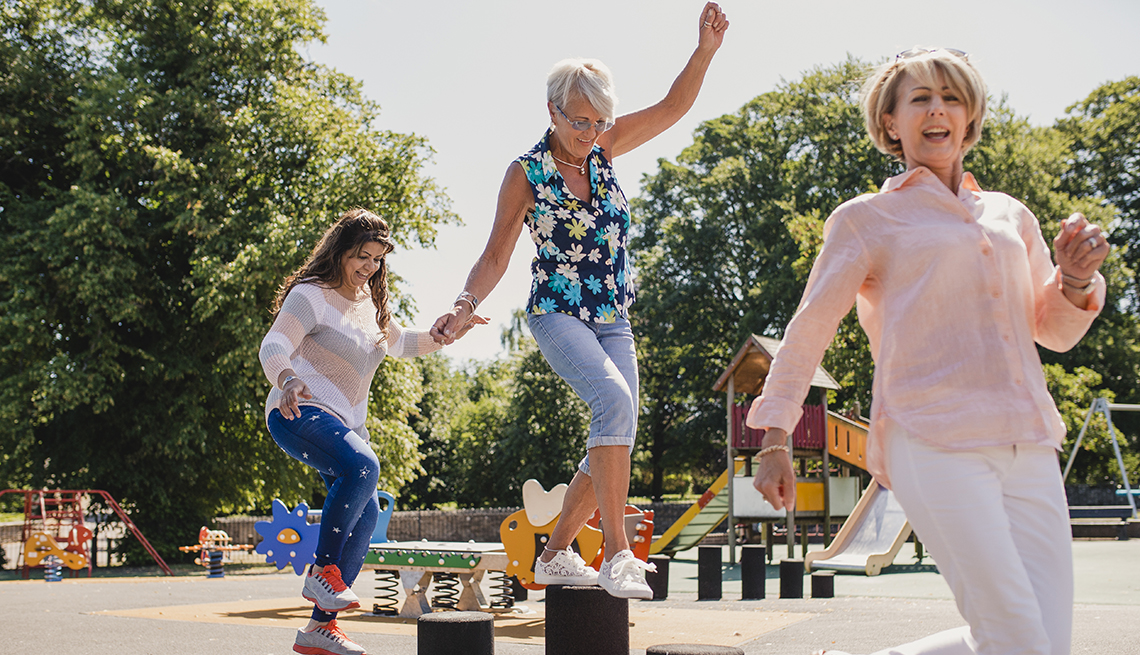 If and When to Buy Long-Term Care Insurance

Weigh these factors before you decide