What you should know about these towable RVs 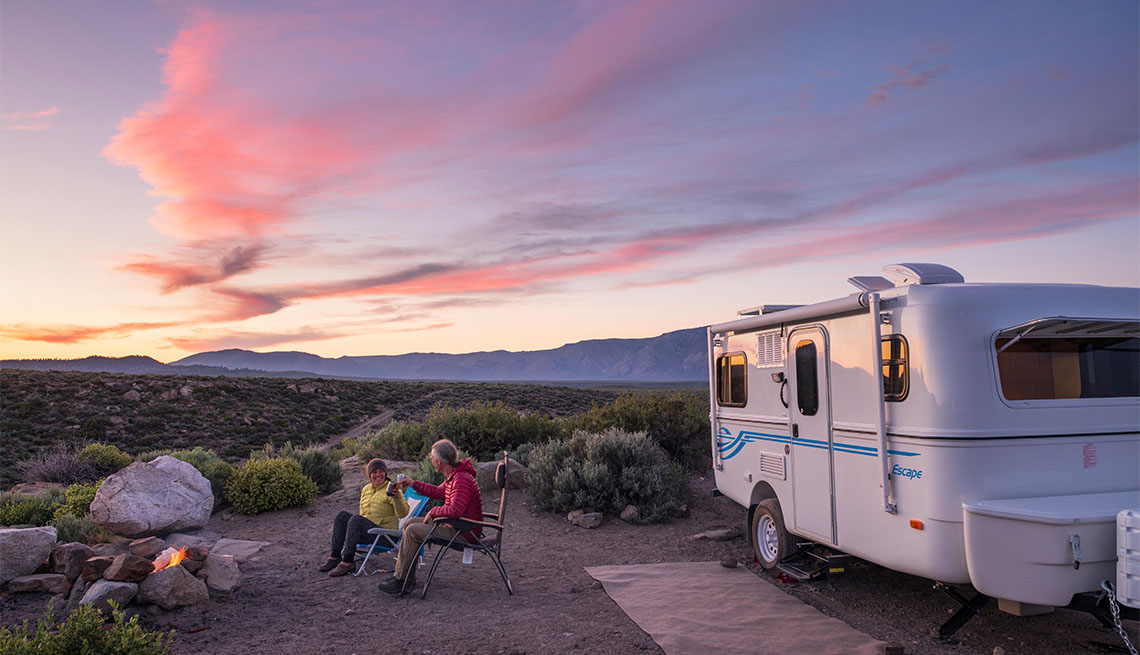 A couple warms by a fire in front of their travel trailer as the sun sets near Mammoth Lakes, California.
scott sady/tahoelight.com / Alamy Stock Photo
By

If bare-bones, backwoods tent camping isn't your idea of fun but a 35-foot luxury RV home-on-wheels isn't in the budget either, a middle ground that's comfortable and affordable is likely within reach.

As people have begun to rediscover the outdoors this summer, sales of travel trailers and pop-up campers that you can pull behind your full-sized sedan, SUV or pickup have taken off. Many people 50 and older who spent most of the spring at home trying to keep the coronavirus at bay started to get cabin fever as the weather warmed.

"The floodgates really began to open in May,” says Mike Pearo, owner of Hilltop Camper & RV, with three locations in Minnesota. “It's as if some older customers were canceling their European vacations to come to buy RVs."

After a difficult March and April, Pearo's June sales were up more than 30 percent. And July has been trending higher as well, he says.

"The hardest thing now for consumers is finding the product they want on dealer lots,” says Mike Regan, president of Crestview RV Center in Austin, Texas. While he normally has a three-month supply of trailers, he now has about a two-week inventory.

'We don't have to stay in motels’

10 tips for choosing a trailer

1. Do your research online, including a look at dealer reviews, before you head to a dealer.

2. Rent a trailer exactly like the one you want for a week as a sort of test drive.

3. Talk with current owners of the model you like before purchasing.

4. Think about a trailer that may be a bit larger than you want instead of too small.

5. Get a full explanation of how everything in the trailer works.

6. Make certain that the car or truck you already own can tow the trailer when loaded.

7. Ask the salesman to go on a practice ride with you before committing to buy.

8. Accept that the bed will not be as comfortable as your bed at home.

9. Make sure any air-conditioning system you buy with it is hardy enough for hot summer days.

10. Find out about the warranty; most are for one year.

By early June, Richard Fliehs and his wife, Tammy, decided they had spent enough time at home in Jarrell, Texas. Before the pandemic, they traveled often and made regular trips to visit family in South Dakota.

"For my wife, in particular, safety is a big factor,” says Richard Fliehs, 58. They were able to buy a travel trailer that sleeps six — including their four adult children still at home — for less than $16,000. “This way, we don't have to stay in motels, use public restrooms and eat inside restaurants."

Now they can travel to South Dakota to see the family, at least a two-day drive, but not pile into every part of the relatives’ house to sleep. And that will hold true even when post-pandemic life returns to normal.

"We can now stay out of everyone's hair,” he says.

Among the eager first-time purchasers of the smaller trailers are customers like the Fliehses. The average age of a recreational vehicle buyer is about 45 years old, according to the RV Industry Association, which has offices in Elkhart, Indiana, and Reston, Virginia, near Washington, D.C.

"They love the outdoor activity but want control of their environment,” says James Ashurst, executive vice president of the RV Industry Association. Plus “RV campgrounds allow people to social distance while still being outside."

Aliner, a major RV manufacturer with headquarters in Mount Pleasant, Pennsylvania, near Pittsburgh, normally has a four- to six-week backlog of orders. But right now the company is booked until January, says Allan Reeping, director of sales.

"People want to travel in their own isolation units,” he says.

The sweet spot for the 50-plus crowd is a smaller, towable recreational vehicle that costs less than $20,000. Used ones can be found for as little as $5,000, says Mike Quincy, auto writer at Consumer Reports.

Travel trailers have hard sides and a 6 1/2- or 7-foot-tall interior so their height, including tires, will fall well short of 12 feet to go under bridges and overpasses with ease. But you won't be able to fit one under your 7-foot garage door.

When closed, lighter weight pop-up campers may be 5 feet tall, including tires, but they expand to roughly the same height as their cousins after you stop for the night. The walls that pop up are soft tent-like material and their hard-sided box expands outward — sometimes on all four sides — as you set them up. So you'll experience the outside more in a pop-up, which can be great when the weather's nice but perhaps a little damp in a rainstorm.

Some models both of travel trailers and pop-ups might be outfitted with a utilitarian toilet and a shower.

You generally won't find another type of tow-behind camper, called a fifth wheel, for less than $20,000 new. A luxurious fifth wheel can rival a bus-like recreational vehicle in price. It also must be used with a pickup truck that has a special gooseneck hitch to anchor the trailer to the bed of the truck.

Because new trailers tend to depreciate rapidly, it's smart to first try renting or purchasing a used one, Quincy says. Even then, keep in mind that with so much interest in RVs this summer, finding a slot at an RV camp or state park will be tough.

Few are more familiar with this emerging trend of inexpensive travel trailers than Ray Roman, an Oklahoma blogger whose website GoTravelTrailers.com closely tracks the industry. Roman, 59, who started his blog before he bought, says owning a trailer gives him and his family freedom that others don't have now. 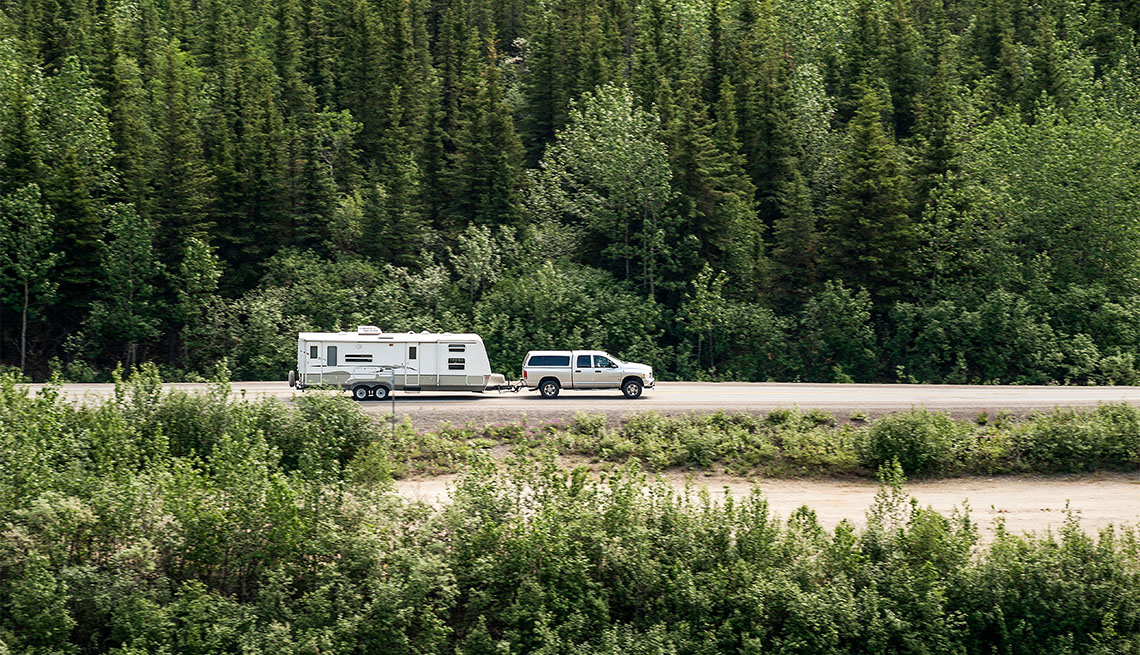 Vehicles that tow any kind of trailer have less ability to start and stop quickly.
Mira / Alamy Stock Photo

How to drive with a trailer

Your car, SUV or pickup will handle differently with even a small trailer attached. Here's how you can make piloting this ship the best experience.

• Load your supplies toward the front, the heaviest in front of the trailer's axle; center them; tie them down; and pack minimally.

• Check tire pressure on both your vehicle and the trailer to correctly inflate the tires. Also note the speed ratings for your trailer's tires, often 60 to 65 mph, and stay under that maximum speed.

• Practice backing up, braking and maneuvering in a wide open space, such as an empty parking lot, before you hit the road. Make sure you can see the back end of your trailer through both side mirrors.

• Empty any wastewater and gray-water holding tanks often on a trip to reduce your weight and increase gas mileage. Wait to fill your freshwater tank before you set up camp rather than at home for the same reason.

• Drive more slowly than you would if you had just your car and make peace with staying in the slow lane. You will accelerate more slowly because of the extra weight and take longer to stop. The higher center of gravity that most trailers have in comparison to cars means they can tip over more easily. Slamming on the brakes could cause a skid or jackknife.

• Anticipate making wide turns so you won't bump anything on the inside of a turn, and avoid any turns sharper than 90 degrees.

• Be wary of trailer sway. A large vehicle, such as a tractor trailer, passing you at a high speed can cause your trailer to wiggle back and forth. High winds or high speeds also can cause the problem. Don't try to counter steer; this is not an icy parking lot. Instead, take your foot off the gas to slow down by at least 10 mph. Don't apply the brakes. Hold your steering wheel in the straight-ahead position. As soon as possible, stop to reload your trailer with at least 60 percent of your cargo's weight at the front. 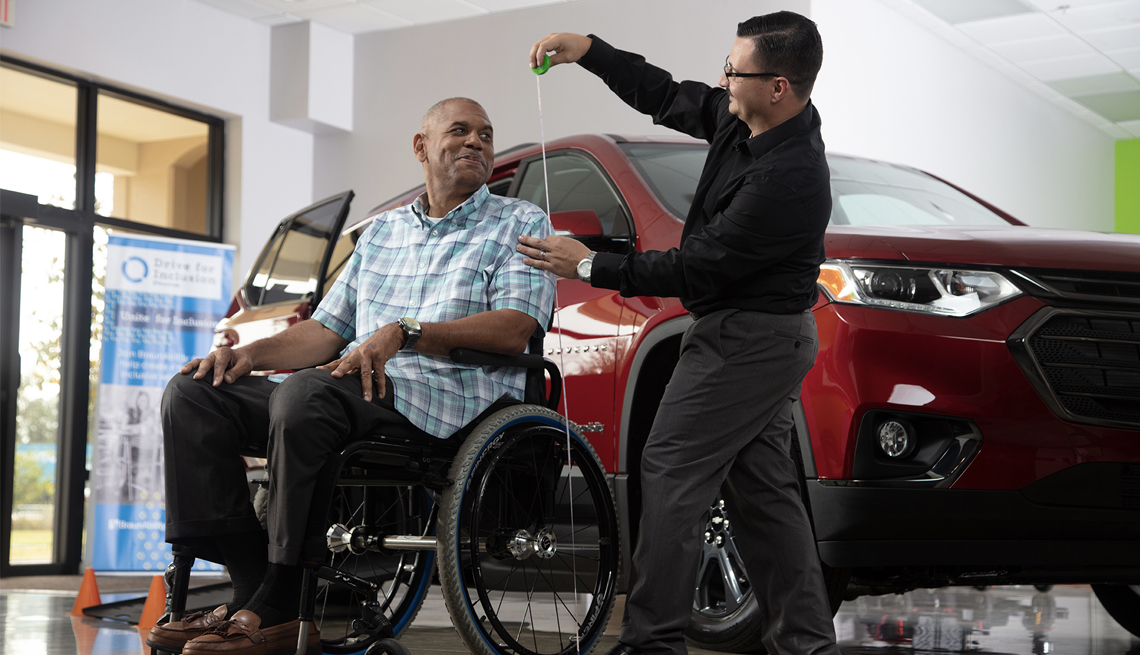 Tips on Modifying and Buying Vehicles for Wheelchair Access

Caregivers have many choices for transporting loved ones 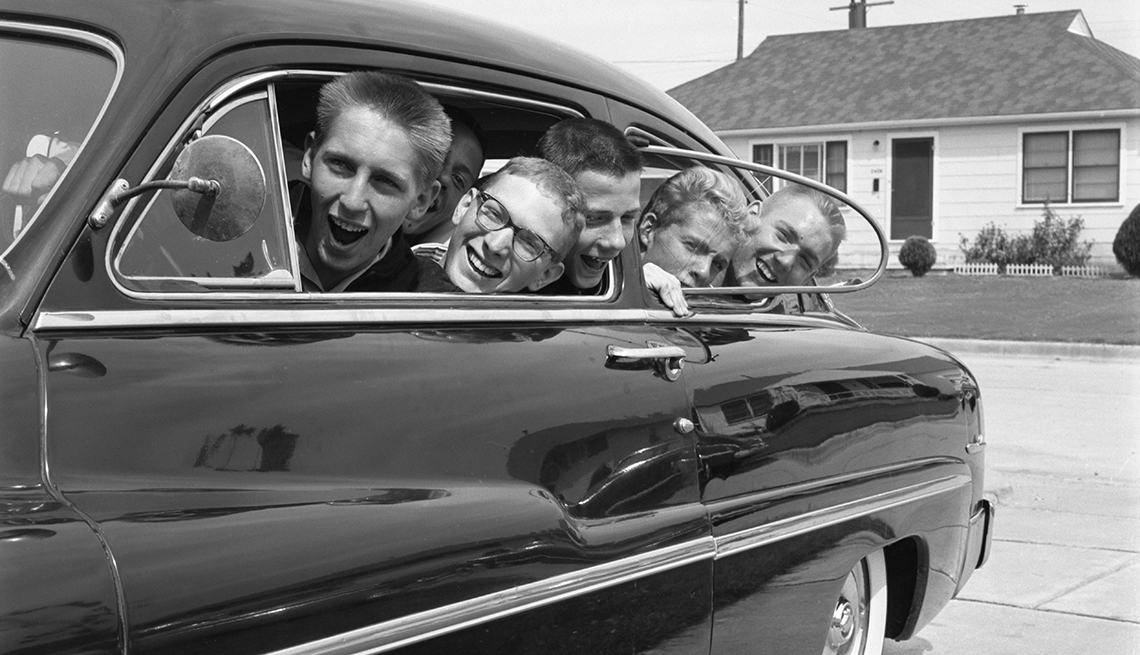 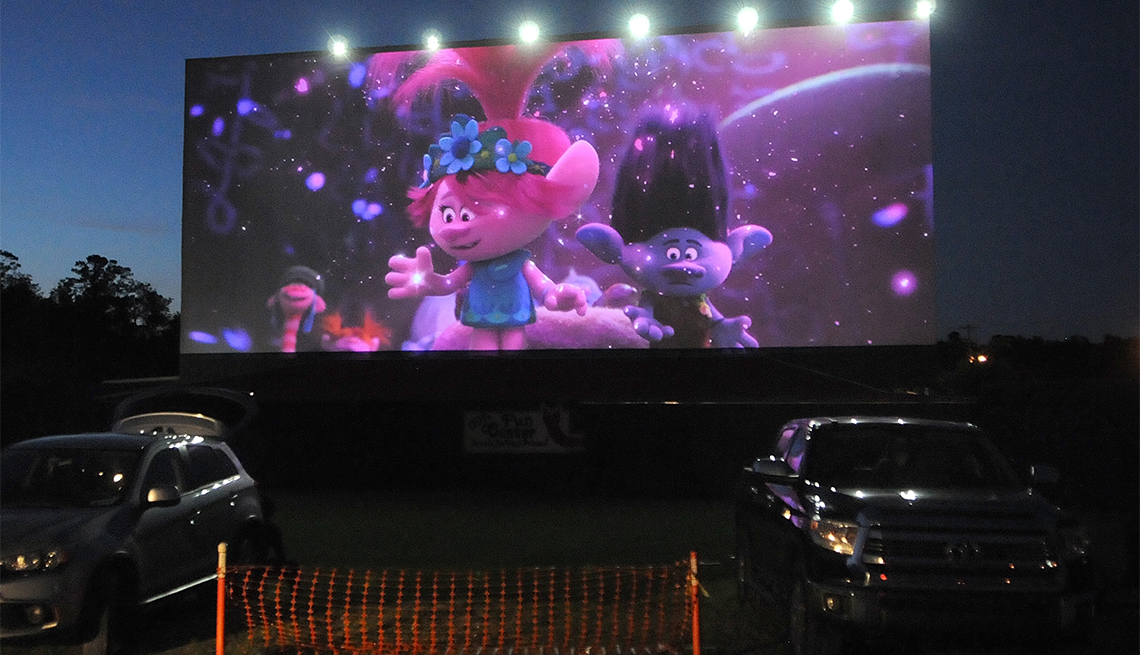 Drive-In Theaters Can Get You Out of the House

You can see summer movies and follow the social distancing rules