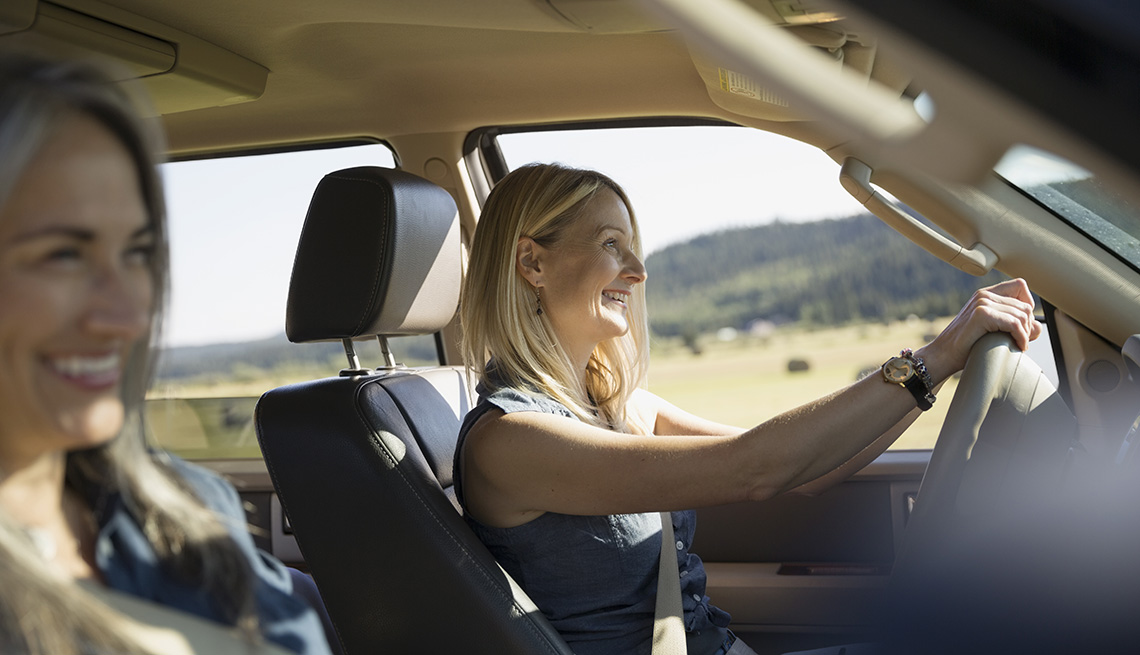 En español | In 1979, gas cost 86 cents a gallon, the Oldsmobile Cutlass was America's best-selling car, and seat belt laws were still years away. That was also when AARP introduced its AARP Driver Safety program, then known as 55 Alive, and it's still helping older drivers stay independent and safe. More than 16 million participants have completed the program and it's the nation's largest driving refresher course for people 50 and older.

The program began out of necessity: At the time, no similar course focused specifically on the needs of older drivers. In 1967, AARP and the National Retired Teachers Association (then part of AARP) reached an agreement with the National Safety Council to share its defensive driving course with AARP members — but the program was geared toward younger drivers and focused on issues like speeding and driving while intoxicated.

"It was hard to get people to take it, it was cumbersome to teach, and we didn't have more than 25,000 to 30,000 graduates a year across the country,” says Michael Seaton, who worked in AARP's planning and research department and convinced AARP officials that the organization should develop its own driver safety program.

He started from scratch. It took about a year and a half, but Seaton developed the materials and wrote both the student workbook and instruction manual. The program was piloted in four states — California, Florida, Illinois and Virginia — in January 1979. AARP expanded it into all 50 states starting in late 1982.

State legislatures would soon give the program a boost. Seaton and AARP had developed a model bill, which stated that people age 55 and older who graduated from a state-approved older-driver refresher course were entitled to a discount from auto insurance companies in their state. Participants had to repeat the course every three years to keep the discount. As more states approved the legislation, more students took the course — and became better drivers.

Why focus on age 55? Statistically, that's when car accidents begin to increase, says Seaton: “Accidents are high when we're teenagers, they bottom out in middle age, and they start to rise again — accidents per mile — as we get older. That's also when normal age-related physical changes begin to accelerate: Vision, hearing, reaction time.”

When accidents occur, older drivers have higher rates of fatalities and injuries than younger drivers, he adds.

To reduce those risks, the program helps drivers recognize and adapt to age-related physical changes, such as vision loss. Using data from the National Highway Traffic Safety Administration, Seaton and his colleagues learned that older drivers had major problems dealing with right-of-way situations and making left-hand turns. They were misjudging distances between cars and the speed of oncoming traffic, and struggling to merge onto roads and highways, due to vision and depth perception issues.

The first step in solving the problem, he says, is convincing students that the problem exists.

"People come into the course thinking, ‘You're not going to teach me anything because I've been driving for years,’ “ he says. “But they learn so much. And then they think, ‘Well, yeah, I didn't see a car coming the other day from the right.’ So now in right-of-way situations, they're more observant. They're taught to understand that as you age, your vision changes, and it's harder to judge the distance of the car coming towards you.”

One of Seaton's recommendations: Make three right turns instead of one left turn. “It takes a little longer, but you never come across traffic making a left turn."

AARP Driver Safety's Smart Driver classroom course is held around the country and led by a network of more than 4,000 volunteers. The program also includes an online course, available in both English and Spanish.

There are other courses: Smart DriverTEK workshop explores new vehicle safety technologies; the CarFit program ensures that drivers are safe and comfortable behind the wheel; and We Need to Talk is an interactive online seminar that provides advice on identifying when it's time to limit or stop driving, and how to discuss this with loved ones.

Such programs have never been more important. In the early 1970s, half of Americans 65 and older had a driver's license, according to the Pew Research Center — but today the number is 84 percent.

As for Seaton, he's still an instructor, gratified that the program has allowed so many older people to keep driving safely, and therefore “maintain their independence for as long as they can,” he says. “That's been the greatest enjoyment for me."