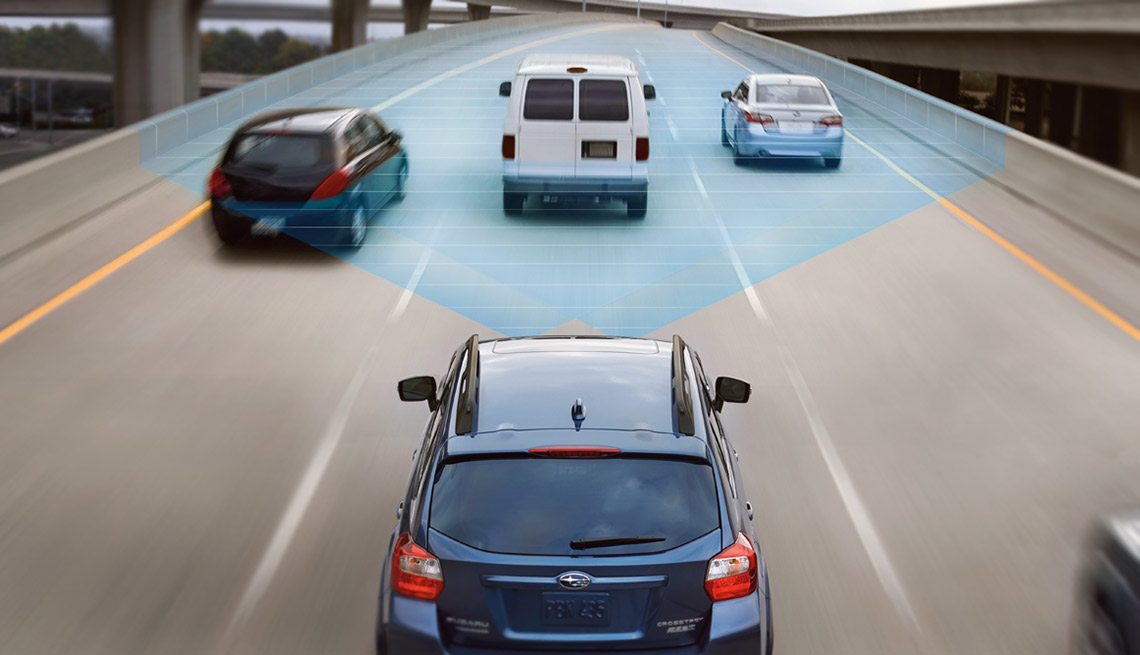 After a recent NHTSA challenge, 20 auto manufacturers have pledged to include Automatic Emergency Braking systems on vehicles within the next decade.

Until a few years ago, automatic emergency braking (AEB; sometimes called autonomous emergency braking) was an exotic and rare auto feature, limited to high-end luxury models. But then came Subaru’s unveiling of its EyeSight AEB system on some affordable 2013 models.

NHTSA predicts that most automakers’ acceptance of the challenge will make AEB standard on new cars three years faster than could be achieved through the formal regulatory process. And the feature could be arriving a lot sooner than 2022.

Why take a Smart Driver course?

Here’s what you need to know about AEB.

Q: How does it work?

A: Cameras, radars, lasers or a combination of those on your vehicle scan the road ahead for obstacles. If the sensors detect that you are moving too fast to avoid hitting something in front of you — a stopped car, one that slows suddenly, a pedestrian, a barrier — AEB sounds or flashes a driver alert, then begins braking, often harder and faster than you can.

There’s no guarantee you’ll avoid the crash, even with AEB. The systems are able to cut your speed only a certain amount. AEB will slow you to minimize the impact but might not be able to halt your vehicle in time to prevent it.

Typical speed reduction information from automakers is 19 mph to 30 mph from whatever speed you’re driving. Think of it as a system that automatically will stop you before you hit a stationary obstacle while you’re driving 19 mph to 30 mph, depending on the system, and you’re relying entirely on AEB to stop your car.

Q: Will we really have to wait until 2022 for this feature?

A: No. It’s on some models now, and competition is likely to spur the automatic-stopping race.

For instance, Toyota recently announced that it would begin to include the technology on almost every new Toyota and Lexus vehicle by the end of 2017. AEB quickly will be “standard on all models, all trim levels,” says Toyota safety spokesman John Hanson.

Since Toyota is among the U.S. auto sales leaders — behind only GM and Ford — that alone will pump a significant number of AEB vehicles onto the road quickly.

In addition, Ford’s 2017 Fusion midsize sedan, while it doesn’t use the AEB moniker, has what it calls “adaptive cruise control with stop-and-go.” Ford says the feature can “automatically apply up to full braking force [to] … help reduce the severity of, or even eliminate” some collisions.

Like some others, Ford’s system also will bring the stopped car back up to traffic speed with the touch of a control — something you might use after the system eases you to a halt behind a car stopped for a traffic light, for instance.

Q: Until it becomes standard, what will AEB cost as an option?

A: Depends on the automaker. Subaru’s EyeSight starts at $1,195. Toyota’s system costs as little as $500. Mostly, automakers package their versions of AEB technology with other features, so you have to buy a pricier options package or a higher-level version of any particular model to get AEB.

Save with the AARP Auto Buying Program. Discover How!

Q: Are there affordable cars with AEB now?

A: No. Drivers still are responsible for stopping in time.
Depending on your speed and how far ahead the slowing vehicle or stationary obstacle is, there simply might be too little distance for AEB to stop in time.

And there can be glitches. Subaru, for instance, recalled 72,000 of its 2015 and 2016 models with EyeSight last year because the AEB wouldn’t work at all if a taillight switch failed.

Q: So will AEB really prevent accidents, or is it just a gadget?

“Cars that have these systems have 14 percent fewer crashes with other vehicles than cars that don’t have the system,” IIHS Executive Vice President and Chief Research Officer David Zuby told CNN during a recent interview. In addition, an IIHS report shows that AEB technology can reduce insurance injury claims by as much as 35 percent.

Q: How will AEB help ordinary drivers and their passengers?

A: AEB could at least partially make up for distracted drivers who fail to notice how fast they’re approaching a potential rear-end collision, as well as help compensate for slower reaction times that can come with aging. IIHS President Adrian Lund last September said, “Most crashes involve driver error. This technology can compensate for the mistakes every driver makes because the systems are always on alert, monitoring the road ahead and never getting tired or distracted.”

Q: What companies have agreed to offer AEB?

Q: Are automakers simply answering the challenge issued by NHTSA and IIHS?

A: There’s a profit motive, of course. It’s not lost on car companies that there are marketing benefits of getting IIHS’ highest crash-test score, “Top Safety Pick +,” which requires AEB or another accident “mitigation” feature. Companies achieving the top score emphasize it in ads.