Don't Leave These Items in a Cold Car

Some things don’t react well to the freezing temps 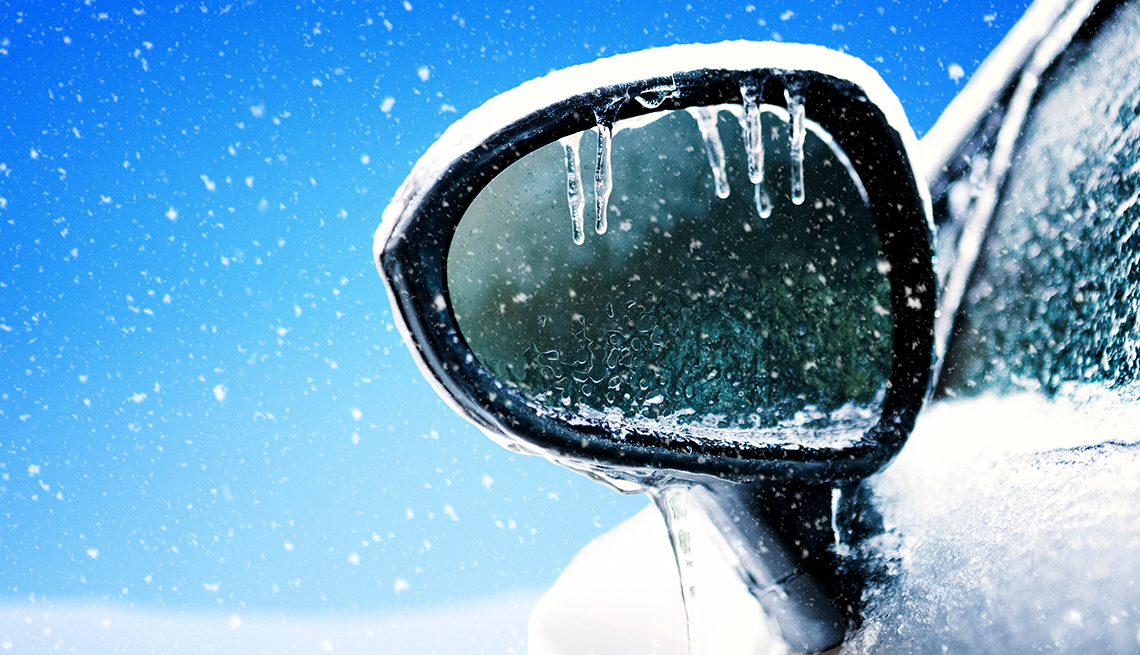 Items such as mobile devices and canned goods can be damaged if left inside a car in frozen temperatures.
iStock
By:
Austin O'Connor
AARP
En español
January 03, 2018

With much of the country locked in a deep freeze this week — and an ominous-sounding “bomb cyclone” possibly headed toward the Northeastern states — the temptation for drivers is to quickly escape their car upon arrival at a destination.

But look around before you do: The way-below-freezing temperatures can be harmful for all kinds of products that are easy to forget as you make your dash inside from the cold. These are among the worst items to leave in your car during an intense freeze.

Some medicines, including insuln, can lose their effectiveness if they freeze. As a general rule, any liquid medication in a suspended stated (i.e., it must be shaken before use) will be adversely affected if frozen. The best advice is to contact your pharmacist if you have questions.

A few months back, some folks who ponied up $1,000 and more for the new iPhone X got an unwelcome surprise when the weather turned cold and their freshly minted iPhones froze up. Apple soon pushed out a software update to help quell the issue, but it turns out most cellphones and tablets are susceptible to shutting down in very cold weather, which prevents the lithium batteries from discharging electricity, literally freezing your device’s operations. Experts say the issue usually is fixed when the battery is brought into warmer temperatures and recharged — but you wouldn’t want to test the theory by leaving your phone or tablet in your car overnight. The same issue can happen in very hot weather. Both Apple and Samsung advise operating phones in temperatures between 32 and 95 degrees. In cold weather, the glass screens are more prone to cracking as well.

Remember your grade school science lesson: When water freezes, it expands. That means if you have a can of soda, sparking water, beer or pretty much any water-based liquid in your car, you could be looking at a potentially explosive situation. Whole milk freezes at 31 degrees, Coca-Cola at 30 degrees and a beer with 5 percent alcohol at 27 degrees. Canned goods such as beans will react similarly if left in a freezing car. Nonliquid canned goods are less prone to explosion, but be careful of any food that freezes in a car: The U.S. Department of Agriculture (USDA) advises to thaw it in a refrigerator, and throw it away if it looks or smells in any way abnormal. If a canned good has burst, wrap it in a plastic bag and immediately discard it “where no one, including animals, can get it.”

Wooden instruments are particularly susceptible to damage in cold weather, as dry, frigid air can cause cracking and warping, which can sometimes be impossible to repair. At the very least, an instrument left in a freezing car will need to be retuned. The Real School of Music says to let a frozen instrument warm up gradually.

If your eggs freeze and then crack, throw them out immediately. Uncracked frozen eggs can be allowed to thaw in a refrigerator, but the USDA advises that cooking uses may be limited as freezing causes the yolk to toughen up.