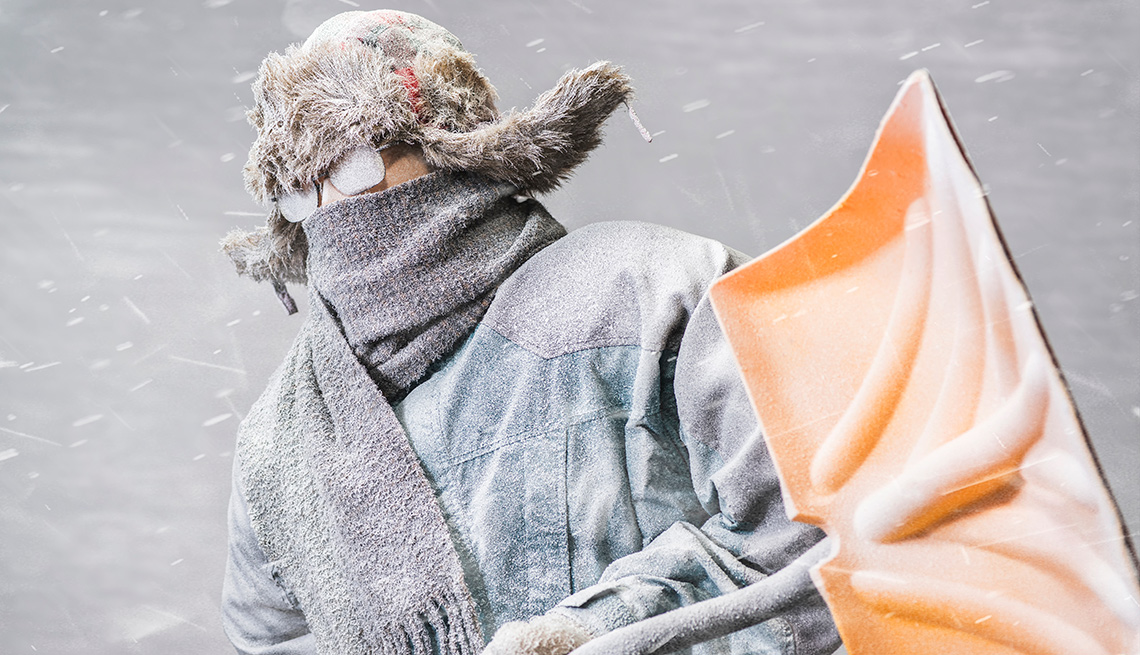 If you're not heading to a warmer climate, you'll need to unpack your winter gear and get ready for what may be a long, cold season.

Get ready to break out the flannel jackets and gloves. The warm fall sweater weather much of the country has been experiencing is only a tease. Winter is coming, and it’s going to be a cold one.

Meteorologists are predicting above-normal snowfalls and colder-than-usual temperatures in many regions. And the Farmers' Almanac concurs, noting that the 2017-2018 season will be colder and wetter than last year’s, especially in the East and Midwest. Specifically, the guide says big storms with heavy rain and snow could hit the Atlantic Seaboard on Jan. 20–23; Feb. 4–7 and 16–19; and March 1–3.

The predictions may be right. Already on Oct. 9, an early snowstorm stunned Coloradans, knocking down trees and electricity lines.

“We’re going to have a really early ski season out in the West,” Dan Leonard, senior meteorologist with the Weather Company, told Newsweek.

That snowstorm comes on the heels of several other disruptive events in recent weeks — including hurricanes named Harvey, Irma and Maria, as well as a 7.1 magnitude earthquake in Mexico City that killed hundreds of people. And this week, strong winds of up to 79 mph spread wildfires across Northern California, killing 17 people.

According to meteorology company AccuWeather, which released its predictions for the winter on Sunday, both the Northeast and mid-Atlantic regions will face a very chilly winter, especially when compared to last year. Both sections of the country also will be shoveling more of the white stuff, with the New York City and Boston areas expected to see six more inches of snow than normal.

“I think this year is going to bring a good ski season in the Northeast,” AccuWeather meteorologist Paul Pastelok said in a written release. “And around the holidays we should have some snow for the interior Northeast.”

The Northern Plains will be even colder, with low temperatures expected to drop to a tough-to-take minus 30 degrees Fahrenheit at times. But not everyone will be chilled to the bone. If you’re looking for milder weather this winter, head to the Southern Plains, Southwest and California, where conditions are expected to be drier than usual.

When it comes to the Southeast, Pastelok also believes conditions will be fairly warm and dry, with above-normal temperatures — especially in Florida and Georgia. He said the winter weather in parts of Texas should be mostly dry, and few storms are expected.

However it shakes out, enjoy the sweater weather while you can. Soon many of us will be trading in our apple cider for warm cocoa. Very warm cocoa.