Is This the Year to Buy an Electric Car?

Prices are down, range is up and home charging stations make it easier to plug in 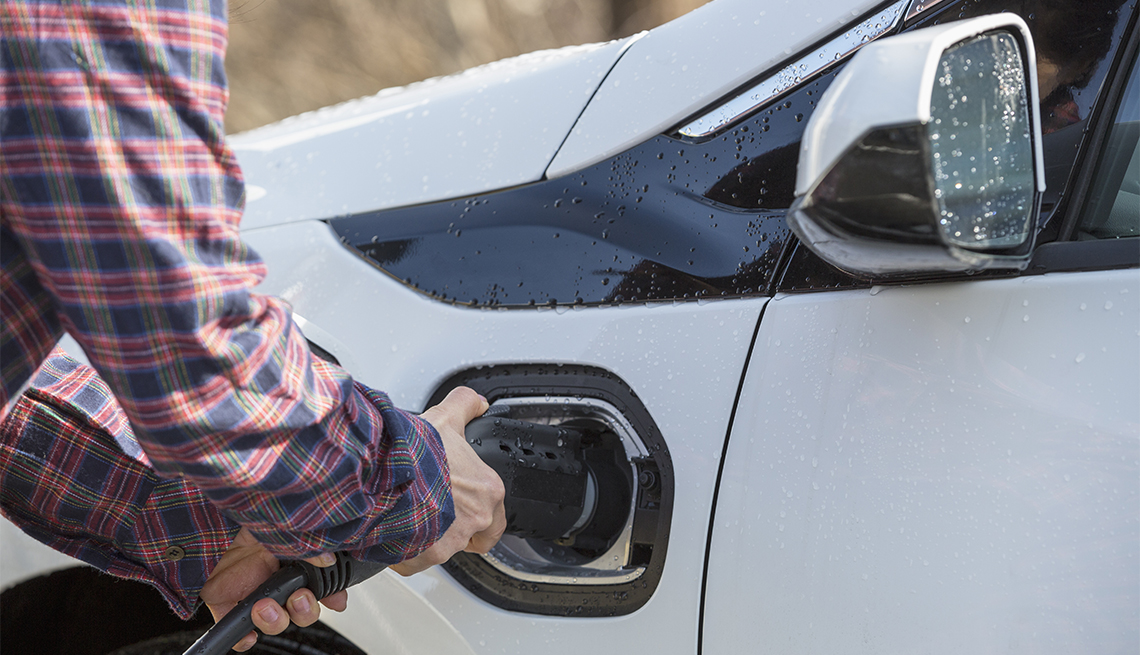 And they can perform like exotic sports cars. Electric cars finally are gaining traction with all the major carmakers committed to producing more models from compacts to pickup trucks.

So is now the time to turn on, plug in and drop out of the gas-powered car market?

Electric vehicles (EVs) have captured the popular imagination, in no small part because of Tesla. But are they really ready for the mass market? A lot has changed in a short time.

They are no longer limited to luxury models or spartan compacts. Yes, expensive sedans are on the market, like the $100,000-plus Porsche Taycan, but a slew of modestly priced 2021 models from the likes of Hyundai, Kia and Volkswagen also are available for around $30,000, with more coming.

And to address the worries about running out of power — so-called range anxiety — most EVs now can go 250 miles on a single charge and recharge to 80 percent in as little as 30 minutes.

True, combustion engine cars and trucks still dominate. Sales of electric cars represented only 2.6 percent of the market and about 1 in every 100 cars on the road worldwide in 2019, according to a June report from the Paris-based International Energy Agency.

Plus, the availability of public charging stations in the United States varies widely, with fewer in the Plains states and mountain West where distances between populated areas can be greater. The U.S. has more than 112,000 gas stations, according to a 2018 U.S. Census Bureau survey. But it has only around 28,000 charging stations with about 94,000 outlets, November 2020 data from the U.S. Department of Energy shows.

However, many EV owners are eschewing public charging stations altogether, thanks to new, less-expensive home chargers. They can make trips that are local or a few hundred miles total possible without worrying about where to plug in.

Charge it efficiently at home

At one time, a home EV charging station had to be hardwired into a house's electric system, only worked with specific cars and would cost several thousand dollars to install. Today, a new generation of home charging stations can be plugged in to some existing home outlets, work with virtually all EVs — even Teslas, using a $95 adapter — and cost as little as $600.

Utilities in several states offer price breaks, such as a $300 charger rebate for Eversource residential customers in Connecticut. And through at least the end of 2020, the federal government is offering an Alternative Fuel Vehicle Refueling Property Credit that gives property owners a federal tax credit of up to $1,000 to install a home charging station.

Many EV owners have opted for a home charger, creating an electric version of what amounts to a private gas station. Plug your car in when you get home, tell it to start charging when electricity prices are lowest at night, and the next morning you're ready to go. The cost of electricity used for charging at home can be less annually than what you pay to run your air conditioner, according to the U.S. Department of Energy.

The Enel X JuiceBox 40 is a fast charger, known as Level 2, that costs $599. It can be controlled via a smart phone app, thanks to a Wi-Fi connection, and even works with Alexa voice commands like, “Alexa, is my car charged?” It takes four to five hours to fully charge most vehicles.

The simplest JuiceBox model comes with a four-prong plug called a NEMA 14-50 that fits what has become a standard outlet for chargers, a 240-volt outlet on a 50-amp circuit often found in new homes outfitted for electric stoves. If your home already has such a plug near the circuit box in your garage, all you have to do is mount the charger and plug it in.

In most cases, however, you'll need to hire an electrician to install the outlet. Costs range from $200 to $800 depending on where you live and whether a new breaker box has to be installed.

Plug-in chargers also offer the benefit of portability. If you move, you can take the charger with you. Similar models are available from ChargePoint, Siemens and Tesla.

The cost of gas vs. electric fill-ups

When compared with gasoline, getting a full charge on your electric car's battery costs less per mile. While rates vary across the country, to charge your car in general you'll spend roughly half of what you now spend annually at the gas pump.

The average fuel cost for an electric vehicle in the United States is $485 a year, while the average for a gasoline-powered vehicle is $1,117, according to a 2018 University of Michigan study. Even in the most expensive state for both electricity and gas, Hawaii, a typical electric vehicle saves about 25 percent in fuel costs. In Washington, the state with the biggest difference between electric and gas prices, an EV could fuel up for 72 percent less.

Then there's the issue of maintenance. Because electric vehicles use low-maintenance electric motors instead of combustion engines, they require less servicing. That means fewer trips to the dealership. Consumer Reports estimates that electric car owners will save an average of $4,600 in maintenance costs over the life of the vehicle compared with a gas-powered car.

Yes, the up-front cost of purchasing an electric version of a vehicle compared to its combustion engine version is still higher by several thousand dollars. But many more reasonably priced EVs drive like champs.

One of the most fun-to-drive electrics we've test driven over several days is Hyundai's Kona Electric. Its comfy interior, generous list of standard features and 258-mile range is impressive for a model that starts at $38,085, including destination fee.

Tesla has also continued to improve its mainstream Model 3. The current Standard Range Plus model is $39,115, including destination fee, for a 250-mile range. The center mounted main screen has no gauges directly in front of the driver, but owners we interviewed said they got comfortable with the design.

"I think the world of the car,” says Ed Adler of Rye, New York, who has owned his Tesla Model 3 for about three months. “But the screen takes some getting used to."

Those looking for a foreign pedigree and snappy handling can check out high-end models like the Jaguar I-Pace. This slick, compact SUV can make mincemeat of a slalom course, looks gorgeous and has 234-mile range for a starting price of $70,845, including destination fee.

Federal and state tax credits can reduce the initial purchase price by thousands of dollars. However, these breaks aren't available for all models, complicating price comparisons.

For example, Ford's new Mustang Mach-E qualifies for the full $7,500 federal tax credit, but GM's Chevy Bolt does not qualify because GM hit the 200,000 qualifying-vehicle ceiling in 2018. Furthermore, in California the Mustang Mach-E is eligible for a $2,000 Clean Vehicle Rebate — and a $1,500 Clean Fuel Reward, a point-of-sale rebate. GM's Bolt EV also qualifies for both California price breaks.

Translation: That brings the Mustang Mach-E price, which starts at $43,995, down to $32,995 in California. Pricing for the 2021 Bolt EV isn't available, but the 2020 model starts at $37,495, so it would cost $33,995, including destination charges, with the incentives. The bottom line: A fancy Mustang ends up costing less than a boxy Bolt. Tesla also has topped out on its federal tax credits.

Arguments over which costs less, electric or gas, may become moot as states like California insist that new cars in the future have zero emissions and as drivers get frustrated with the hassle of gas-powered vehicles. Adler, a former BMW owner, says he got fed up with the maintenance costs. That prompted him to purchase his Tesla.

"And I don't think I'll ever get another combustion engine car,” he says.

Even if you keep a car for only three years, the total cost of ownership of electric and gas versions is about the same, according to a May Car and Driver report that looked at two models available as both all gas and all electric. Ultimately, that may be all the incentive many people to need to make the switch. 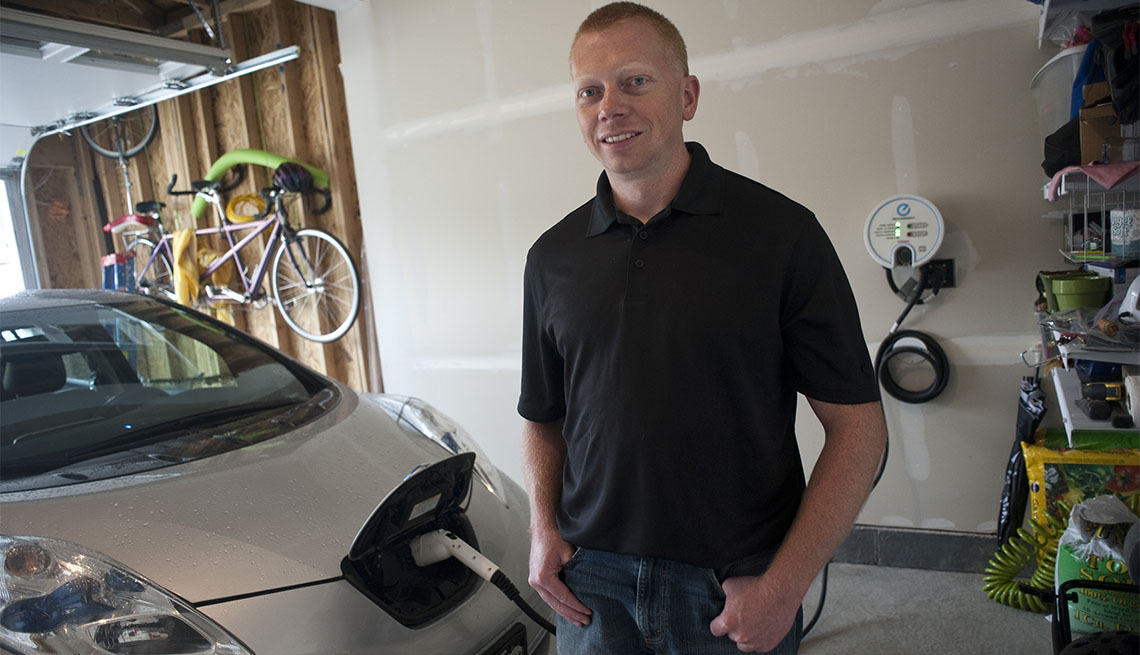 Some states provide a rebate for consumers who have a home electric vehicle charging station.
Patrick Traylor/Getty Images

When you search for rebates on home electric vehicle charging stations, be sure to use the federal Energy Department's catch phrase, electric vehicle supply equipment (EVSE). Here are more than a dozen incentives from utilities in nine states.

• California. Sonoma Clean Power, which serves Mendocino and Sonoma counties, offers a Level 2 smart electric vehicle charger if you pay half the charger's cost, sales tax and a shipping fee. After the charger is activated, you get a rebate but have to pay for installation.

• Connecticut. The Connecticut Green Bank offers loans as low as 4.49 percent a year through local lenders to upgrade energy efficiency, including EV charging stations. Eversource offers customers a $300 reward for purchase of a Level 2 Enel X JuiceBox or ChargePoint charger and a three-year commitment to its ConnectedSolutions program. Norwich Public Utilities offers its customers a $500 rebate on the purchase of a Level 2 charger.

• Louisiana. Entergy and Southwestern Electric Power customers can get a $250 rebate on the purchase of a Level 2 charger.

• Maryland. Potomac Edison, which serves customers in western Maryland, can get a $300 rebate on the purchase and installation of a Level 2 smart charger.

• Massachusetts. The Braintree Electric Light Department offers a $250 rebate to residents to help offset the costs of installing a Level 2 charging system with enrollment in another program that specifies charging during lower-demand late nights or on weekends.

• Michigan. DTE Energy, which serves southeastern Michigan, offers a $500 rebate for the residential installation of a qualified Level 2 charging station.

• North Carolina. Randolph Electric Membership Corp., which serves parts of five counties in central North Carolina, offers a $500 rebate on a Level 2 charger to members who participate in its pilot program. 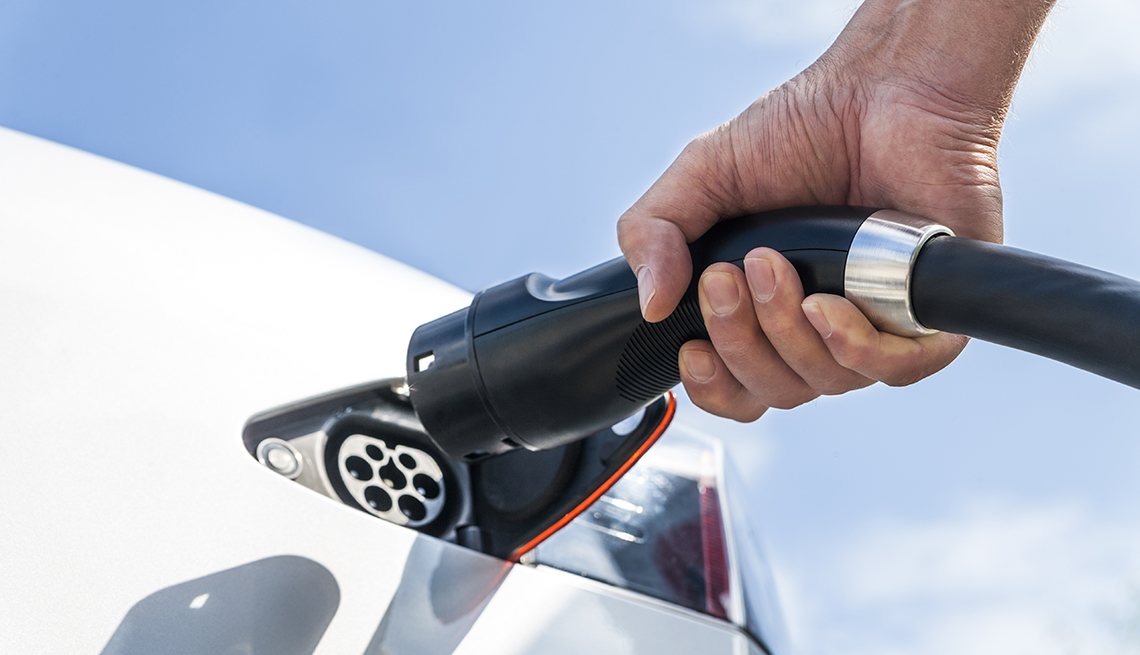 Everything You Need to Know About Charging Electric Vehicles 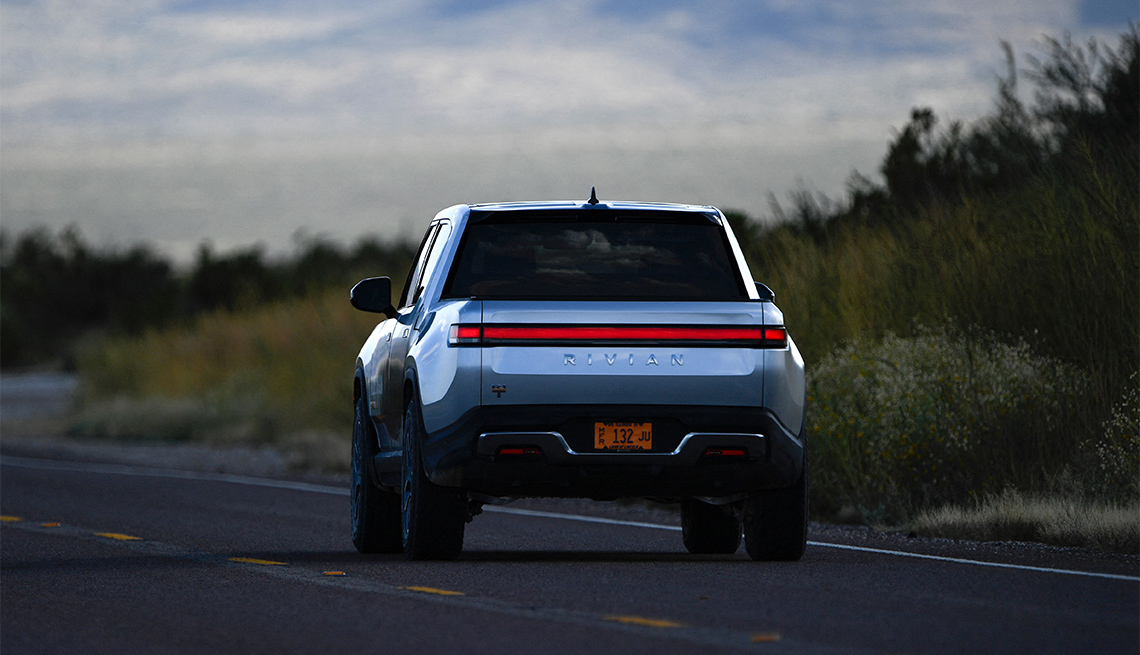 ​Is It Time to Buy an Electric Truck? ​ 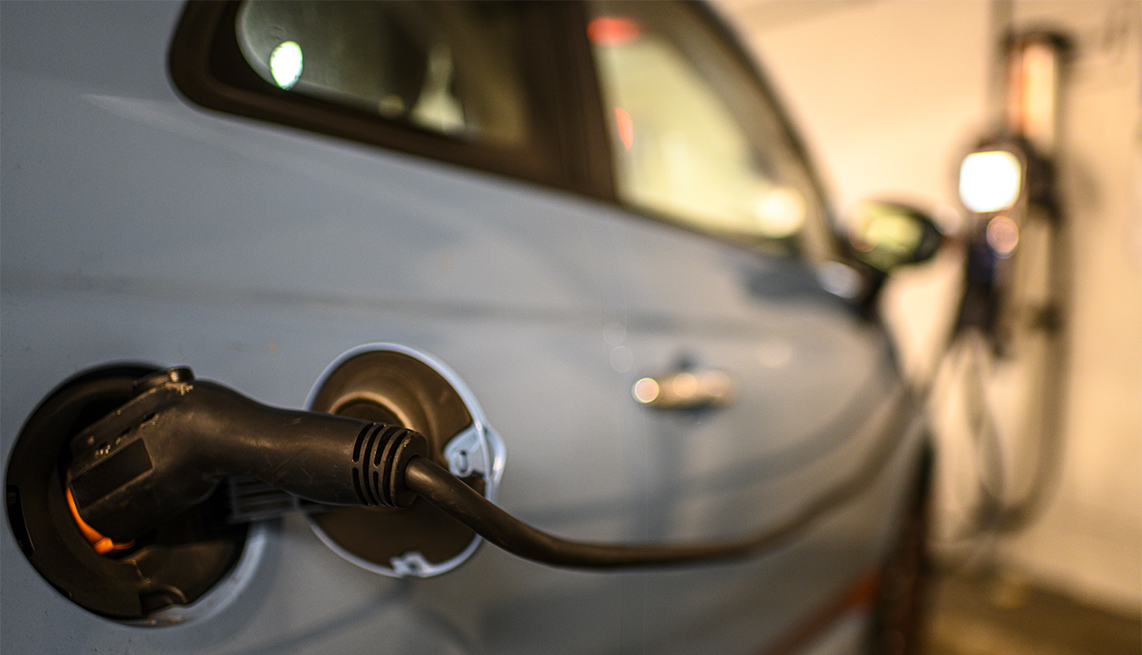 ​Is an Electric Vehicle Right For You?​

​Find out about makes, models and charging options​