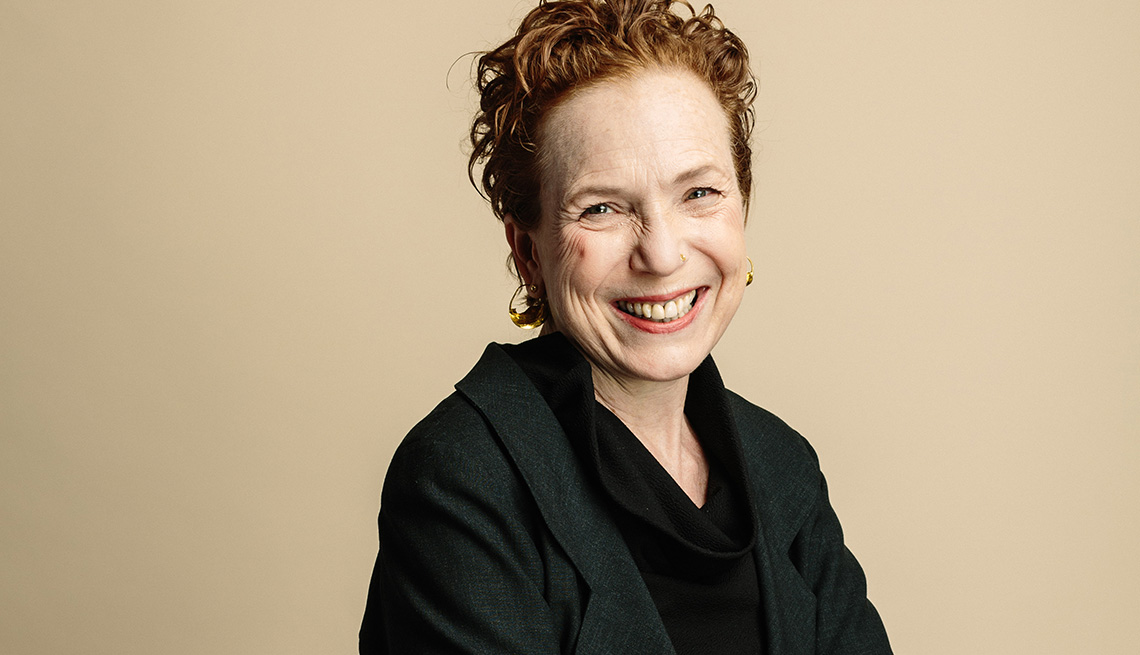 “I want to use the arts to help people heal and bring them into states of self-liberation.”

An estimated 25 million people around the globe are victims of forced labor, according to a 2017 report by the International Labor Organization and the Walk Free Foundation, and the number of reported cases of human trafficking in the United States continues to rise each year.

Pollack was so shaken by what she’d heard that she decided to attend a seminar run by the Polaris Project that explored how people get stuck in the trafficking trajectory. But she wanted to do more than simply donate money to the organization, which is dedicated to fighting human trafficking. Six months later she came up with an idea for how to help: Pollack started an organization that became a nonprofit known as Crossing Point Arts, which brings the arts to survivors of human trafficking in New York City and Westchester County, N.Y.

The organization hires teaching artists in different disciplines who are trained to work with people who’ve experienced trauma. They hold weekly expressive arts workshops in conjunction with antitrafficking agencies. The one- to two-hour sessions, which feature music, dance, visual arts, drama, spoken word or song creation, are free for the survivors. The idea is to equip them with therapeutic tools that will help them to reclaim their voices, develop effective long-term coping mechanisms and better manage post-traumatic stress. In the past five years, the program has reached 2,200 people, mostly women between the ages of 12 and 55, in the New York City area.

“These are safe spaces for survivors at undisclosed locations where they get services for what they need to rebuild their lives,” says Pollack, 59, founder and executive director of Crossing Point Arts. “What I hope it will do for people is what it has done for me: I survived a rape as a young woman and I had the benefit of therapy, but without access to art, I never would have come as far as I have. Art allowed me to process my own deeply shattering experience through creativity.”

One of the organization’s goals is to help survivors of trafficking use creativity to help regulate their emotions and restore a sense of inner calm when their distress might be triggered. For example, the teaching artists encourage participants to integrate the art practices they’re learning into their daily lives to help them manage the emotional struggles and overwhelming thoughts that are common with post-traumatic stress. “I want to use the arts to help people heal and bring them into states of self-liberation,” says Pollack.

Since 2015, Ashley, a survivor of sex trafficking, has taken more than 20 music, dance, painting, drawing and song creation classes through Crossing Point Arts. “The classes have been very therapeutic — whatever I’m going through, I put my emotions into the artwork and that releases them from me and helps me feel more relaxed,” says Ashley, 24, who is working in a community kitchen and hoping to go back to school to study art or social work. The sessions have inspired Ashley to continue drawing and painting at home during her free time, which she really enjoys. “She’s very talented,” Pollack says. “She has a great sense of color, form and composition, and her work has a lot of emotion in it.”

Stephanie Rooker, a therapeutic sound practitioner and musician based in Brooklyn, holds up to three workshops per month, using sound and voice work to promote wellness and relaxation. “It really helps them cultivate a strength and sense of trust within themselves — and support each other,” says Rooker. “Over time, many [of the participants] develop a leadership role in the group and encourage others and they become more empowered in the process.”

More than 90 percent of the survivors who participate report that their feelings of depression, anxiety, anger and fear are substantially reduced through the workshops’ creative practices, and they gain a sense of inner freedom and enhanced well-being that are signs of post-traumatic growth, Pollack says. Next, Pollack hopes to launch Crossing Point Arts programs in Atlanta, Miami and Los Angeles.

What’s most fulfilling, Pollack says, is the transformation she sees in participants in every workshop. “The survivors often come in somewhat withdrawn and with a thousand-yard stare,” she says, referring to the unease and malaise that often accompany post-traumatic stress. Within minutes of getting swept up in the arts activity, “there’s a presence, then an engagement, then energy shining into their eyes,” she says. “It’s witnessing that internal crossing that’s so gratifying.”