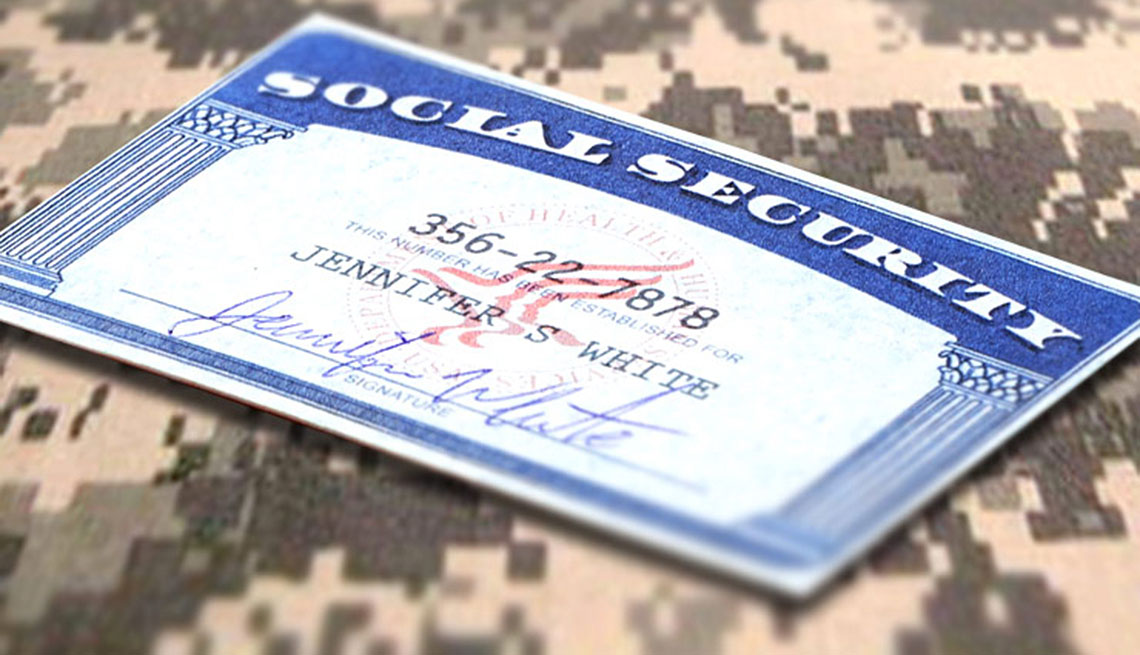 En español | Q: I've heard that Social Security gives many veterans credits for extra earnings for their active duty military service. How does this work?

A: The program began in 1957, the year that members of the armed forces first began paying Social Security taxes on their military earnings. Through many of the years and wars that followed, Social Security gave them credits on their work records for more than they'd actually earned. The program was intended to help make up for the fact that military pay is low.

Q: What happened to all of those credits? How were they used?

A: Well, they did not constitute actual extra pay or a direct markup of benefit amounts, just higher dollar figures on veterans' earnings records for their military years. Yet because Social Security calculates benefits based on total earnings over a working lifetime, the credits would tend to raise the benefits veterans ultimately collect.

Q: Who exactly got the credits — and for how much?

However, there were exceptions. If a person enlisted after Sept. 7, 1980, for instance, and did not complete 24 months of active duty or a full tour, he or she would probably not be eligible for those extra credits.

Q: Did any other service members receive the credits?

A: Yes, people who served in the military from Sept. 16, 1940, to the end of 1956, including attendance at a service academy. Although service members did not pay Social Security taxes on their pay from those years, the lifetime earnings records of those who met certain conditions were credited with $160 for each month of service. By the way, Sept. 16, 1940, was the date that President Franklin D. Roosevelt signed a law requiring American men of military age to register for the draft.

There have been no special earnings credits for military service after 2001.

Q: I served in the armed forces during the years when credits were being offered. Do I have to apply to take advantage of the credits?

A: No. Social Security says that the credits are automatically taken into account when your benefits are calculated. They won't show up if you access your earnings record through a "My Social Security" personal account, but if you call Social Security, a rep can confirm whether your qualifying military service is reflected.

Q: I hear that Social Security has begun to expedite disability applications being filed by seriously wounded veterans of the wars in Iraq and Afghanistan. Is this like the credits program and an effort to do something extra for veterans?

A: Yes, it is. Today, many wounded soldiers returning from battles abroad are eligible for Social Security disability benefits, although there's a huge backlog of applications. So this past March, Social Security launched a program to put the disability applications of the most seriously wounded veterans at the top of the stack.

The effort is directed at personnel who have a Department of Veterans Affairs "compensation rating" of "100 percent Permanent and Total (P&T)." Essentially, the designation means that the person is considered to be 100 percent disabled. The disability must have occurred during active military duty on or after Oct. 1, 2001, whether in the United States or abroad.

Community: Share your fears about Social Security. Join the discussion

For instance, Social Security disability payments, if granted, depend on the person's earnings record. VA disability compensation, however, depends on the service member's disability rating — expressed in those percentages. The higher the percentage of disability is, the higher the VA payment is.

Q: What is Social Security's definition of disability?

A: It puts it like this: "You must be unable to do substantial work because of your medical condition(s), and your medical condition(s) must have lasted, or be expected to last at least one year or to result in death." That is the normal, tough-minded Social Security definition that applies to civilians as well. However, many people live on for many years and even eventually go back to work.

Q: How much does the VA pay in compensation?

A: It depends. For 30 percent or more disability, an amount is added for each dependent. Additional sums are paid for severe disabilities such as the loss of use of a limb or an organ.

Q: What do veterans have to do to get expedited processing of their Social Security disability benefits?

A: Keep in mind that while the "100 percent P&T" rating will speed up the processing of claims, it will not guarantee the benefits. When applying, they should identify themselves as veterans with that rating. They can apply online at ssa.gov, on the phone at 800-772-1213 (TTY 800-325-0778) or by visiting their local Social Security office. The agency suggests that veterans call and make an appointment before they come in. During the application process, they will be asked to provide their VA letter that verifies their rating.

Q: How long does it take for an application to be considered under the fast-track program?

A: Social Security doesn't give a specific time frame but promises to work hard to make it fast. The length of time can be influenced by the nature of the disability, how quickly medical evidence can be obtained and whether the veteran needs a medical exam to confirm the condition.