En español | Archie Hale, now 66, did not expect to retire and certainly never imagined he would lose his job. As operations supervisor for ABF Freight System of Chattanooga, Tenn., he regularly received high marks from customers and supervisors alike. ABF hired him twice. He worked from 1982 to 1984 and from 1997 to 2009. In those 15 years, he said, he received 19 raises. 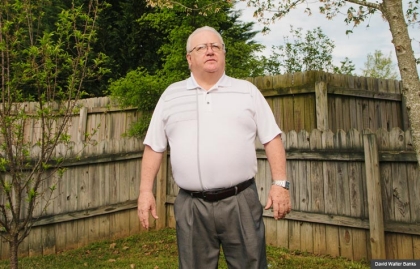 Archie Hale was terminated from his job at age 62. He and his attorneys believe the firing was due to his age, not his performance.

But early in 2009, his boss began to criticize his work. In October, shortly after turning 62 and after receiving another satisfactory performance review, Hale was terminated.

"I was treated very unfairly," Hale said in a phone interview. "I did very good work for ABF, and they know it."

Hale filed a lawsuit, first in state court, then in federal court, alleging that his supervisor had violated state and federal laws and discriminated against him because of his age. Hale submitted an affidavit from a former colleague quoting his supervisor, Pam Laney: "He [Hale] is going to leave here when he is 62. I am going to see to it. He has been here long enough, and he is going to go on his Social Security."

In November 2011, the federal district court dismissed Hale's case, holding that there was no direct link between statements about eligibility for Social Security and age. The court suggested that, for Hale to win his case, the supervisor would have to have stated that she would see to it that Hale left because he was 62.

But Hale appealed to the U.S. Court of Appeals for the Sixth Circuit, where AARP Foundation Litigation filed a friend-of-the-court brief. AARP argued that the supervisor's remarks were clear evidence of discrimination.

"The evidence burden imposed by the trial court in Hale's case is not only one of the strictest in the federal courts, but almost impossible to meet," said Laurie McCann, senior attorney for AARP Foundation Litigation. The appeals court agreed and in October 2012 ruled in Hale's favor.

"Laney's alleged statement shows that her decision was based not on an age-correlated factor, but on age itself," Judge David W. McKeague wrote. "In short, Laney's remarks, if believed, require the conclusion that being 62 was the precipitating factor of Hale's termination."

The case will now go back to trial on the charge of age discrimination.

In an email to the AARP Bulletin, ABF Freight System defended itself. "ABF does not discriminate against employees," Kathy Fieweger, a spokeswoman for ABF Freight System's parent company, Arkansas Best Corp., wrote. "We look forward to the jury trial of this matter and are confident that our case will prevail."

If you believe you have been demoted, laid off or harassed at work because of your age, it may be a violation of the Age Discrimination in Employment Act. Contact the Equal Employment Opportunity Commission.

Emily Sachar is a journalist and author based in Brooklyn, N.Y.