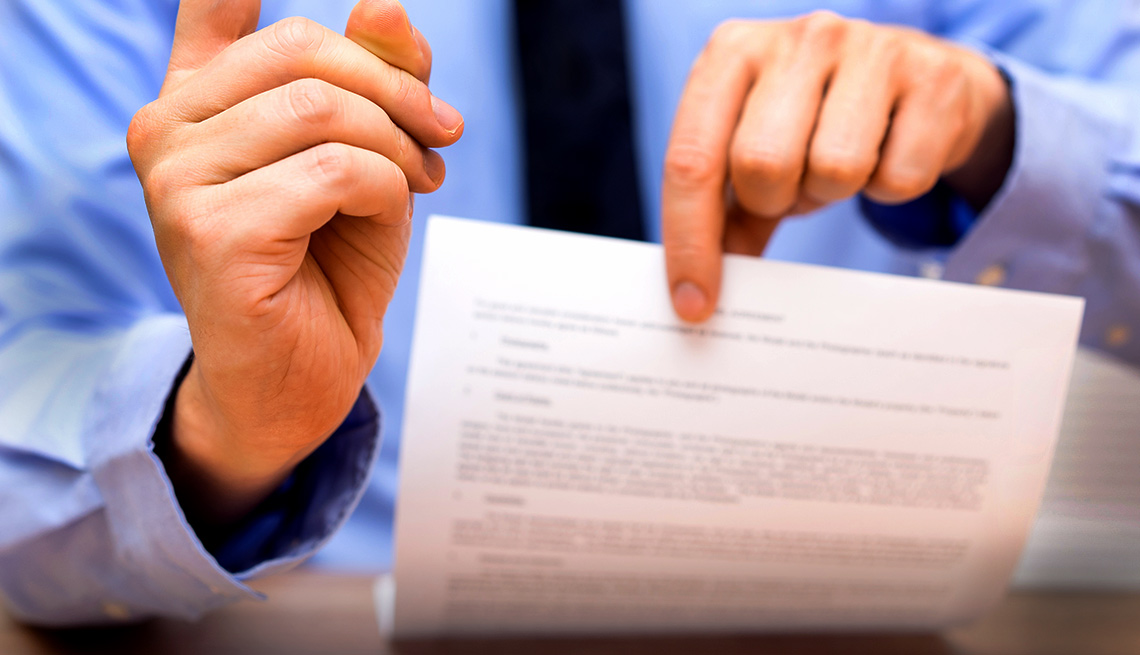 Before you leave the building, learn what to do when you lose your job.

En español | Whether or not you're expecting it, getting news that you've been laid off can be jarring. You might be worried about everything from paying the mortgage to saving what's left of your career.

Your mind starts racing: How will I get my next job? Will I receive severance pay? Whom can I ask for references? You feel angry, hurt or even in a state of shock. But making a graceful, educated and professional exit is critical. Keep these things in mind when you are being let go.

There's no law that requires an employer to give you severance pay, although some companies have a formal severance policy. The point of a severance agreement is usually to keep you from suing for wrongful termination down the road.

Donna Ballman, author of Stand Up for Yourself Without Getting Fired: Resolve Workplace Crises Before You Quit, Get Axed, or Sue the Bastards, says you shouldn't feel pressured to immediately sign anything put in front of you. Your soon-to-be former employer can't make you sign an agreement.

"You don't work there anymore," Ballman says. "What are they going to do? Fire you again? You can say no to anything you want now."

A severance agreement could also contain a noncompete clause that prevents you from working for the competition. This is obviously a huge stumbling block for landing a new job. Be clear on the restrictions you're agreeing to in exchange for a severance payout. Be certain you aren't giving up vested benefits. The agreement should clearly state the status and amounts of your 401(k), stock options or pensions.

Your best move is to tell the human resources contact or your boss that you want some time to evaluate any severance agreement. If you're over 40, your employer has to give you at least 21 days to review the agreement or the company may not be able to get a release of your age discrimination claims, Ballman says. If you sign a release, that means you're giving up your right to sue your employer, so make sure what it's offering you is worth what you're forfeiting.

Your employer may ask you to sign your final disciplinary document. Here's Ballman's advice: "Ask for a copy and tell them you want to review it. If they won't give a copy, take good notes about what it says (or snap a photo with your camera before they have time to snatch it away).

If you sign, get a copy. It may tell why they say you were fired. This could be evidence for a potential lawsuit against them, and you might need it for unemployment or other assistance benefits." Also, if you sign, Ballman suggests signing "As to receipt only" so that your former employer can't say you agreed to the document.

3. Be wary of signing a resignation letter.

Unless the firm is giving you a generous payout to leave, never sign a resignation letter if you've actually been fired. You may be giving up unemployment benefits, and the letter can be used against you if you claim you were fired due to discrimination or whistle-blowing or in breach of your contract, Ballman explains.

While some people think it's better to tell potential employers they resigned, to save face, Ballman disagrees. "If you left without another job lined up, who do you think you are fooling?" Few people in this economy leave a position unless they are forced out or have another job lined up.

If you're fired or laid off, most states have a set time you must have worked in order to qualify for unemployment. If you are eligible for benefits, take them. Apply by contacting your state's unemployment insurance agency as soon as you are fired or laid off. Some states permit you to file a claim by telephone or online. Generally, you should file your claim with the state where you worked.

Don't be self-conscious. It's not embarrassing to collect unemployment. You're entitled to it.

According to a survey by the Society for Human Resource Management, 6 out of 10 private employers check the credit histories of at least some of their job applicants.

Pull your credit report before a prospective employer does, and clean up any errors. Visit annualcreditreport.com to request a free credit report from each of the three major consumer credit reporting agencies — Experian, Equifax and TransUnion.

One in 10 Americans have been denied jobs due to information in their credit report, according to a survey of about 1,000 low- and middle-income households with credit card debt. Don't let it happen to you.

You must give your potential employer your consent in writing to request your credit report. And the company has to tell you if you lost out on the job because of your credit history. Importantly, the company must give you the opportunity to explain the black marks or dispute the incorrect information. My guess, however, is that the organization is more than likely to say it changed what it was looking for in a candidate for the position, or give a general and indirect explanation for why you were passed over.

A handful of states, including Washington, Oregon, Hawaii, Illinois, Maryland, Connecticut and California, have cracked down on the practice.

6. Do a background check on yourself.

Google your name to find out what potential employers might be able to learn about you from your virtual footprint. Since you are going to be out job hunting, be sure your social media accounts don't cast you in an unflattering light. You might also consider hiring a professional reference-checking company, to find out if your former employer is saying something bad about you, Ballman says.

Some employers request that you do an exit interview, but Ballman says they can't make you comply. She suggests not doing the interview unless the employer offers to pay you for your time. One purpose of an exit interview is for your company to protect itself in case you later file a lawsuit. If you do have an accusation before you get the ax or quit, be sure to have those allegations laid out in writing and put into your human resources file while you're still employed, in case you opt to take action in the future.

8. Hold your tongue and take the high road.

If you're fired and told to leave immediately, don't make a fuss. Leave without tearful goodbyes with coworkers or mean-spirited notes to clients. Do ask to be allowed to pack up your belongings.

You can ask the reason for your firing, but don't expect one. Unless you have a contract saying you can be fired only for cause, under federal law your employer doesn't have to give a reason for dismissing you. Some state unemployment statutes require the employer to give you general reasons (layoff, discharge and so forth).

It's tempting to blast your supervisor or complain about incompetence on your way out or say something you will regret later. "Don't blow it by failing to act strategically," Ballman says. "Your coworkers or boss may end up at your new place of employment."

Kerry Hannon is a career transition expert and an award-winning author. Her latest book is Getting the Job You Want After 50 for Dummies. She has also written Love Your Job: The New Rules for Career Happiness and Great Jobs for Everyone 50+: Finding Work That Keeps You Happy and Healthy … and Pays the Bills. Find more from her at Kerryhannon.com.