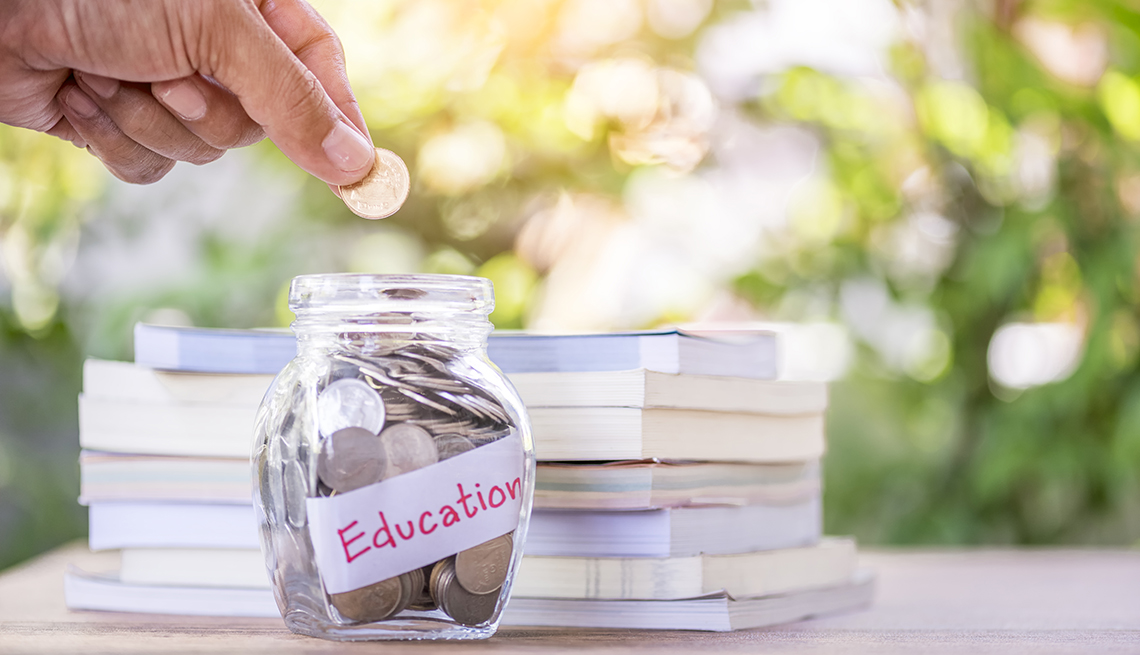 In late 2017, Allison Clemens-Roberts was laid off after 28 years with the same company, her job of processing pension claims for a bank shipped off to another state.

“It was a blow at the time they told us,” she said.

But Clemens-Roberts, who is now 54 years old, also saw a silver lining. She was ready to try something new. The problem was figuring out where to start.

Then came a nudge. In the summer of 2018 she received a leaflet in the mail from AARP announcing a 25 percent tuition scholarship at Goodwin College in her hometown of East Hartford, Conn., a private college that specializes in certificate and degree programs in the trade careers.

A week later, her truck driver husband, Frank Roberts Jr., told her to look into manufacturing, a field with a growing demand for workers in the region. Right when he said it, she saw on the leaflet that manufacturing was included in the list of programs for which Goodwin was offering scholarships to AARP members. The college intrigued Clemens-Roberts in part because it is just minutes from her home, but — because many of its courses can be taken online — the scholarship is available to AARP members nationwide.

Before touring the campus, she had her doubts about pursuing a certificate. “I had all sorts of reservations. I was female, older. Didn't know anything about [manufacturing] at all,” she said. But she credited the college for being encouraging. A campus scholarship plus the AARP benefit dropped the tuition bill to about $3,200, which helped.

Now Clemens-Roberts is two months away from completing a 22-week certificate program in machining, metrology and manufacturing technology at Goodwin, her first real stint at college save for a word processing course she took in the early 1990s.

Goodwin is one of many colleges across the country opening their doors to older students, especially those age 60 and older. For instance, Albertus Magnus College in New Haven, Conn., offers AARP members a 15 percent tuition discount in a wide variety of degree programs. And every state has at least one postsecondary institution offering discounts or outright waiving tuition for older students, according to one personal finance website.

It’s quite a change for Clemens-Roberts, who spent most of her career in an office environment after a four-year stint in the Navy following high school. In addition to taking classes in the certificate program, she has landed a paid internship at Tomz Corp., a medical device manufacturing firm.

Long seen as a collapsing industry nationwide, with jobs disappearing to outsourcing and automation, manufacturing is making a comeback in Connecticut after roughly two decades of shedding jobs there, according to a September 2018 paper on economic projections by the state's Department of Labor and Department of Economic and Community Development. The state projects that manufacturing will grow from 156,452 jobs in 2016 to 166,629 jobs in 2026.

Dan Noonan, vice president of enrollment, marketing and communications at Goodwin, said the college is “big on career number two,” the careers adults take after years in an unrelated field. Roughly two-thirds of Goodwin’s students enter with some college credit already, he said. Unlike at colleges that cater to students fresh out of high school, the average age of Goodwin students is 28.

The AARP scholarship “will hopefully help folks get into their mind-set that going back to school at any age is affordable,” Noonan said.

Clemens-Roberts said she’s ready to be an inspiration for other workers starting a new career. “I actually was scared to death to start school again,” she said. “But I love it.” After earning her certificate at Goodwin, Clemens-Roberts said, she may go for an associate degree to continue her education.

Part of her happiness stems from seeing other women working in trade jobs. In her internship at Tomz, the employee she’s shadowing is a younger woman, she noted. “It's nice to know that I did choose to try to do something that women are finding themselves doing, too. I don't want to be the only one,” Clemens-Roberts said. “It makes it feel like, you know, it's something I can accomplish."

In her class at Goodwin, though, she said she’s the only woman and the second-oldest student. But she’s made friends with a few of the younger students. “At first I thought it was going to be very intimidating, but it's not,” she said. “They’re nice guys. They’re very helpful.”

The help flows both ways. During an open-book test, she counseled a few of the younger students to read the text more carefully to find the right answer. “Be a little bit more patient” with the assignments, she advised them. In turn, some of the students walked her through algebra and trigonometry concepts she needed for last semester. “They really helped me through it,” she said. “It was all that stuff that I don't remember from school."

And though Clemens-Roberts is so far the only student using the new AARP scholarship, she hopes to have a hand in changing that. “I posted on Facebook, ‘Ya know, if anybody is looking to go back to school, AARP is doing this.’"

10 Careers Worth Going Back to School For

Check out these appealing roles for midlife career change in fast-growing fields, and what it takes to do the job

Best Places to Launch a Career — Even a Second One