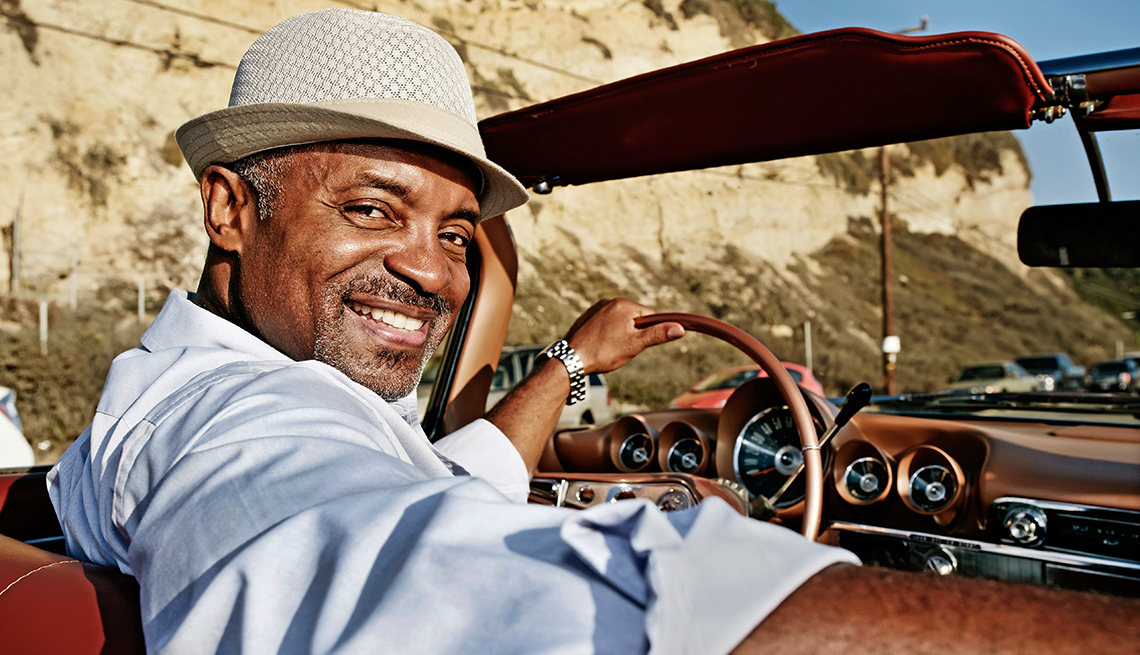 Fred Lanouette, an Uber driver in Seattle, follows a routine once a passenger gets into his 2015 white Toyota Camry.

“When the person is sitting there, if they immediately go to their phone, I just keep my mouth shut,” he says. “But if they want to converse, man, I dive right in!”

And the 81-year-old Lanouette has plenty of stories to share. How he instantly fell in love with his wife of 60 years. How he sang on cruise ships in Hawaii. And how he worked as an entertainment director for two casinos during Las Vegas’ golden age in the 1960s.

With his gregarious personality and showbiz background, Lanouette easily racks up compliments from his passengers. In fact, according to Uber, he’s one of the all-time leaders in the number of “great conversation” compliments among drivers for the service. One rider raving about Lanouette wrote: “The world needs more people like Fred. Just an incredibly genuine, kindhearted human whose purpose has been to put others first. They don't make ’em like that anymore!”

Lanouette, who has driven more than 2,700 trips in the two years he’s been with Uber, is at the forefront of an emerging trend. The past few years have seen growth in both the gig workforce (very short-term jobs such as driving for Lyft or doing chores for others on TaskRabbit) and the sharing economy (short-term rentals of personal property, such as a room in your house on Airbnb or your car on Turo). As older adults increasingly use these services to earn extra income, they’re becoming some of the most highly rated providers in these communities.

For example, research from Airbnb revealed that women over age 60 receive the highest percentage of five-star reviews from customers among all hosts in the United States. Of guests who were hosted by older women, 63 percent rated the experience five stars (the highest possible). According to an Airbnb executive, one reason older women and men are signing up to host is for the extra income: $8,350 per year, on average, for a single listing for hosts over age 65. But they’re staying with the business and thriving because of the sense of community they help build.

“[The money] may be why hosts come to Airbnb, but they stay for the social benefits,” says Chip Conley, strategic adviser for hospitality and leadership at the company. For hosts who stay in their home while visitors are there, the rentals can offer the chance to learn about the world. “Airbnb hosts can travel without ever leaving their living room, and 64 percent of older adults report that hosting has positively changed the way they think,” Conley says. “They learn about new cultures, meet friends from around the world and even travel to visit their former guests.”

While still accounting for small percentages of the overall U.S. markets, both the gig workforce and the sharing economy are rapidly growing, fueled, in part, by older workers and retirees who are looking to earn extra money while controlling when they work. According to research from MBO Partners, a firm that provides consulting services to independent workers and companies, people age 53 and older made up 35 percent of those doing independent or gig work in 2017, up from 33 percent in 2016. People age 60 and older already represent 13 percent of Airbnb’s hosts and are the fastest-growing demographic overall. And 24 percent of Uber drivers are over 50.

Numbers such as these suggest that gig work holds real appeal for older workers. However, there are some significant disadvantages to keep in mind. The most notable is that this type of work largely does not offer health insurance or retirement benefits. Setting up a profile on one of these platforms to attract customers is a fairly quick process, but it could take time to attract enough clients — and their positive reviews — to earn a status that helps you draw more customers.

And, of course, it’s important to remember that gig work is, in fact, still work. “It is a mini business that you can make very good income from, but it also does take some of your time,” says Orvil “Dusty” Roop, a retiree in Denton, Texas, who says he and his wife, Cathy, earn between $500 to $1,000 per month sharing his Ford Taurus on the car-rental service Turo. “As retired adults, sometimes we want the time instead of the money.”

Taxes and the Gig Economy

For gig workers, paying the IRS can be tricky