Whether domesticated or wild, animals impart life lessons to the humans who interact with them 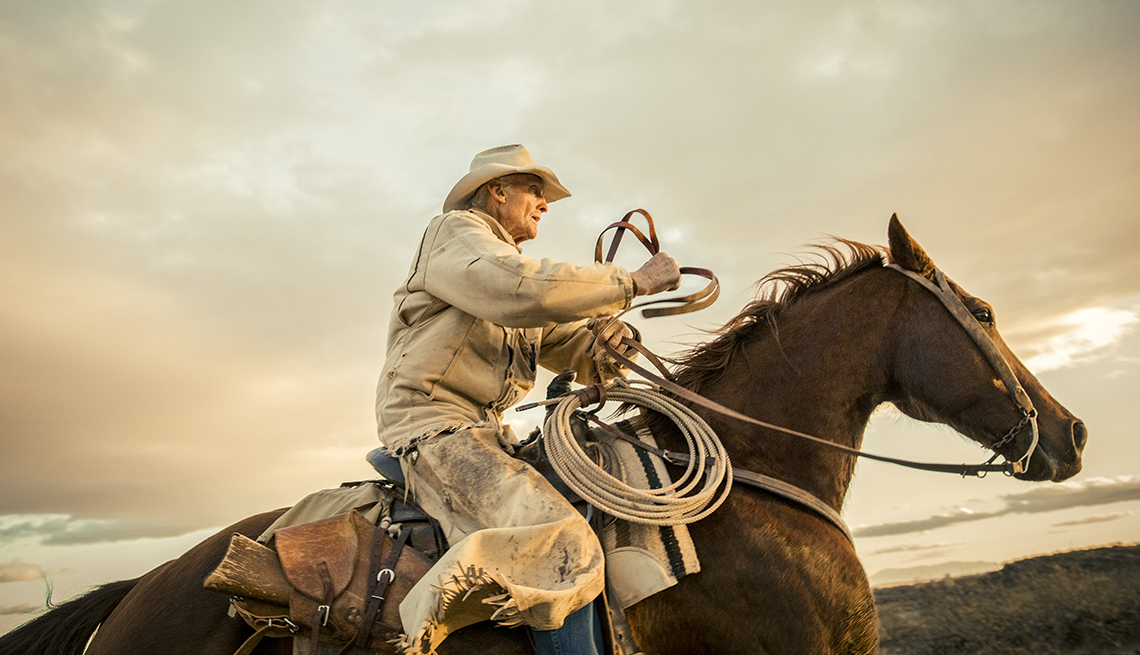 Glenn on his family ranch, the J Bar A, in Douglas, Arizona
Andy Anderson 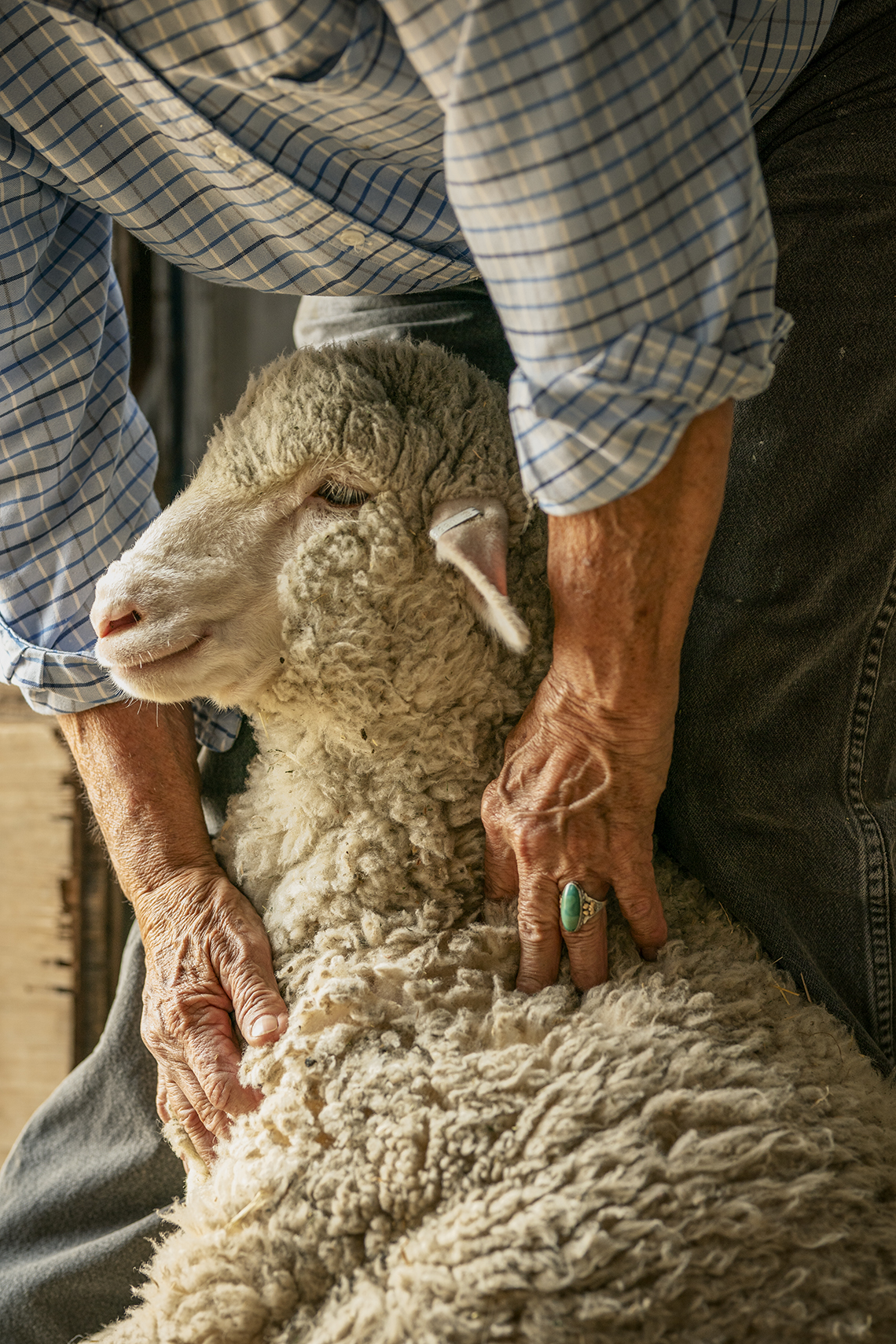 Been on this land all my years, grazing cattle. I'm happiest when I'm on horseback or on a good mule, taking care of the livestock. I helped found a group to restore the watershed and protect the grasslands. 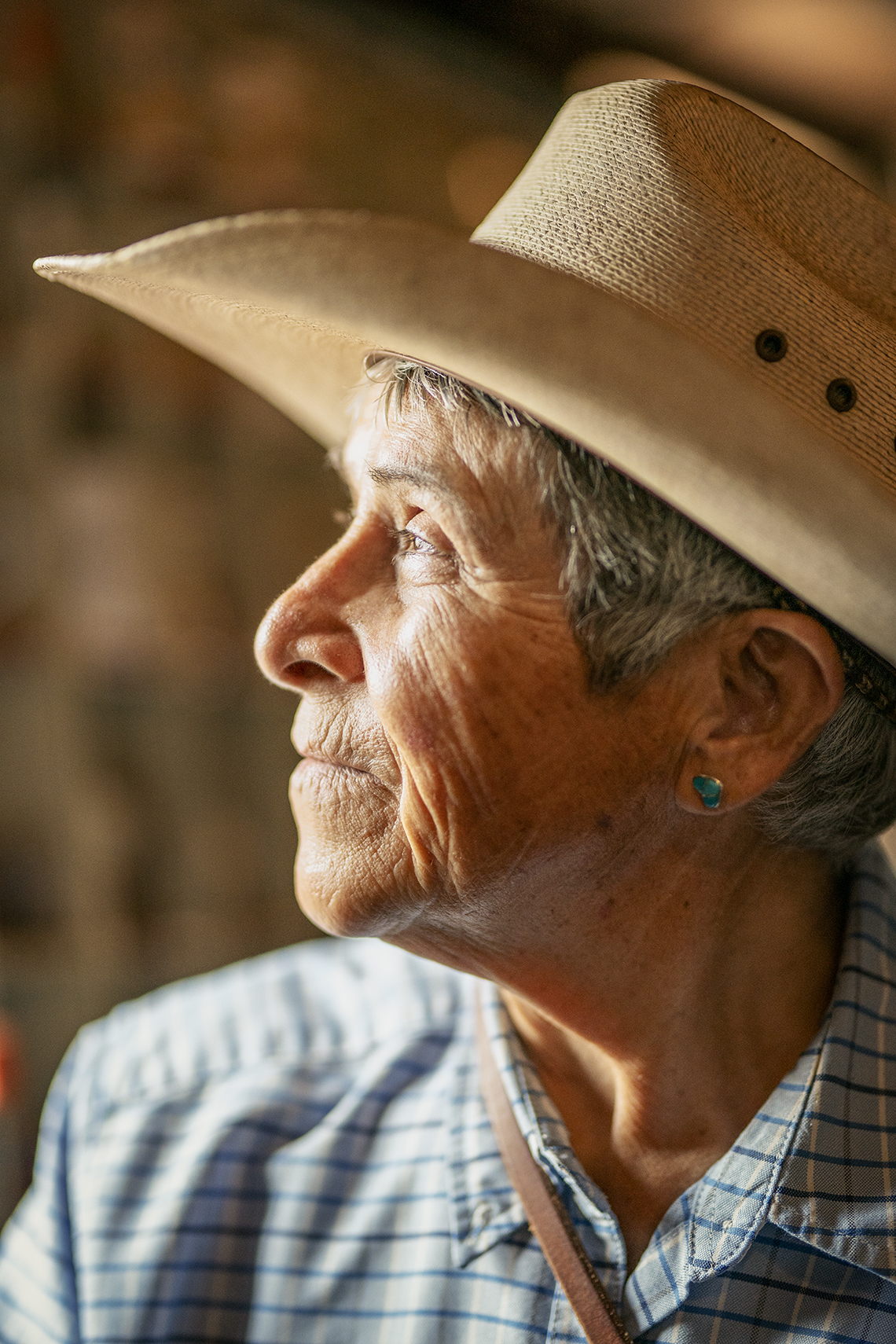 Carranza at her property, the Last Chance Ranch, in Lambert, Montana
Andy Anderson

In all my time on the land, I've only seen two jaguars. But that's two more than anybody else. Before I saw my first one, in 1996, they were thought to be gone from the Southwest — extinct. So I was absolutely amazed. The big cat was crouched on top of a big pinnacle-shaped boulder. When it bayed, it sounded like a low, guttural roar of warning. 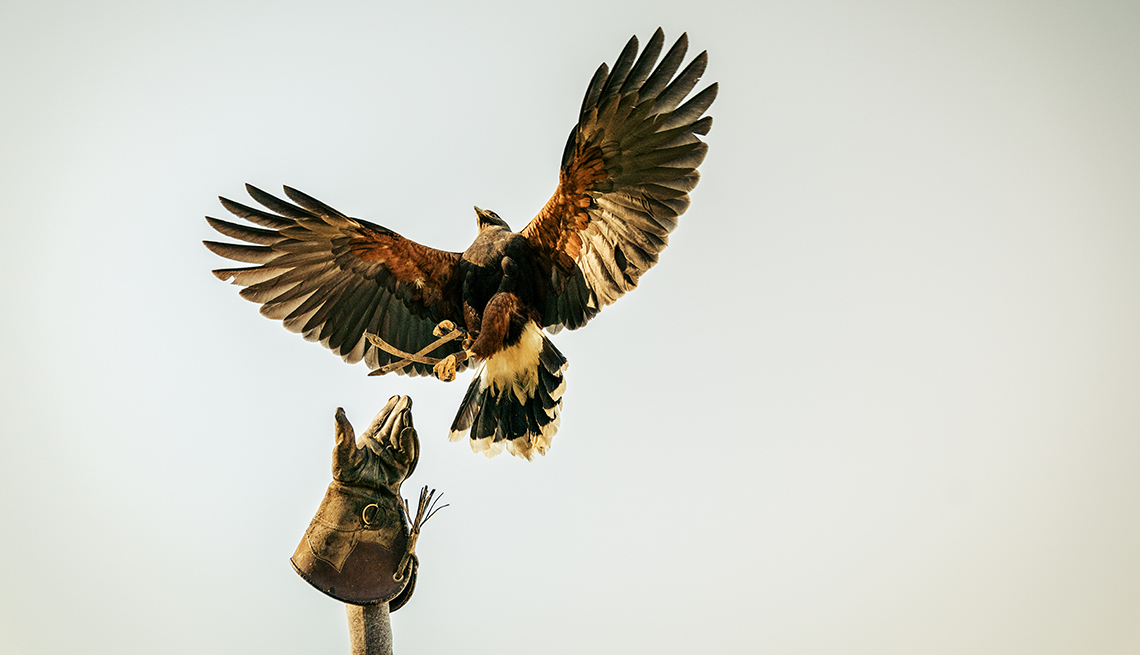 A decade later, I saw my second one, in the shade of a big cedar tree. There'll never be a breeding population of them in the U.S. because their numbers are so few. But I sure hope I see another one. I probably will. 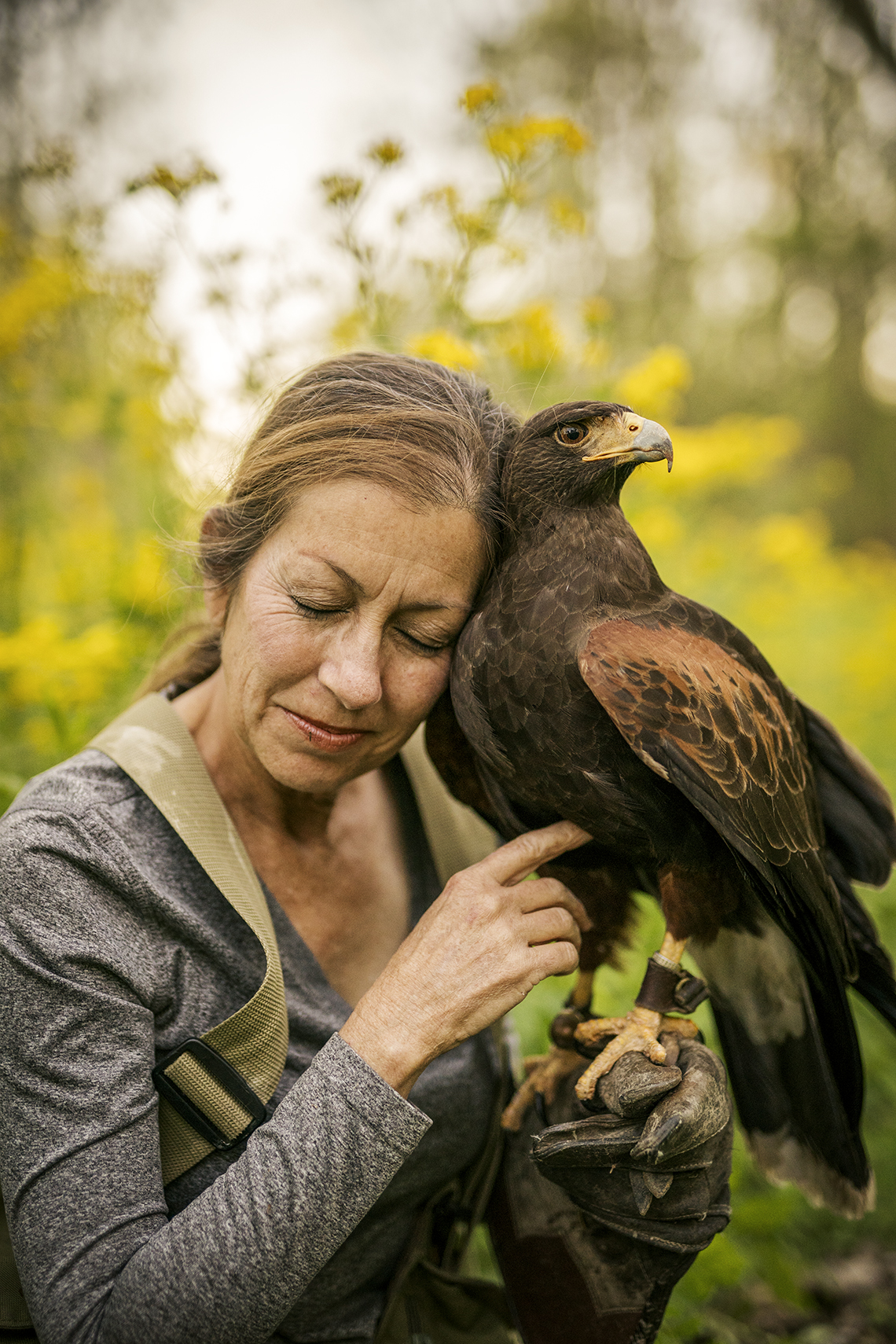 Coulson with one of her Harris hawks near her home in Pearl River, Louisiana
Andy Anderson

Sheep can have multiple births but can raise only two lambs at the most. So I raise some lambs myself, bottle-feeding them three and even four times a day. I really bond with them. Doing this work is like the Gospel of John: “I know my sheep, and they know me.” 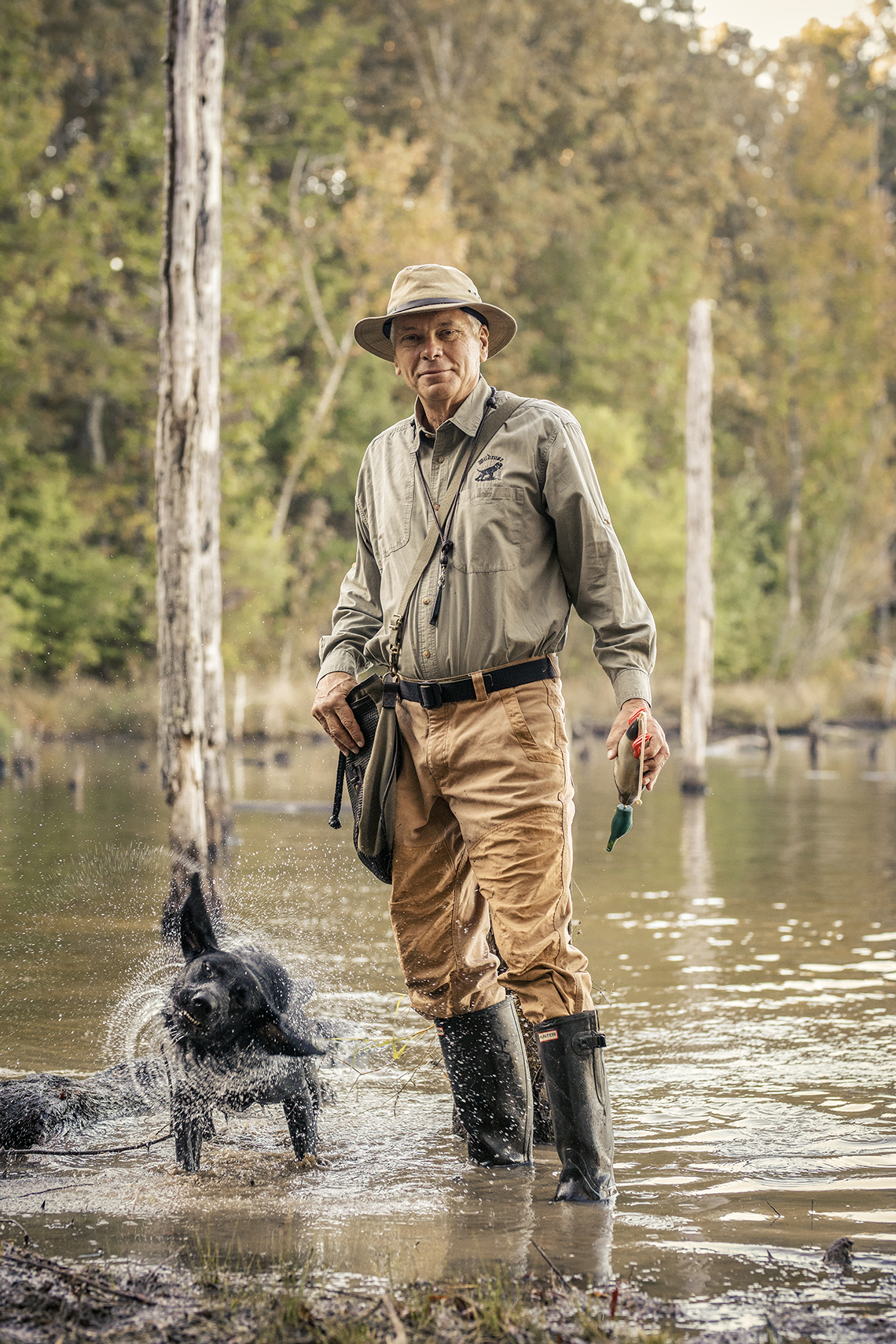 If we could all be like animals, life would be different. When my family came to Montana from Mexico, in 1925, there were signs in stores saying “No Mexicans or dogs allowed.” But if people are trying to take you down, it's not about you; it's within them. I have about 10 black sheep in my herd. They don't care about color. And if people could just learn that, it would be a lot better world. 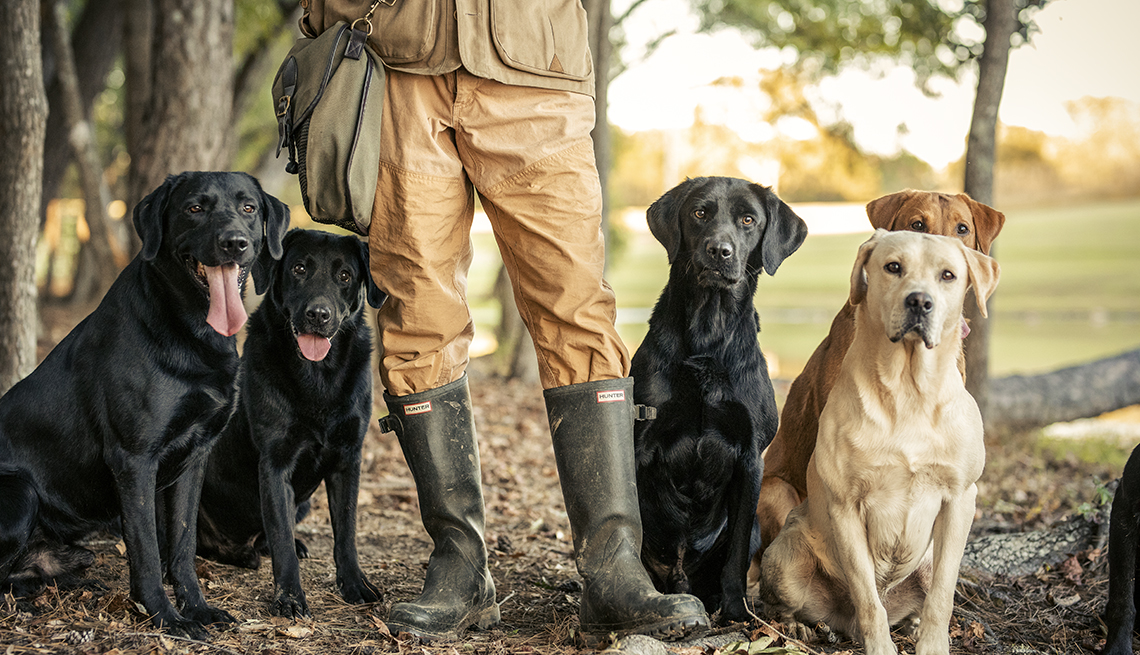 Stewart with a few of the dogs he breeds and trains at Wildrose Kennels in Oxford, Mississippi
Andy Anderson

Falconry, hunting with a trained bird of prey, has been a driving force in my life for the past 34 years. My husband and I raise and train hawks and typically hunt with a group of four.

It's a little bit like managing a wolf pack, because the predators don't always get along. As falconers, we have to help the hawks work through their squabbles. I think that observing their selfish motivations has made me more aware of selfishness in humans — myself included. So I've made an effort to become more sharing and inclusive. These days I expend a lot more of my effort to train people to be better falconers.

The hunting group working together is much more effective. Each hawk has its own special talents that our group can capitalize on, like exceptional vision or aerial skills. Similarly, humans are infinitely more successful when we cooperate.

I probably get along better with dogs than I do with people. I had a 25-year career in law enforcement, but I always trained dogs, too. We don't use force or electric collars. There's a lot of structure, repetition and consistency.

The foundation of our program is gundogs. We also train “adventure dogs.” You can take them camping — they won't eat your hot dogs or chase after a squirrel. And we've trained around 40 dogs that I know have saved lives: diabetes-alert dogs. They can tell when their owner's blood sugar is too low or too high and make a sign to tell the owner.

All dogs have things they can teach us. They don't have to talk about their past or worry about their retirement accounts. They enjoy life now.