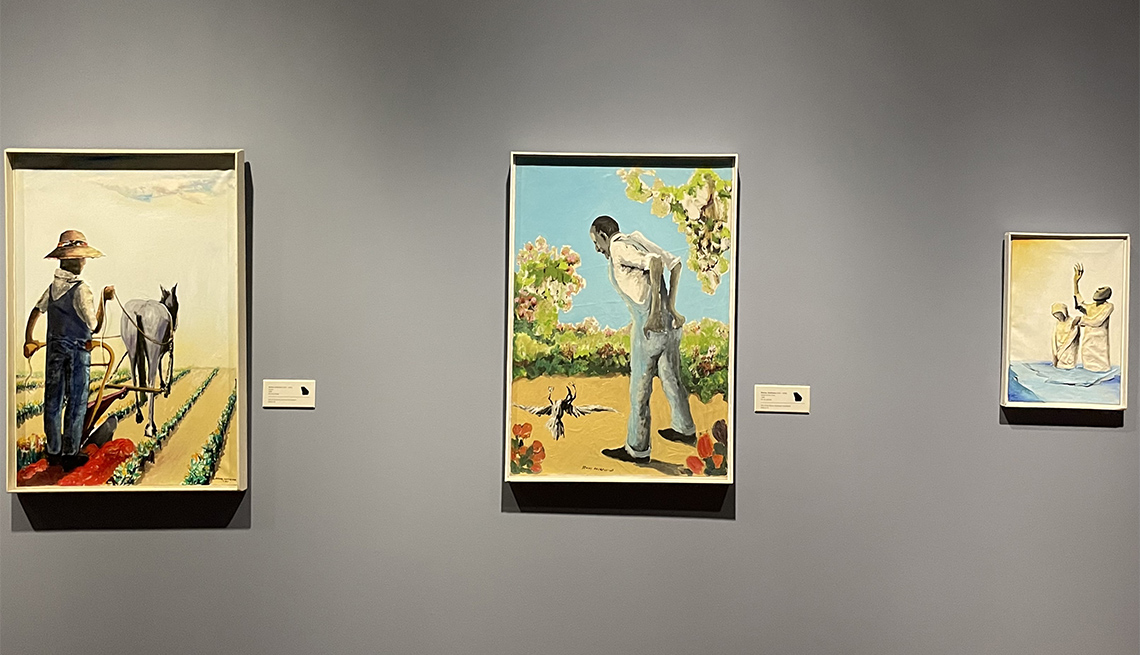 The first enslaved Africans arrived in New Orleans in 1719, one year after the city’s founding. In the proceeding 300-plus years, Blacks’ impact on the city has helped it become one of the world’s most culturally diverse and exciting places to explore.

“Every aspect of culture in New Orleans is tied to the Black experience,” says Bradley Sumrall, a curator at the city’s Ogden Museum of Southern Art in the Warehouse Arts District, just outside the French Quarter. “The food for which we’re so famous was heavily influenced by African traditions, American music was born here, and its architects were almost exclusively Black. Dance, theater, literature and the visual arts are all deeply informed by the Black experience in New Orleans.”

Visit the Ogden — a 47,000-square-foot, five-story facility — in this fantastic city and treat yourself to one of the country’s finest collections of work by Black artists, across all mediums.

Depicting life in the rural South

Showcasing Black artists through its acquisitions and exhibitions has been the primary focus of the Ogden since its opening in 2003. Legendary Black artist Benny Andrews even served as the first artist-member of its Board of Trustees. “Not only was he a huge voice in American art, but he was an advocate who championed the inclusion of women and artists of color in museum collections,” Sumrall says. “He brought those concepts into the very conceptual planning of the Ogden and its mission.”

The Ogden now holds the largest public collection of Andrews’ work — 242 drawings, watercolors and oil paintings — many of which you can see in a gallery dedicated to this essential painter and activist, who died in 2006. In his best known and most powerful works, Andrews brilliantly delivers figurative paintings of Black people living in the rural South, the very life he himself lived, having been born in Plainville, Georgia, in 1930. Viewing his art, you’ll likely feel empathy for his subjects because, through his skillful brushwork, he shares their burdens, their hunger, their toil, their concerns. He doesn’t put viewers just in the scene, but also in his subjects’ souls. You feel their humanity.

One standout: his 1965 “Death of the Crow.” Although the 1964 Civil Rights Act ended the Jim Crow era of legal segregation around the nation, the figure in Andrews’ painting seems skeptical. The “crow,” with outstretched talons and a pointy beak, may have fight in it yet — and history would prove the artist’s suspicion correct.

Discover additional talent as you wander through the Ogden’s other galleries. Much of what you’ll see falls into the category of vernacular art, meaning the work of self-taught artists. Not surprisingly, Black artists — so many of them denied formal art educations — fill this category. Their work provides plainspoken insight into the 20th century Black experience throughout the South.

Besides Andrews’ work, Sumrall recommends you not miss the work of another artist featured in the museum. “I can’t imagine the Ogden Museum without the constant presence of Clementine Hunter,” he says. 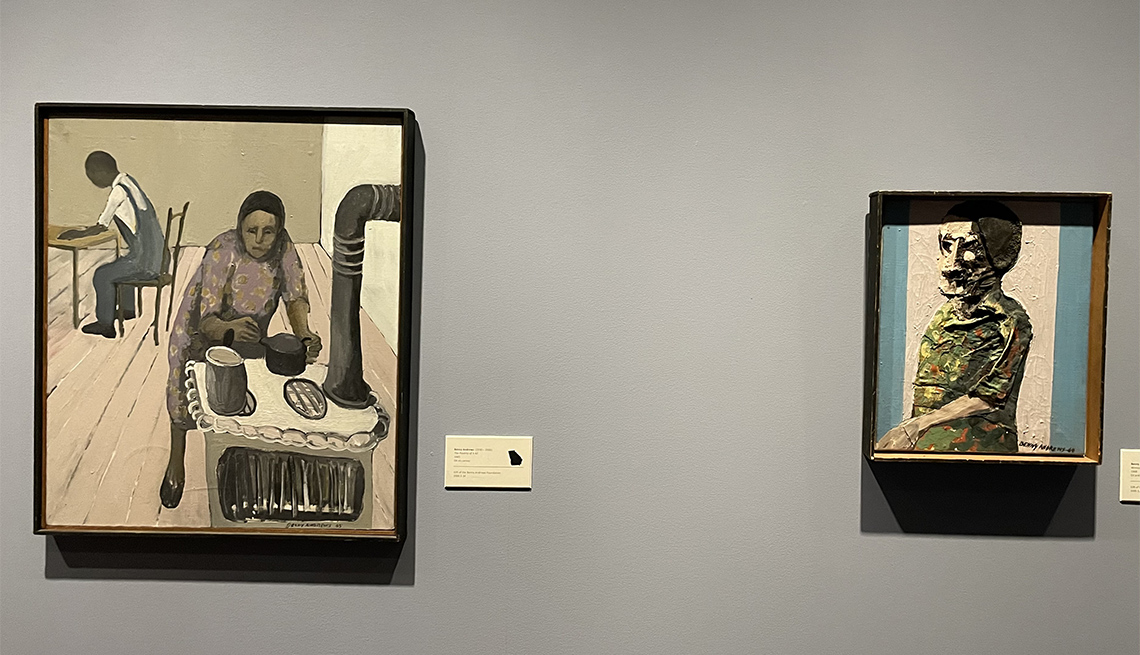 ​Getting there: The museum is about 20 minutes from the city’s airport. Street parking is limited, and pay lots nearby are often full (Ogden is across from the immensely popular National World War II Museum). New Orleans’ notoriously dodgy sidewalks make taxis, Lyft or Uber with dropoff at the museum’s entrance a good option for those not steady on their feet. ​

Best season to visit: Keep in mind New Orleans attracts crowds (often boisterous) for Mardi Gras in February, the New Orleans Jazz and Heritage Festival in late April and early May, and international festivals and major sporting events throughout the year. Check the Visit New Orleans calendar of events if you prefer visiting during a slower time.

Also consider weather: Summers are stifling, and the city gets colder than you might expect in winter.​

Accessibility: The museum is fully accessible, with all levels reachable by elevator. Wheelchairs are available (first come, first served). It offers docent-led tours tailored to those with dementia and their care partners.

Born in Louisiana in late 1886 or early 1887, Hunter lived for a century before her death in 1988. Her work is deeply evocative of the state and its values: connection to the land, family, cultural memory, faith, ritual, the value of a person’s labor. Whereas Andrews’ paintings have a broadly Southern perspective, Hunter’s incisively focus on Louisiana, taking you along its back roads and outside its churches. Long after you return home, the mere mention of her name will bring to mind vivid images of the state.

Her 1945 painting “Panorama of Baptism on Cane River” — painted on a window shade — exemplifies why she called her art “Memory Paintings.” It transports you to a baptism at St. Augustine Catholic Church on the Cane River, in Natchitoches Parish in central Louisiana. Black parishioners dressed in their finest line the riverbank, the baptized are in the water, and a man rings a bell outside the church. It’s a scene Hunter surely witnessed numerous times.

Also seek out the paintings of Thornton Dial and Purvis Young, two other giants of 20th century vernacular art. Dial, an Alabama artist who died in 2016, dispels any misconceptions that self-taught artists aren’t innovative in his “Struggling Tiger in Hard Times.” The expansive canvas, measuring 5 feet by almost 8 feet and incorporating oil, carpet, industrial sealing compound, rope and tin, thrashes and roars.

Unlike Clementine and Dial, Young didn’t live in a rural area, but rather in Miami, where he died in 2010. He energetically captures the city’s scene in “Cityscape With Cars.” Pay close attention to his frames, all of which he constructed himself with discarded materials given to him or that he found.

There’s more to see at the Ogden than paintings. Its other galleries delight with colorful ceramics, fabric pieces, historic and contemporary photographs, metalwork, ordinary objects found around households and neighborhoods fashioned into art objects, sculpture, woodworking and more. The museum regularly rotates pieces in and out, so repeat visits typically deliver surprises. You might see papier-mâché mannequins one time, and painted footballs, shells, softballs and turtles the next.

Le Musée de f.p.c.: This museum, in a Greek Revival house on picturesque Esplanade Avenue, honors the city’s long legacy of free people of color (f.p.c.): Blacks born free or manumitted (released from slavery) before the Civil War. Roughly 18,000 of them lived in the city when the war began, one of the country’s largest and oldest such communities. The museum displays decorative arts, documents (including original manumission papers), paintings and photographs that “present, interpret and preserve the history” of this often-overlooked group. Due to COVID-19, the museum is currently open only for tours on Friday at 1 p.m. and Saturday at 11 a.m. Call 504-323-5074 or visit its website for tickets, released one month in advance.

New Orleans Museum of Art (NOMA): Clementine Hunter’s art is also at NOMA, the city’s oldest fine arts institution. NOMA began collecting her work in the 1950s and hosted her first museum show in 1955, one of the country’s first solo shows for a female African American artist. Open Tuesday-Sunday, 10 a.m. to 6 p.m.; tickets $15, $10 for adults 65 and older, can be purchased online or in person. Proof of COVID-19 vaccination required for entry.

Algiers Folk Art Zone & Blues Museum: For something less institutional and more personal, venture to this small museum in the city’s Algiers Point district on the West Bank. Founded by self-taught Black artist Charles Gillam in 2000, this eclectic find showcases art by various Black folk artists and blues music history, including hand-carved and painted portraits by Gillam of blues legends such as Louis Armstrong and Memphis Minnie. Fun facts: Gillam’s father played guitar for Fats Domino, and the Smithsonian National Museum of African American History and Culture in Washington, D.C., acquired Gillam’s depiction of Fats playing piano on the roof of his flooded New Orleans studio in the aftermath of Hurricane Katrina. Due to COVID, visits are currently by appointment only; 504-261-6231.

For a little funk: Historic meets hip at the 162-room Cambria Hotel in the Downtown Warehouse District, ideally located between the Ogden Museum and the French Quarter. It impresses with its local art and funky décor. Rooms from $98

For a dose of history: Settle into the Degas House, the renovated Esplanade Avenue mansion where French Impressionist Edgar Degas lived with family for a year between 1872 and 1873. It was the childhood home of his mother, who came from a family of prominent cotton brokers in the city. Now a bed-and-breakfast run by one of the artist’s distant relatives, the nine-room property features a small Degas museum. Alas, you won’t find any of his original artwork here. Rooms from $189

Locals count these two Black-owned hot spots among their favorite restaurants in a city famous for its dining scene.

Willie Mae’s Scotch House: The fried chicken draws crowds to this casual restaurant, a mainstay in the city for more than 30 years now run by the great-granddaughter of the original owner, Willie Mae Seaton. It won the James Beard Foundation’s American Classics Award in 2005, a coveted distinction given to restaurants that keep regional culinary traditions alive. Pick from two locations — one in the Treme neighborhood between the French Quarter and NOMA, the other in the Pythian Market downtown.

Bywater American Bistro: Owner Nina Compton, winner of the 2018 James Beard Foundation Best Chef: South Award, serves up fine dining in a casual setting in the Bywater neighborhood, on the other side of the French Quarter from the Warehouse District. In-the-know locals come for the jerk chicken rice and spaghetti pomodoro. 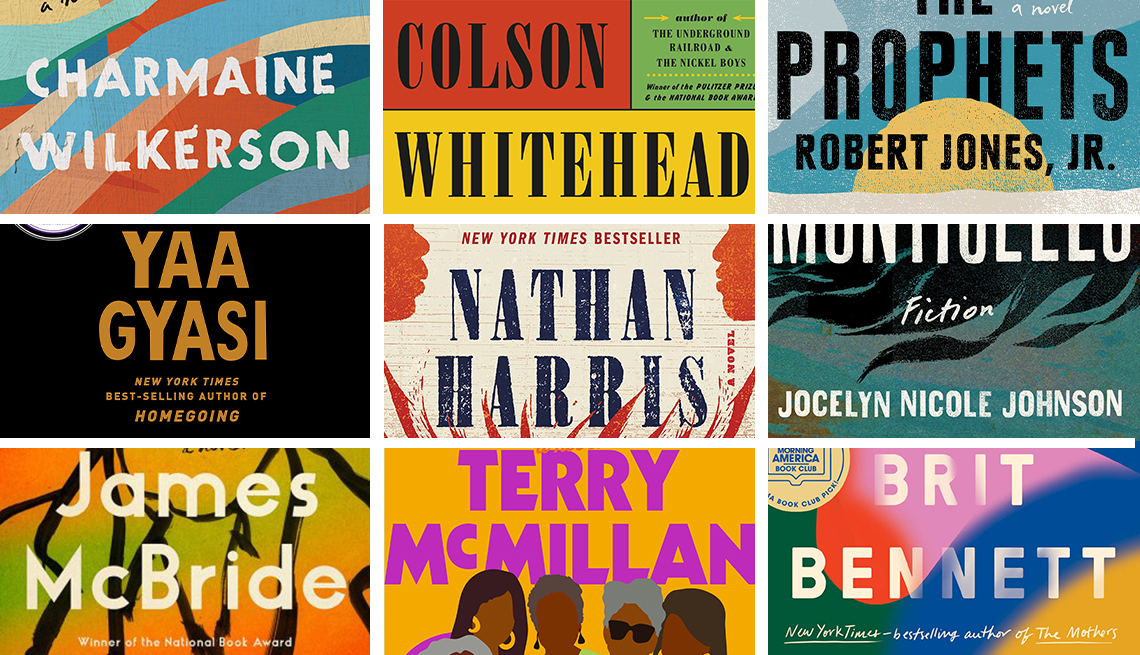 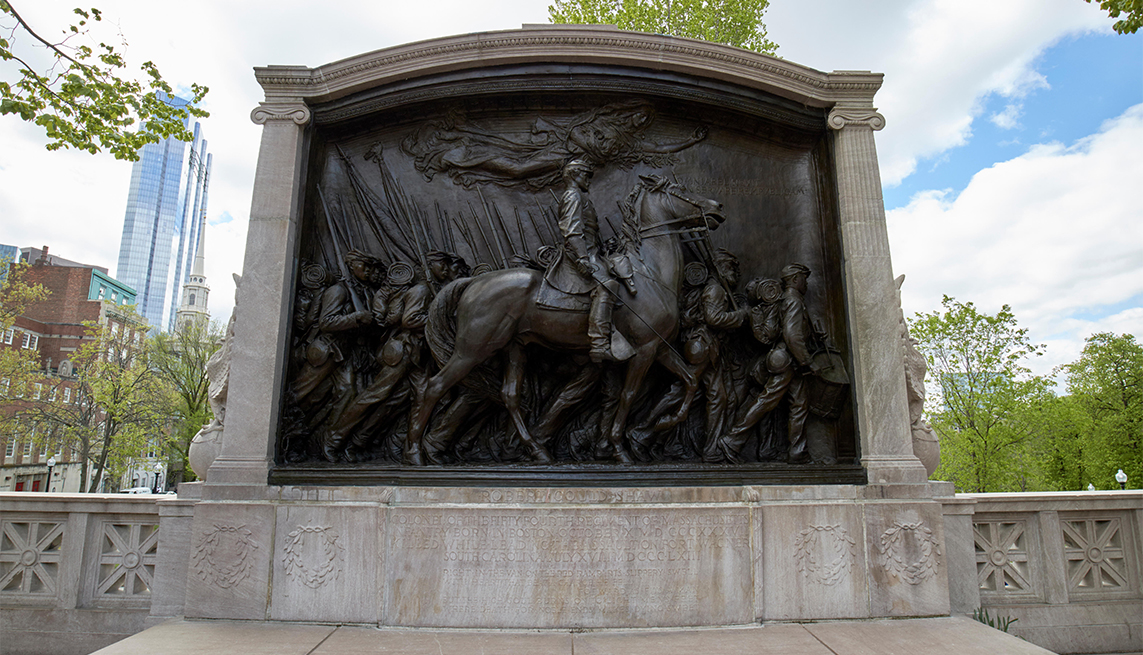 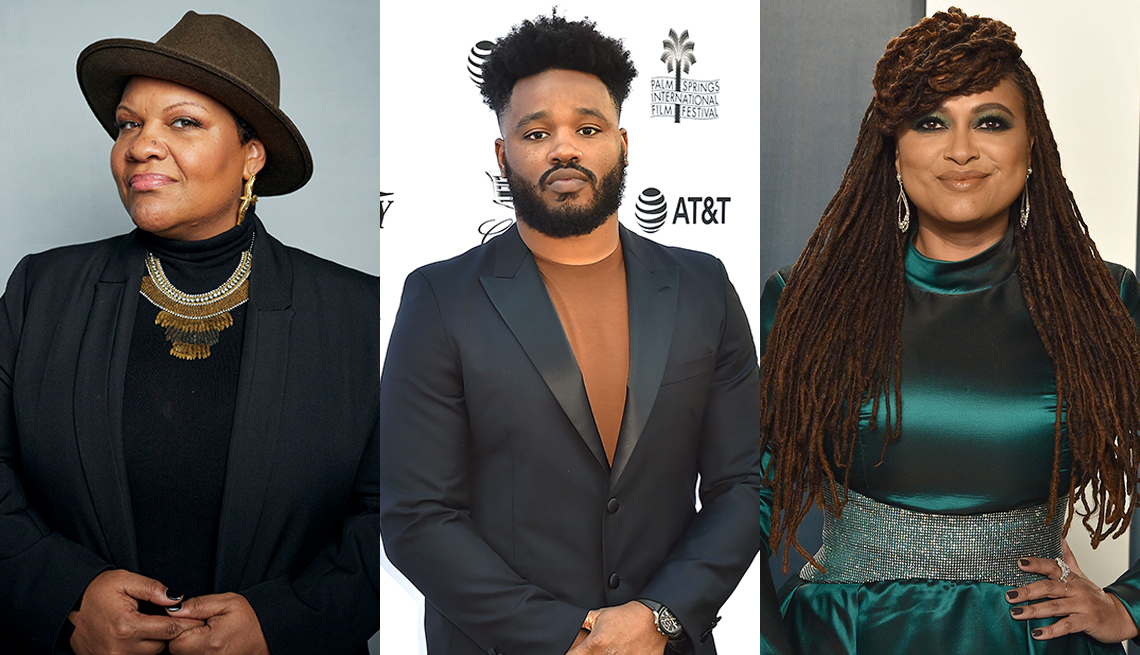 11 Black Filmmakers You Should Know