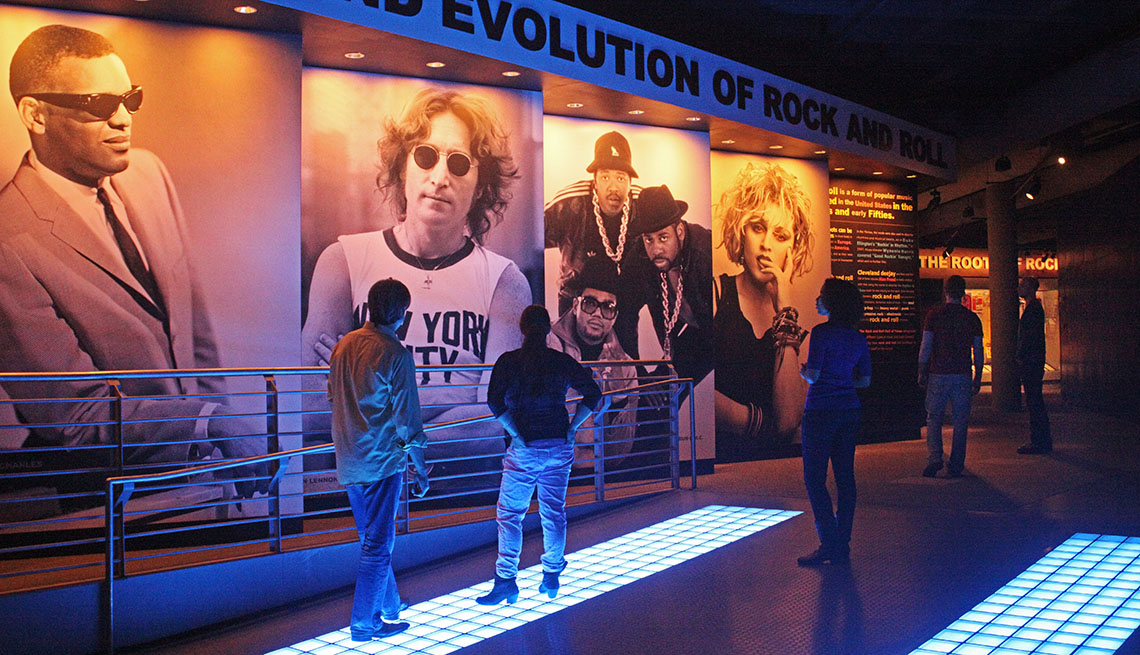 When in Cleveland, take a trip down memory lane at the Rock and Roll Hall of Fame.

I had been zipping by Cleveland for more than 20 years — on my annual drive from the East Coast to Lake Michigan — before I finally gave myself time to discover why they say Cleveland rocks.

While this Ohio city of 390,000, home in July to the Republican National Convention, has much to boast about, the Rock and Roll Hall of Fame and Museum was the big draw for me and my husband, both of us boomers.

On a sunny summer day, we entered the stunning I. M. Pei building, opened in 1995 to house and preserve an eccentric collection of pop-culture and music memorabilia.

With seven levels and 55,000 square feet of exhibition space, the museum felt overwhelming at first. Docents, though, were stationed throughout to help visitors navigate this massive temple to the rock 'n' roll gods.

We began — as one should — with an exhibition called "The Roots of Rock and Roll: Blues, Gospel, Country/Folk/Bluegrass and R&B," hearing snippets of signature recordings and seeing instruments and costumes used by such legends as Muddy Waters, Woody Guthrie, Pete Seeger and Mahalia Jackson. We lingered over exhibits about the bands central to our teen and college years — the Rolling Stones and the Beatles. The latter display is full of fun John Lennon artifacts, including his 1964 Gibson J-160E guitar, which he used in his "bed-in" for peace.

Every visitor admires treasures such as Michael Jackson's bejeweled glove and Elvis Presley's motorcycle, but I delighted in the smallest of artifacts: Neil Young's handwritten lyrics for his classic "Heart of Gold" and Hunter S. Thompson's profane notes to his Rolling Stone editors.

The hall also devotes space to Gen X faves (Nirvana, Green Day) and modern stars (Lady Gaga, Rihanna). But there's no doubt that boomers are its bread and butter.

The point of a museum is to preserve the past. At that task, we decided, the Rock Hall rules.