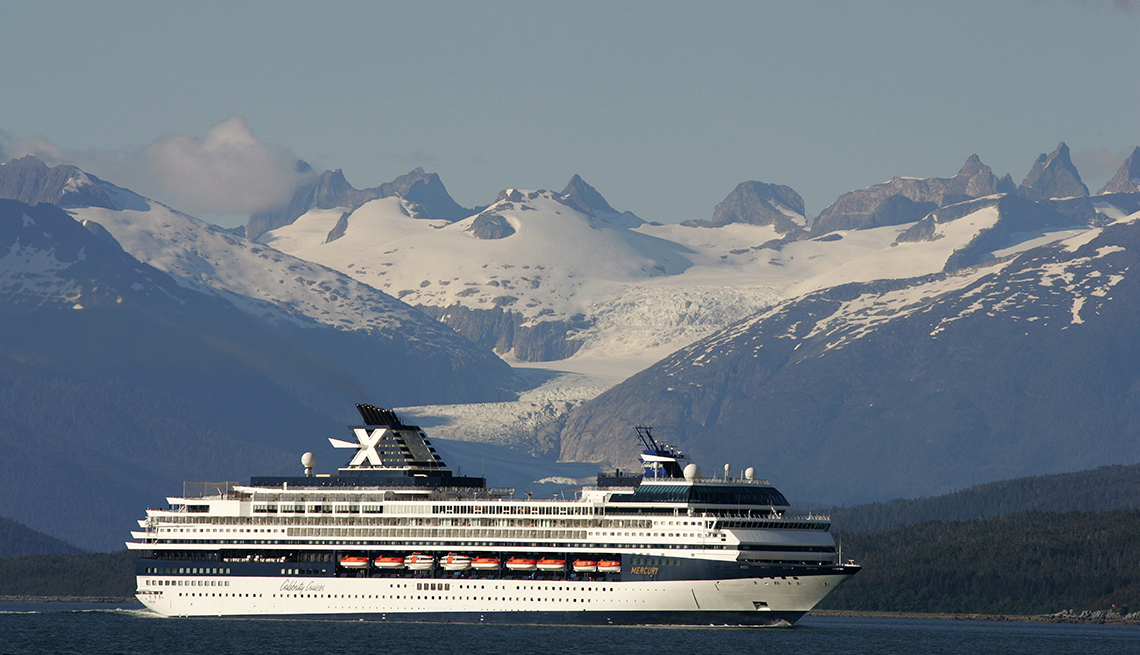 Watch for icebergs, humpback whales and more while aboard a cruise to Glacier Bay.

En español | The cruise reviews-and-information site CruiseCritic.com combed through the thousands of ratings it's gathered from passengers so far this year (the site draws 6 million visitors a month) to find the best-rated destinations. Alaska's Glacier Bay took the top spot and three French cities — but not Paris — made the top 10. We talked to Colleen McDaniel, senior executive editor at Cruise Critic, about what makes these places so special.

"There’s just no other place like it: It has sheltered fjords, glaciers and an abundance of wildlife. You could literally be looking at one of the most stunning glaciers in the world and a whale breaches in front of you. It’s that kind of place. It’s spectacular."

"A favorite of river cruisers along the Rhône in Provence, Arles has a quaint old-town area with cobblestone walkways, and a big Roman influence, with an incredible amphitheater built in 90 A.D. that looks like a mini-Colosseum. And if you’re an art fan, you know this is where van Gogh spent time and painted, so you can see some of scenes he featured, most notably 'Café Terrace at Night.' It’s a very special place."

"This is a great city that gives passengers a taste of Europe without their having to cross the Atlantic because it has that really strong French influence. And it’s perfectly situated in the Saint Lawrence River valley at the Appalachian foothills, making it a huge spot for fall foliage cruises, but it’s also beautiful in spring and summer. You get culture, history and wonderful cuisine here."

"A common start or end point for Danube River cruises, it has lots of museums and architecture dating back to medieval times, the parliament building and the opera house … But what makes Budapest really special for people is the nighttime cruising, when they play the 'Blue Danube' waltz and you float under the bridges and see the beautiful buildings lit up. It’s not surprising that people often add time before or after their cruises to see more of the city and enjoy the Budapest baths, great markets and beer scene."

"It’s kind of a hidden gem, a university city without a lot of tourists, located on the Main River, between Nuremberg and Frankfurt. Like a lot of German cities, it was devastated by World War II, but has invested in restoring old monuments, so it's this quaint city that has a very modern vibe."

"This is another place that until recently hadn’t been part of most Danube River cruises, which shows that cruise lines are looking for places off the beaten path. Dürnstein is a lot smaller than nearby Vienna, but absolutely fascinating as well. It has old architecture, the castle where King Richard I (Richard the Lionheart) was once imprisoned, and is just beautiful, surrounded by vineyard-covered hills. The city is in the pretty part of the Wachau Valley, famous for its wine."

"Avignon, also along the Rhône, is similar to Arles, but a bit larger, with a walled historic area. A real draw for history buffs, this is where the Catholic popes temporarily relocated in the 14th century, so you can visit their grand, Gothic residence, the Palais des Papes. And of course there’s the wine — wine is going to be a big part of any cruise you do on the Rhône."

"This is a big, colorful city — that iconic destination you have to visit when you go to Russia, whether on a river cruise or a Baltic Sea journey. As you cruise into the port you see those gorgeous turrets with the onion domes on top, and there’s so much to do, including visiting Peter the Great’s Palace (the Peterhof Palace) and the stunning Hermitage museum (which you need time to explore, if your cruise allows it)."

"This oceanside destination is pretty breathtaking when you come upon it from the water: a walled city with orange roofs set against the hillside. Games of Thrones was filmed here, of course — you can’t walk around town without seeing a reference to the TV show — and it's getting extremely crowded, but it’s easy to find a winding alleyway and walk a bit to escape to a quieter place. The beaches are beautiful, with restaurants and bars along the shore, with water that's mild and super salty so you float like crazy."

"Another town many people may not know about, Villefranche is a beautiful ocean port, a fishing village right on the French Riviera between Nice and Monaco, with homes built into the hills. This place is about wine, it’s about seafood — the perfect destination for people into cuisine. It also has great shopping and lovely sandy beaches for snorkeling, plus the great benefit of being accessible from the ship on foot." 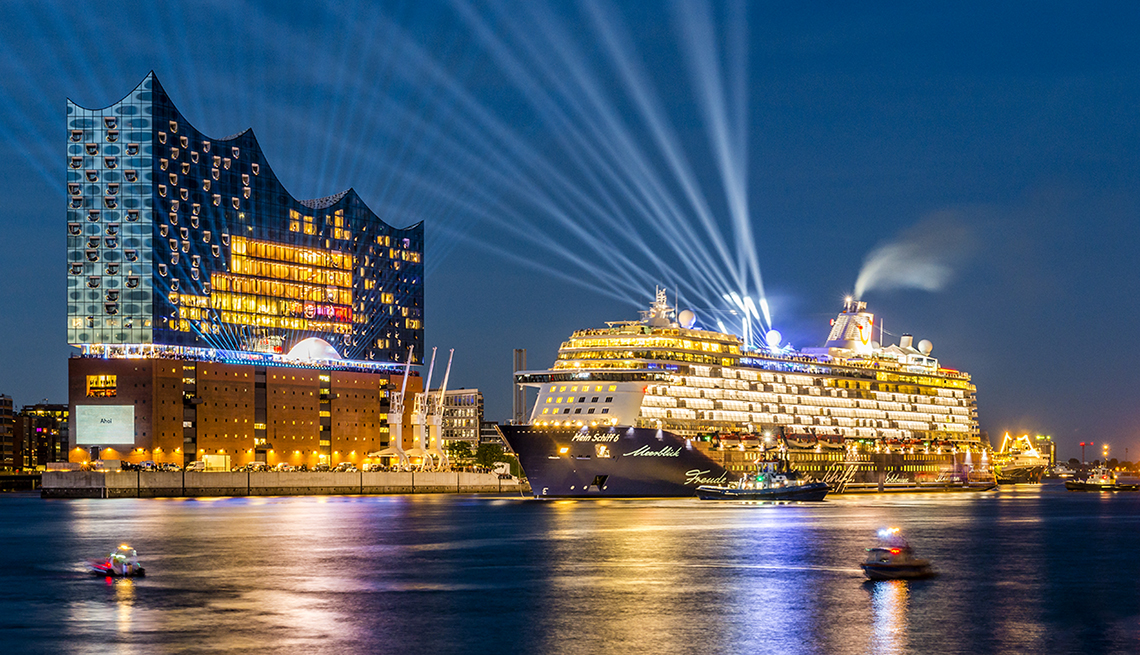 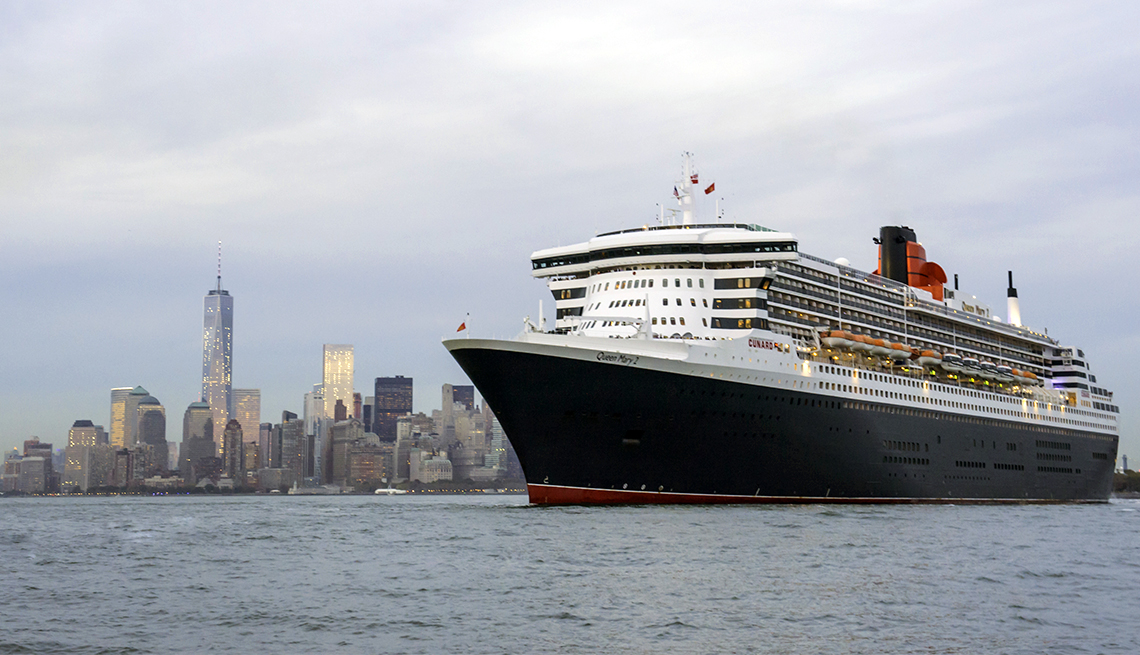