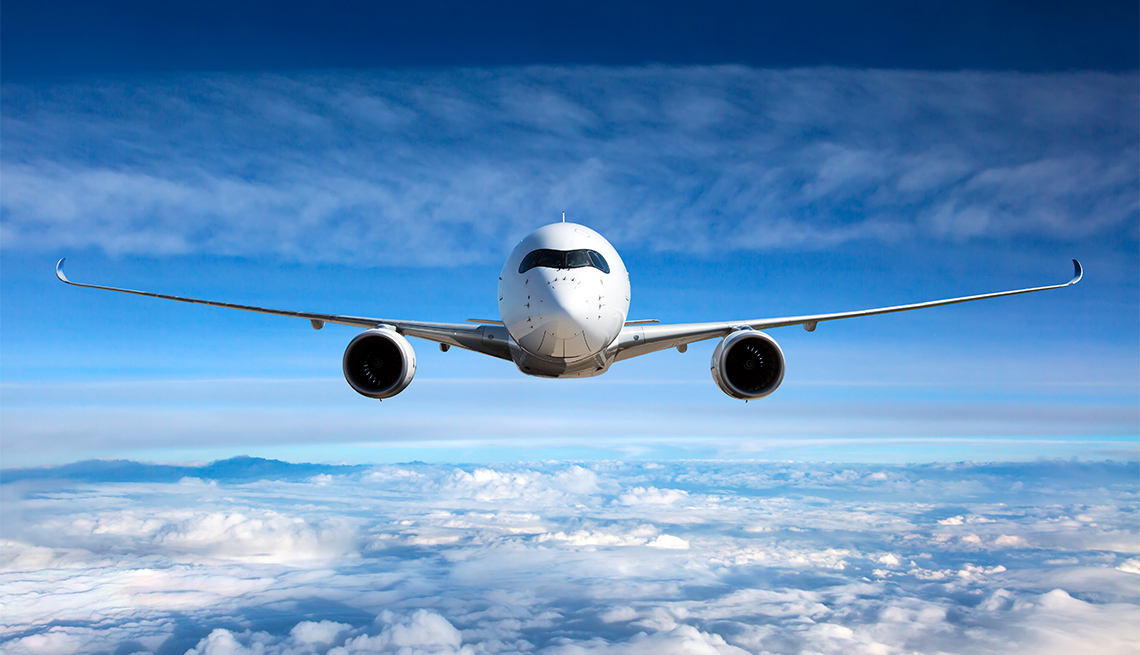 In a year with increasingly outrageous behavior from airline passengers, perhaps we shouldn’t be surprised by what happened on Delta Airlines Flight 2790 from Tampa, Florida, to Atlanta on Dec. 23.

If you haven’t already seen the viral video of the incident: A woman who’s been identified as Patricia Cornwall stands in the aisle with her mask pulled down, furious after a crew member has asked her to find an empty seat while the beverage cart blocks her path. A riled-up Cornwall tells the man seated next to where she’s standing to “put your [expletive] mask on.” He angrily yells at her to put her own mask on, and shouts, “Sit down, Karen!” (the derogatory term for an unpleasant white woman who feels perpetually wronged). They hurl profanities at each other, and she finally spits on him and hits his face before being pulled away by crew members. Cornwall was reportedly taken into federal custody when the plane landed.

So much for the friendly skies.

It was only one of the more publicized examples of bad behavior from airline passengers in the past year. Every week, it seems, brings a new report of an outrageous and dangerous incident above. Last month a passenger started a brawl at Miami International Airport after his flight was canceled. During a scuffle with police one of the two men who ended up being arrested reportedly bit one of the officers in the head.

On a recent JetBlue flight from Boston to Puerto Rico, a traveler allegedly tried to storm the cockpit and attempted to choke a flight attendant with his necktie.

The Federal Aviation Administration (FAA) says that through Dec. 21 there were 5,779 incidents of such unruly passenger behavior in 2021﻿; more than 4,000 of them ﻿were dispute﻿s over mask-wearing﻿, which is required on planes and in airports to prevent the spread of COVID-19.

The Association of Flight Attendants-CWA reported in July that more than 85 percent of its members had encountered bad behavior from passengers this year, based on a survey of nearly 5,000 members. And almost 1 in 5 have been physically threatened.

The government and airline industry fight back

These incidents come as the agency has adopted a zero tolerance policy toward flight disruptions. The FAA can propose up to $37,000 per violation for unruly passenger cases (up from $25,000 in 2018, when such behavior was relatively rare). It can also lead to jail time.

It announced last month, meanwhile, that under a new FAA-TSA partnership, passengers fined for disruptive behavior would lose their eligibility for TSA PreCheck, the pre-screening program that allows travelers a faster route through security: “If you act out of line, you will wait in line,” FAA Administrator Steve Dickson said. “One unruly incident is one too many.”

It's been so bad that Congress is trying to address the problem:﻿ Last month the﻿ Senate Committee on Commerce, Science and Transportation held a hearing on increased incidents of air rage where lawmakers and industry representatives such as Association of Flight Attendants-CWA president Sara Nelson called for more aggressive prosecution of disruptive or violent passengers. “Our members have reported being repeatedly punched in the face, kicked, slammed against doors and counters and have even been spit on by passengers," Nelson said in prepared remarks for the hearing.

In a September ﻿congressional hearing on the issue, lawmakers also discussed installing additional barriers to prevent unruly people from entering the cockpit﻿, increased self-defense training for flight attendants﻿﻿ and other measures. Delta Airlines has proposed establishing a federal “no-fly” list for offending passengers.

The FAA has tried to raise public awareness by tweeting warnings and releasing memes — pictures with text designed to easily share on social media — urging passengers to behave.

One shows an elderly woman in a cockpit, raising a finger in admonishment. “Don't embarrass me. I raised you better than to act that way,” it says. “The FAA has zero tolerance for not following crew instructions.” Another shows a picture of a pickup. “You could have spent $35,000 on a brand new truck. But instead you are paying a fine because you punched a flight attendant.”

What in the world is going on?

Mask-related conflicts, too much alcohol

The FAA notes that the majority of the cases involve conflicts over the mask requirement. On a JetBlue Airways flight from Boston to Orlando last spring, for instance, a woman refused to comply with the mandate, shouted obscenities at the flight crew and, after a seated passenger objected to being bumped into, punched the passenger in the face.

Many of the cases involve alcohol, which has led some airlines, including Southwest and American, to temporarily suspend or limit alcohol service in economy class for domestic flights.

Several of the alcohol-related cases have involved passengers bringing aboard their own alcoholic drinks, which is prohibited by FAA regulations. Dickson of the FAA wrote a letter to airport officials asking them to work with their concessionaires to help ﻿keep passengers ﻿from buying alcohol and taking it “to-go” on their flights.

In other cases, passengers have been overserved in the airport and already are intoxicated when they board the plane. “There's no question that alcohol has played a role in these incidents. If someone has a few drinks on the ground and a few more on the plane, they lose the ability to stop themselves,” Ewen says.

Gail Saltz, M.D., an associate professor of psychiatry at the New York Presbyterian Hospital/Weill Cornell School of Medicine and host of the How Can I Help? podcast from iHeartRadio, says she's not surprised by the rise of unruly passengers.

"People are feeling super taxed and fearful,” she says. “It's a potentially combustible situation in a small, enclosed space where you can't do what you want, and you can't leave the scene."

It's easy, she notes, to get angry at a fellow passenger who's not wearing their mask properly. And that can quickly escalate. Adding to the problem is a general deterioration in public behavior, which she believes has been fueled by the combative political environment. Saltz says she has even noticed the change in hospitals.

"Patients are being belligerent and screaming at doctors and cursing. That didn't really happen before. That's really happening now. We've been desensitized to the inappropriateness of that."

She says it helps to recognize that we're all under stress, and to avoid adding to a charged situation.

It's also important to keep perspective on the problem, urges Ewen. “There are millions of passengers flying every single day, and thousands of planes taking off. The vast, vast majority are taking off and landing without any issues."

What to do if there's trouble on your flight

Virginia native Larry Bleiberg is president of the Society of American Travel Writers, a frequent contributor to BBC Travel and the creator of CivilRightsTravel.com.​​

Some cancellation restrictions continue, even as omicron upends travel plans

With the FAA and others concerned it could affect pilot navigation﻿, ﻿mobile carriers agree to compromise