What to Know About Flying as COVID-19 Cases Spike

Fasten your face mask: Airlines are focusing on infection prevention 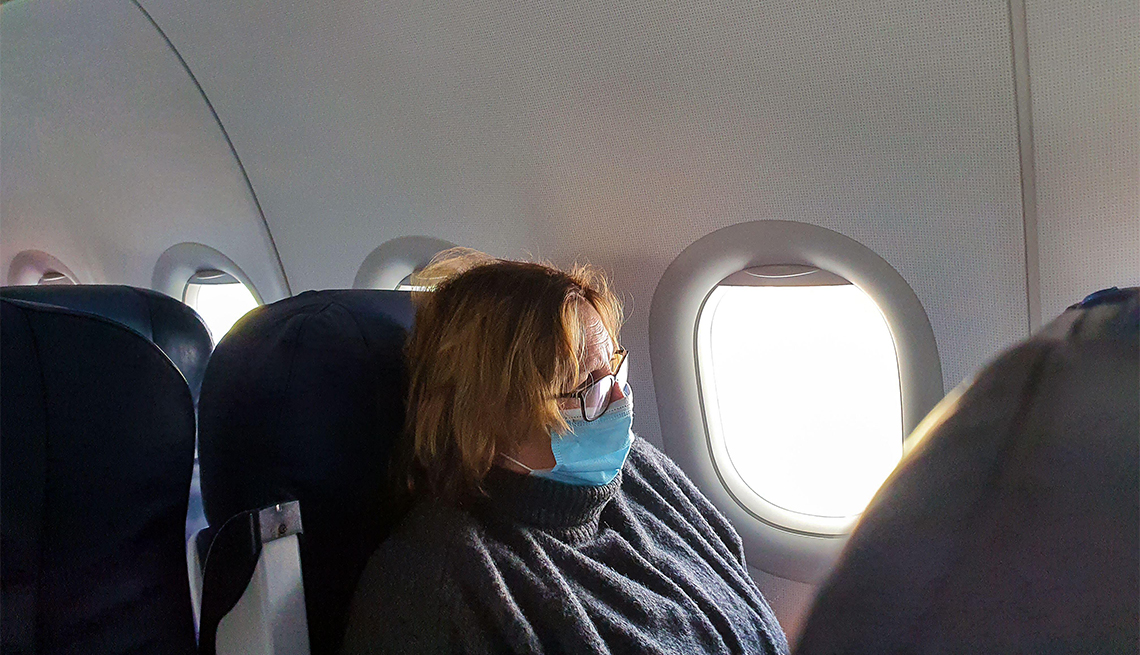 | Some travelers have taken to the skies again despite the surging pandemic, and some are contemplating doing so during the holiday season and beyond. Those who do will find that flying in the COVID-19 era is a very different experience than it once was. Among other changes, passengers now have few if any food options, must follow carefully choreographed boarding procedures to allow for social distancing, and, along with airline staff, are required to wear masks, with very few exceptions.

Here’s more on what to expect if you plan to fly this winter.

Once you are through security (see new rules) and arrive at the gate, don’t expect an empty concourse. The number of airline passengers screened by the Transportation Safety Administration (TSA) ticked up from about 88,000 a day in mid-April to about 867,000 on Nov. 12, though it’s still down substantially from about 2.3 million on that day a year ago. Some airlines, including Alaska Airlines, Delta Air Lines, JetBlue and Southwest Airlines, are limiting the number of passengers per flight to prevent the crowded conditions that might lead to infection. American Airlines and United Airlines do not have capacity constraints, though both will allow customers to move to another flight free of charge if their scheduled flight is 70 percent or more full.

The major airlines are now serious about enforcing their requirements that passengers (unless they are age 2 and under, usually) wear face masks during boarding and on the plane, as well as in areas throughout airports they serve, such as customer service counters and gates. The only time masks may be removed is for eating or drinking — which experts suggest you keep to a minimum. They’ve announced that travelers who refuse to wear masks onboard will not be allowed to fly. Delta has reportedly blacklisted nearly 550 passengers who have refused to wear a mask since the mandate was issued in May. “If a customer is unable to wear a face covering or mask for any reason, Southwest regrets that we will be unable to transport the individual,” the company said in a statement.

Like American, United and Southwest, Delta doesn’t permit masks with vents or valves, which allow air to be expelled, nor face shields (unless worn with a mask). It offers customers complimentary replacements if they show up wearing masks with valves. Exemptions require completing a “clearance to fly” procedure that, according to the airline’s website, “can take over one hour.”

Many airlines are also handling boarding differently to encourage physical distancing. Southwest Airlines, for one, previously asked customers to line up in two adjacent lines of 30, but it’s now boarding just one line of 10 people at a time.

Alaska Airlines, Allegiant, Delta, Frontier, JetBlue and United are boarding their planes from the rear rows forward, to avoid crowding in the aisles.

American Airlines continues to board passengers by groups — it says the row system works only if everyone is at the gate, which is impossible with the number of connecting flights it operates — though agents space people out during boarding.

Spirit asks passengers to scan their own boarding pass and will allow anyone to board at the end of the boarding process to reduce their time on the plane.

Frontier is the first U.S. airline to take passengers’ temperatures with a touchless thermometer before boarding, and will block anyone with a temperature of 100.4 F or higher from flights. Frontier says it “will work with that customer to rebook travel on a later date or otherwise accommodate the traveler’s preferences with respect to their reservation.” Like other airlines, it’s also asking passengers to complete an online “health acknowledgment” before check-in to confirm, among other things, that they will wash or sanitize their hands before boarding, will check their temperature before heading to the airport, and have had no symptoms related to COVID-19 in the previous 14 days.

Proof of negative results from a COVID-19 test in order to avoid quarantine restrictions is required by a growing list of destinations, including New York, Hawaii and Jamaica. For international fliers, American is piloting a new app called VeriFLY for Jamaica-bound fliers that allows them to learn the travel requirements of the destinations and safely store required documentation, such as COVID-19 test results. A growing number of airports have begun offering COVID-19 tests to departing passengers.

Seat spacing: As traffic in the air increases, empty middle seats are becoming less common, and passengers may have to fly next to strangers, especially on American and United. JetBlue is taking a gradual approach to filling its planes, limiting them to 70 percent full through Dec. 1, then to 85 percent through Jan. 7, after which it will resume selling to capacity as demand permits.

Both Alaska and Delta have said they will block middle seats through Jan. 6. Southwest is blocking middle seats through Nov. 30. Allegiant says it spaces people out as practicable “but on fuller flights, that’s not always possible,” according to a spokesperson. Allegiant fliers can opt to be notified if their flight exceeds 65 percent capacity and can request a credit voucher or choose another flight, though they must pay any fare difference.

Cleaning: All carriers have announced enhanced aircraft cleaning procedures, including the use of hospital-grade disinfectants. Southwest reports, “We deep clean each plane from nose to tail for nearly 6-7 hours every night,” and says the airline uses “a sophisticated air recirculation system that introduces fresh air into the cabin every second while in flight.” Delta claims that the airline is using “state-of-the-art air circulation systems with industrial-grade HEPA filters on many Delta aircraft that extract more than 99.99 percent of particles, including viruses.” And Air Canada notes that, among other cleaning procedures, “We’re rigorously grooming all headrest covers.” Several airlines are touting a new study by the Harvard T.H. Chan School of Public Health that put the risk of in-flight disease transmission at low and safer than everyday activities like grocery shopping.

Food: Galleys are largely retired for now. JetBlue’s beverages and snacks come in a sealed bag. Frontier planes will carry only a limited amount of bottled water for sale. In the main cabin on flights between 900 and 2,199 miles, American hands out snacks and bottled water only at boarding; on flights over 2,200 miles, snacks and nonalcoholic drinks are available in-flight. Delta encourages travelers to bring their own snacks and nonalcoholic beverages. Southwest serves water and a snack mix on flights over 250 miles “when available.”

Entertainment: Many airlines have removed seat-back literature, including in-flight magazines (American’s publication, American Way, is a prominent exception). Alaska has moved the content to its app. Unless you’re flying JetBlue, don’t assume you’ll have a seat-back screen; most major carriers, including United and American, were already moving their video entertainment to their apps for in-flight viewing before the pandemic. JetBlue will enable your personal electronic device to act as the seat-back television remote control on some planes.

Wearing masks off the plane: Depending on your destination, expect to keep your face covering on after landing until you leave the airport. Reagan National and Dulles International airports, in Virginia, and Los Angeles International Airport are among the many large airports that require everyone in public spaces to wear face coverings.

Editor's note: This article was originally published on June 5. It's been updated to reflect new airline procedures. 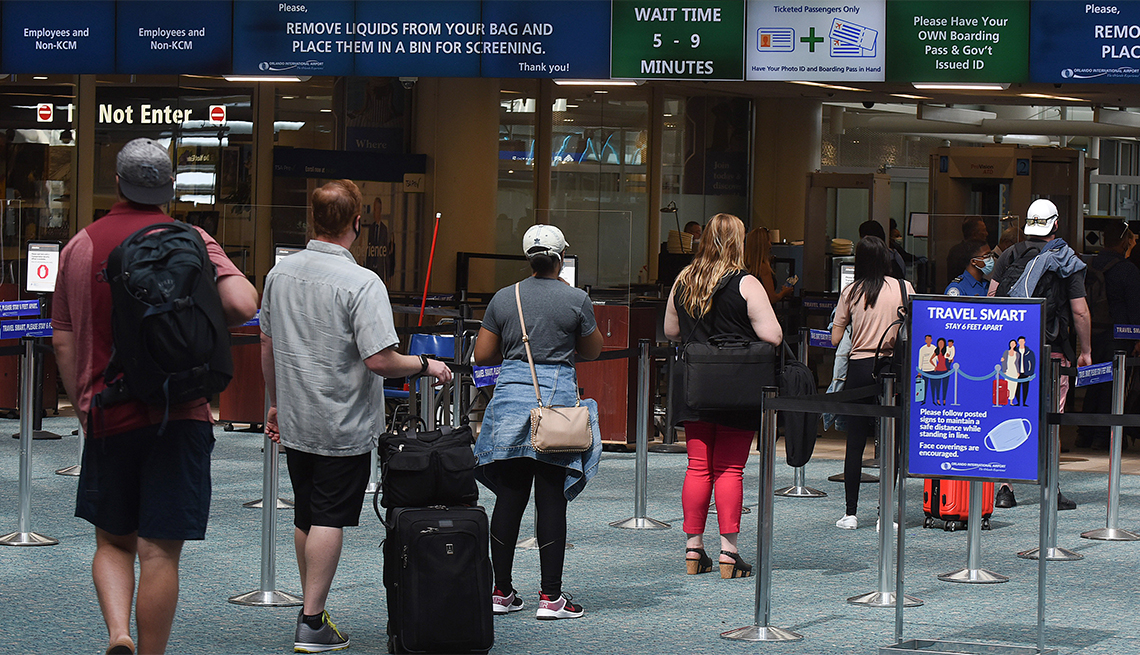 Thinking About Flying Again? What to Expect at the Airport 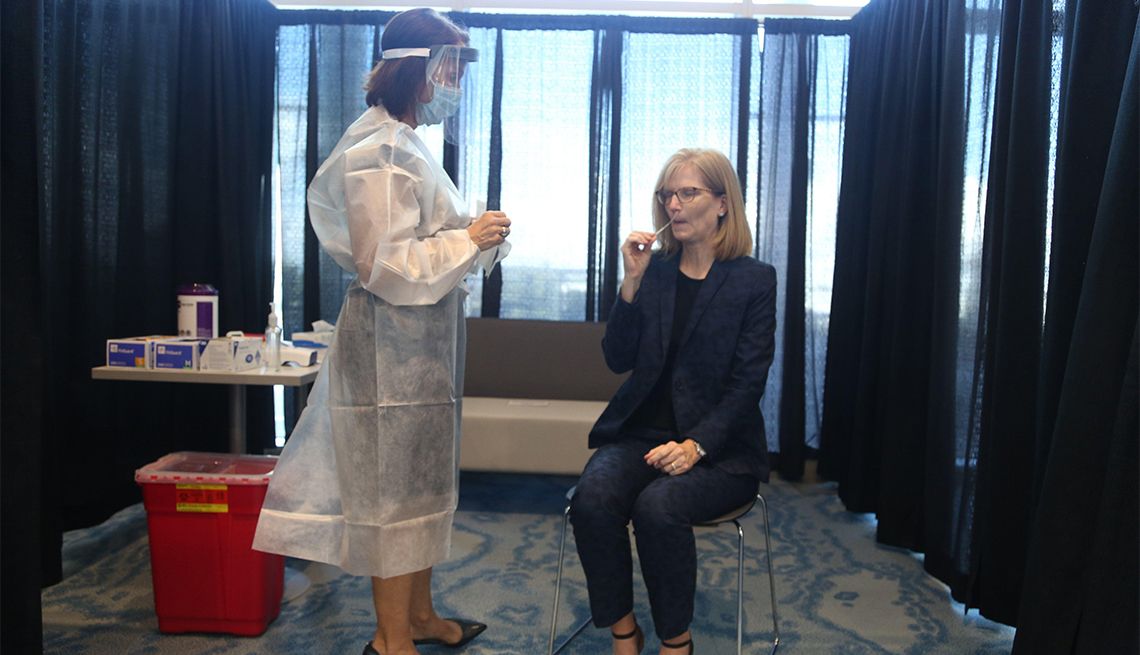 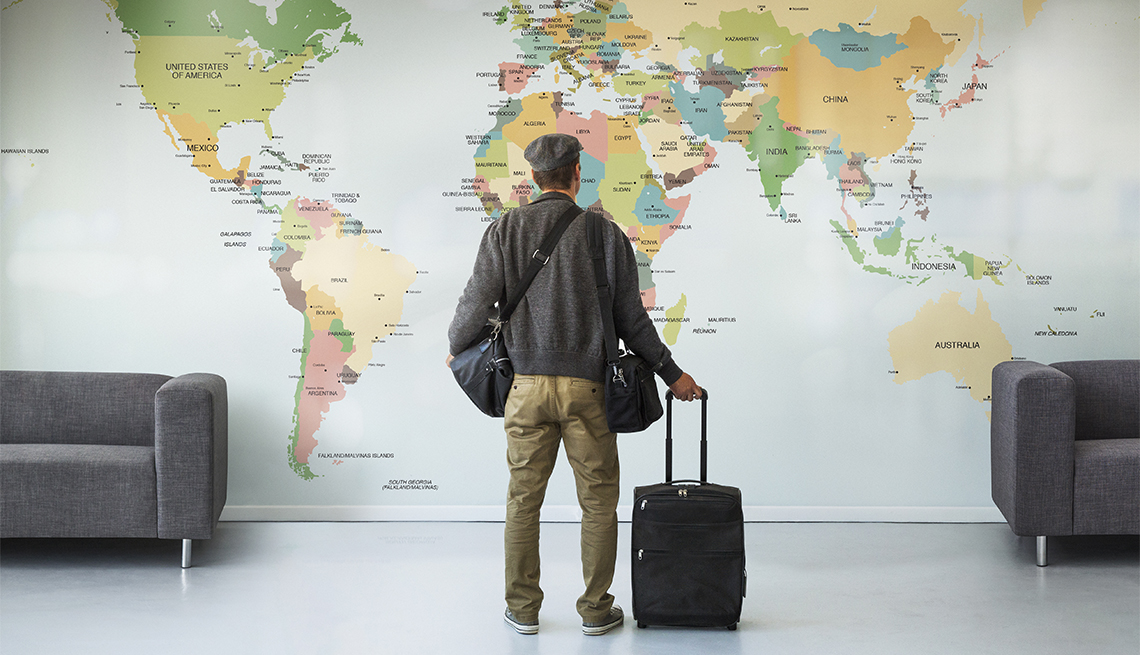