The Budget-Traveler’s Guide to Chicago​​ 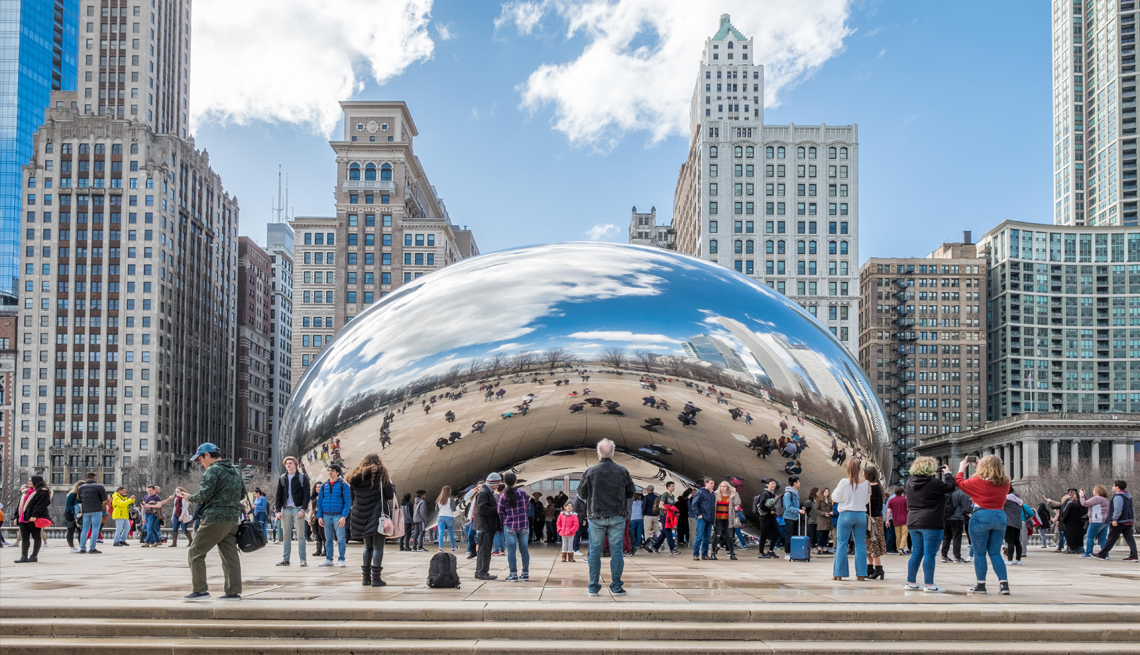 Chicago is known for its chilly, windswept weather, but don’t be fooled. For much of the year, the metropolis, built on 22 miles of Lake Michigan’s southern shore, offers comfortable temperatures for outdoor enjoyment of its architectural and natural pleasures — many of which are free.

The bulk of your budget will go toward lodging, so you’ll want to be shrewd about timing your trip. Rates tend to yo-yo with the seasons (better weather brings higher prices) and business traffic (midweek rates can surge, often depending on the convention calendar). These are my top tips for ways to save in this fantastic city:

I like to clue friends in about lesser-known hotel options, especially those conveniently located by one of the elevated (the L) or subway train lines, such as in Old Town or Lincoln Park. One stop from Michigan Avenue’s retail-centric Magnificent Mile, the Ambassador Chicago hotel (1301 N. State Parkway) sometimes has rooms listed for $119 and up on its site, and they can appear on Hotels.com for $116 a night. HotelTonight consistently has options for $100 or less; I’ve used it to book a staycation at the Hotel Lincoln (1816 N. Clark St.), a stylish boutique lodging at the edge of Lincoln Park, for $100.

One of the most economical ways to travel around the city (and to and from its two airports), riding the L, can be its most scenic. Looping the downtown, the Brown Line weaves around skyscrapers, crosses the Chicago River and provides backyard views of many neighborhoods. Seven-day unlimited passes are $25. But the ideal way to appreciate Chicago’s renowned architecture, as well as absorb some city history, is on foot. 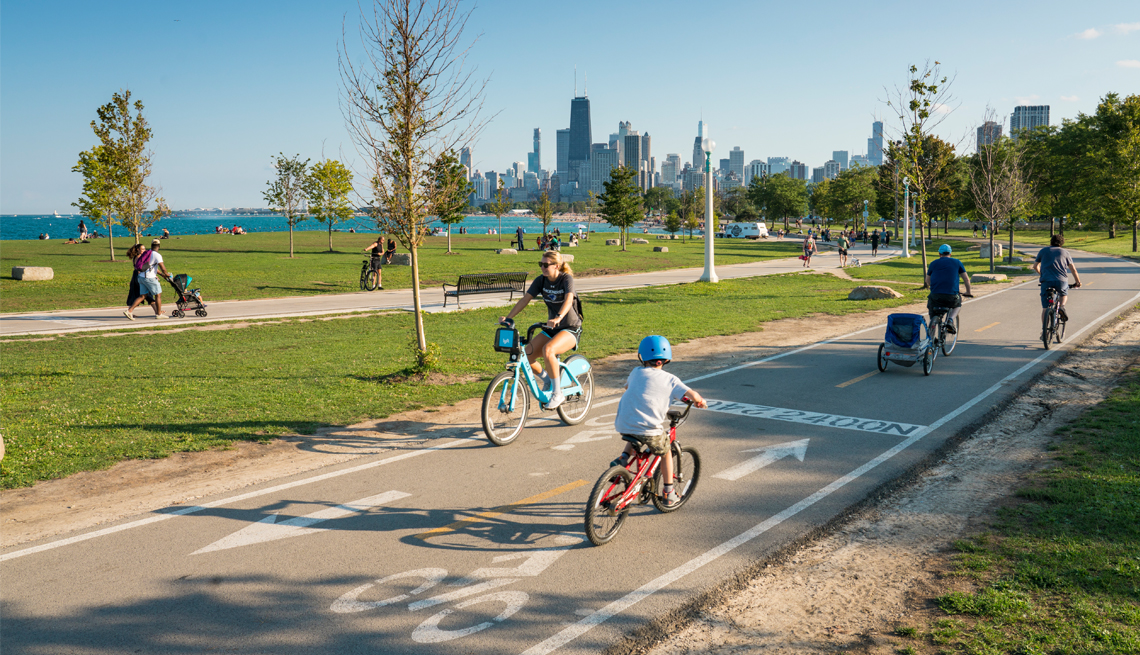 Take the Must-See Chicago walking tour. Consider this 90-minute tour offered by the Chicago Architecture Center (architecture.org, 111 E. Wacker Dr.), which hits the highlights and includes admission to the center’s museum ($30 per person). It’s just off the recreational Riverwalk path, which I recommend for a twilight stroll that features postcard vistas of iconic skyscrapers.

For a splurge, see the city from the water on a CAC River Cruise aboard Chicago’s First Lady. Docents from the Chicago Architecture Center share stories about riverfront landmarks. Tickets start at about $50 (March through November).

Visit the Art Institute of Chicago. You can easily spend a day at this landmark (artic.edu, 111 S. Michigan Ave.). Built for the 1893 World’s Columbian Exposition and filled with treasures largely amassed by early industrialists, it has one of the world’s strongest collections of Impressionist and Postimpressionist paintings ($25 for adults; $19 for those 65 and older).

Explore Millennium Park. Many of the city’s free attractions hug the lakefront, including the art-filled, 24.5-acre Millennium Park, part of the larger Grant Park. A pedestrian bridge designed by architect Renzo Piano connects the Art Institute to the park, home to prairie gardens in summer, an ice rink in winter and selfie takers year-round. Photo seekers gather at Anish Kapoor’s reflective Cloud Gate sculpture, popularly known as “The Bean.”

Just north of Millennium Park is the 3,040-foot-long Navy Pier, which juts into Lake Michigan. Originally a commercial shipping center, the pier is now a civic attraction featuring rides (the nearly 200-foot-tall iconic Centennial wheel among them), boat tours, shops, restaurants and the acclaimed Chicago Shakespeare Theater (chicagoshakes.com). Don’t miss the Miller Lite Beer Garden for brews with views and live music in the summer.

Stroll the Lincoln Park Zoo. This is another freebie, located on the lakefront a little over 3 miles north of Millennium Park, with its expansive great-apes house and an immersive African habitat (lpzoo.org).

Check out the Garfield Park Conservatory. It’s free to visit this conservatory (garfieldconservatory.org, 300 N. Central Park Ave.), one of the largest indoor gardens in the nation. 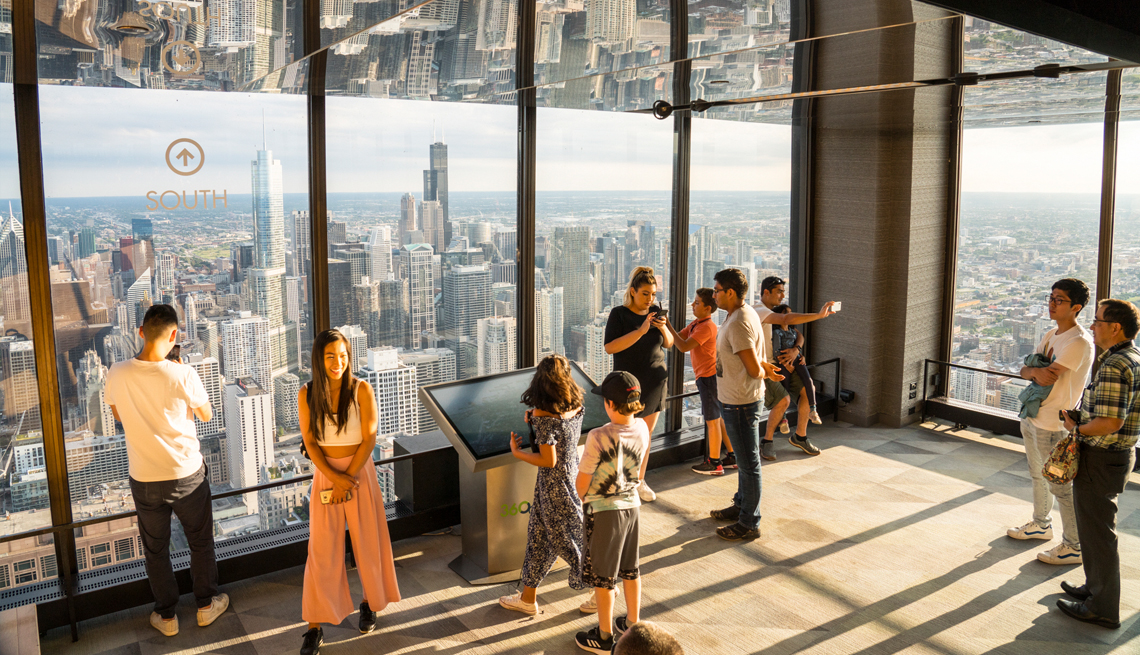 Drink in the view. You can enjoy skyline views at the 360 Chicago Observation Deck (360chicago.com, $30 for adults), which is on the 94th floor of what was formerly known as the John Hancock Building. Or have a drink at the tower’s Signature Lounge, on floor 96, where there’s no fee for the views.

Catch a show. Spend your evenings sampling the rich — and democratically priced — performing arts scene. The home of improv comedy, Chicago offers an array of sketch and improvisational-comedy companies, including the legendary Second City (whose alumni include former Saturday Night Live stars John Belushi and Tina Fey). The Second City (secondcity.com, 1616 N. Wells St.) presents live shows seven days a week (starting at $18). But there are dozens of theaters to choose from, scattered throughout the city, often lodged in storefronts and offering tickets at $20 or less. 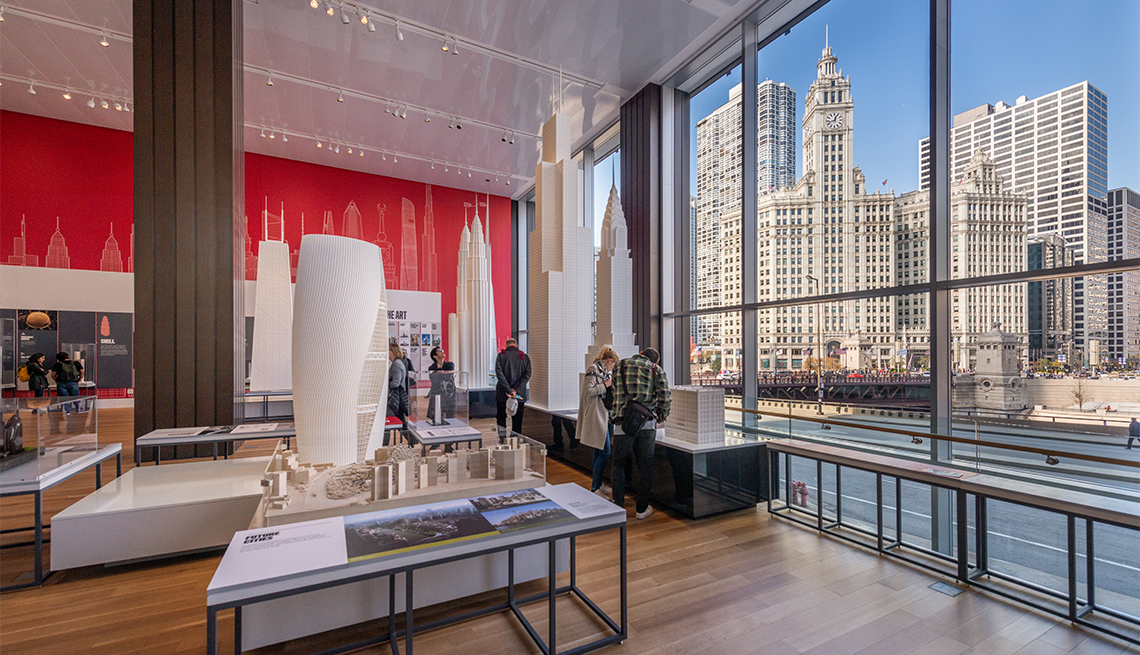 ​A Guide to the Chicago Architecture Center and Other Highlights​​ 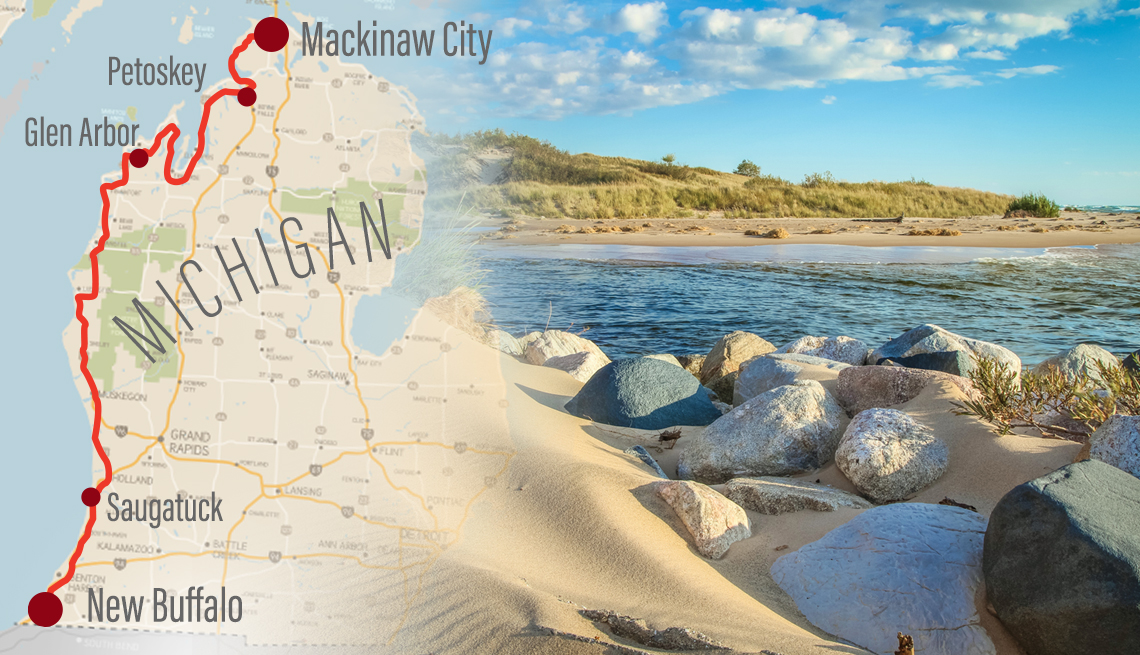 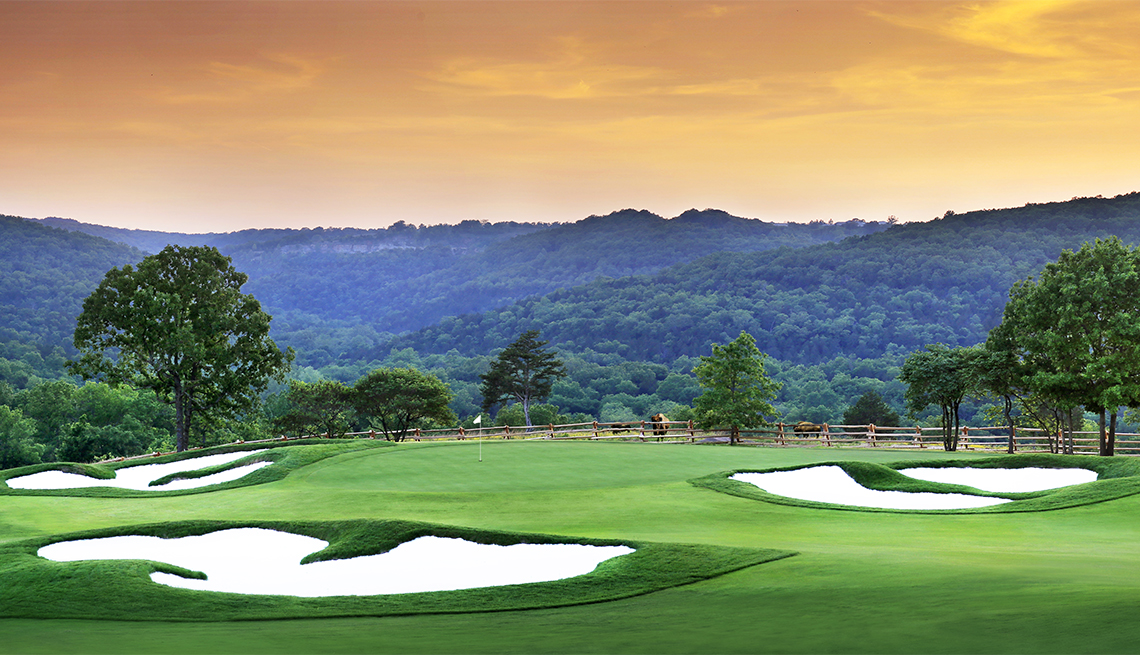