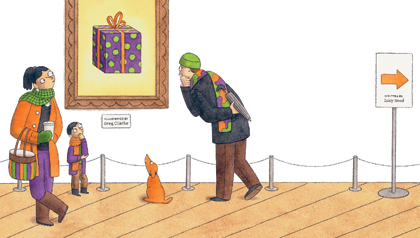 En español | Like works of art, gifts can reflect unique expressions of our love. This season, we at AARP VIVA share with you the creative ways we’ve turned our time and talents into meaningful gifts for our friends and family. We hope our stories inspire you to draw from your own creativity.

See also: Get a head start on the holiday shopping.

“Discard stuff. You can open space in your mind and your soul.”
—Gabriela Zabalúa-Goddard, vice president and editor 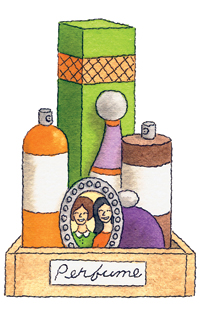 Show her a mess, and Gaby will find a way to straighten it out. Often, as a gift, she shares her innate talent with friends and family — like her sister Silvina. Recently divorced, Silvina found herself with a walk-in closet stuffed with his-and-her items. "She was having a hard time making it feel like it was her own space," says Gaby. "So I went in there and turned it upside down."

Dozens of perfume bottles were neatly arranged on a tray. Clothes were organized by color. Silvina's worn (but still prized) shoes were sent to be repaired. "His" items were packed up and returned to the ex. "This was a way to help her liberate herself," says Gaby.

"I will always remember seeing the joy on my parents' faces."
—Julia Bencomo Lobaco, executive editor

Julia loves surprises. So the surprise party her best friend threw for Julia's 45th birthday is one of her favorite gifts. She still remembers seeing her mom, dad and older sister among the party-goers. They'd traveled from Arizona to Florida, where Julia had been living. "Besides family, the best gifts that night were my Miami friends," she says. "They were from around the world, of different faiths, gay and straight. Diversity, to me, is a gift too."

Later, Julia would surprise Mom and Dad, who both died in 2009. After saying that she could not attend an upcoming anniversary or birthday, she'd appear from behind a door or drive up just as the celebration was starting.

"Being present: That was the gift that we gave each other."
—Jodi Lipson, managing editor 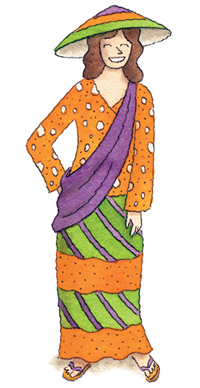 Time was the recurring gift exchanged between Jodi and her big sister, Sheri. It started in college, with a fancy, fattening dinner at an Italian restaurant — an extravagance they wouldn't otherwise spring for. It ended, bittersweetly, sharing the last few weeks of Sheri's life before she died in August after a 20-year battle with melanoma. Their favorite time together: a batik workshop to celebrate Sheri's birthday when the two were traveling together in Bali.

“I like to share the gift of my experience as Max’s mommy.”
—Gina Toole Saunders, art director 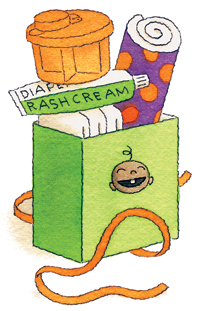 Whether she's on the giving or receiving end, Gina prefers practical gifts. "I don't like a lot of extra stuff," she says. "And I'm not good at acting surprised when I get something I don't want."

So it makes sense that after the birth of her son, Max, five years ago, she created a practical gift for the parents of newborns: a care package to help with the day-to-day challenges. It includes various medicines; a portable formula dispenser; and a traveling diaper-change kit, which comes with a pad, plenty of space for several diapers and a case for baby wipes. "I give parents what they will need before they know they need it," she says.

"When I craft a gift, I think of what the person would appreciate."
—Marisa Zanganeh, photo director 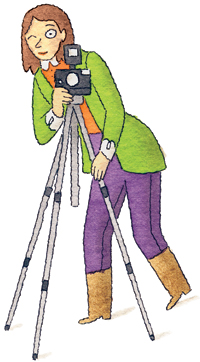 Marisa uses her keen artist's eye when choosing gifts for friends and family. She mulls over their tastes, sensibilities and colors before she begins making a handcrafted present.

For instance, she visited a former high school classmate in Atlanta, where she conducted a private photo shoot for her friend's newborn baby girl. Marisa then matted and framed the photo to suit the home decor. The gift now hangs in the family room. For Father's Day this June, Marisa created a card for her dad, writing a thoughtful, loving message using calligraphy and drawing a quiet summer scene. "Spending time on a gift is what's important," she says.