After enlisting at 17, Thomas Begay dedicated his whole life to public service 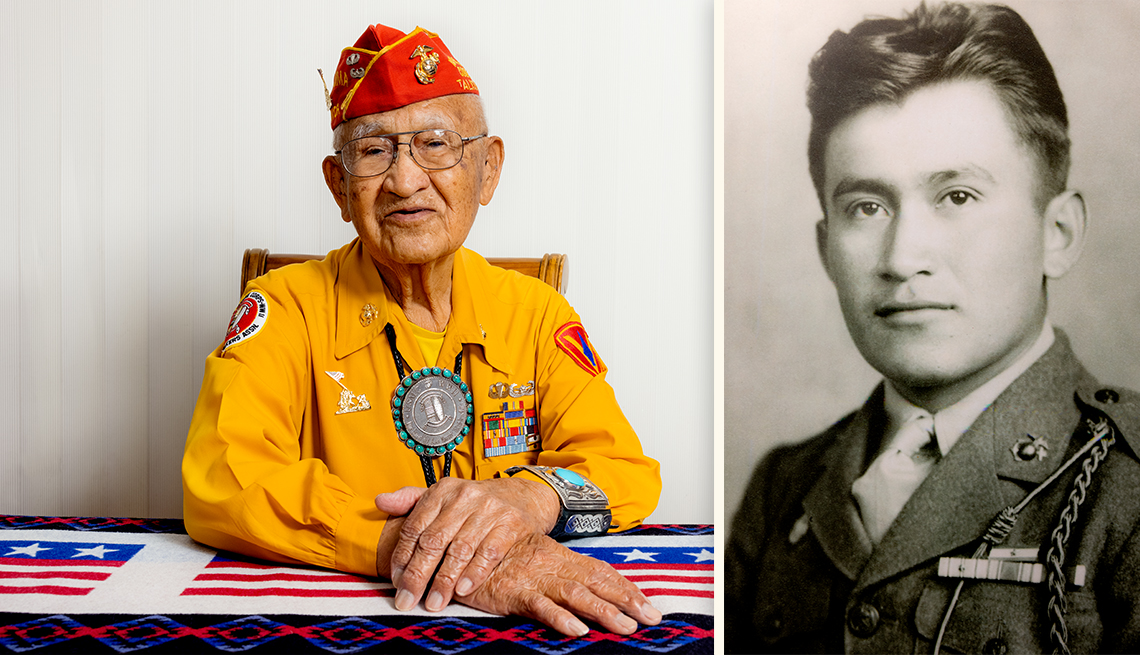 Navajo Code Talker Thomas Begay at his home in his uniform in Albuquerque, New Mexico, and a photo of Begay when he was in the service.
Cassisy Araiza
By:
Alex Kershaw
En español
November 30, 2021

Thomas Begay was playing football in a gravel pit near his school in New Mexico when someone announced the Pearl Harbor attack by saying, “The Japanese are coming over, and they are going to kill all of us.”

I said: ‘Oh gosh! I don’t want to die.’” Begay, of Window Rock, Arizona, now in his late 90s, is one of only four men still alive among the 400-plus Navajo code talkers from World War II. As soon as he could, he went to a recruiting office in Gallup, New Mexico, eager to serve his country.

“There was a gentleman, and I told him that I wanted to join the Marines. ‘Sure!’ he said, ‘but you’re 17. You have to have your parents’ permission.’ So I took my mother over to the recruiting office.” His mother couldn’t write, so “she went and put her thumb on a paper so I could join.”

Begay was sent to Camp Pendleton in California and was soon routed to code talkers school at Camp Elliott. “I didn’t know anything about code talking,” he recalls. Navajo Marines famously served in combat to deliver messages between units to another Marine who spoke the Navajo language. It was a code impossible for the Japanese to break. He joined a radio section of the 27th Marines of the 5th Marine Division, which saw its first action in the battle for Iwo Jima.

Begay was on that island for more than five hellish weeks. He remembers seeing on Feb. 23, 1945, the “raising of the Stars and Stripes on Mount Suribachi on Iwo Jima…. Boy, I was so proud. We yelled out when they raised the flag.” But worse days were ahead. More than 500 men in Begay’s regiment were killed on Iwo Jima. 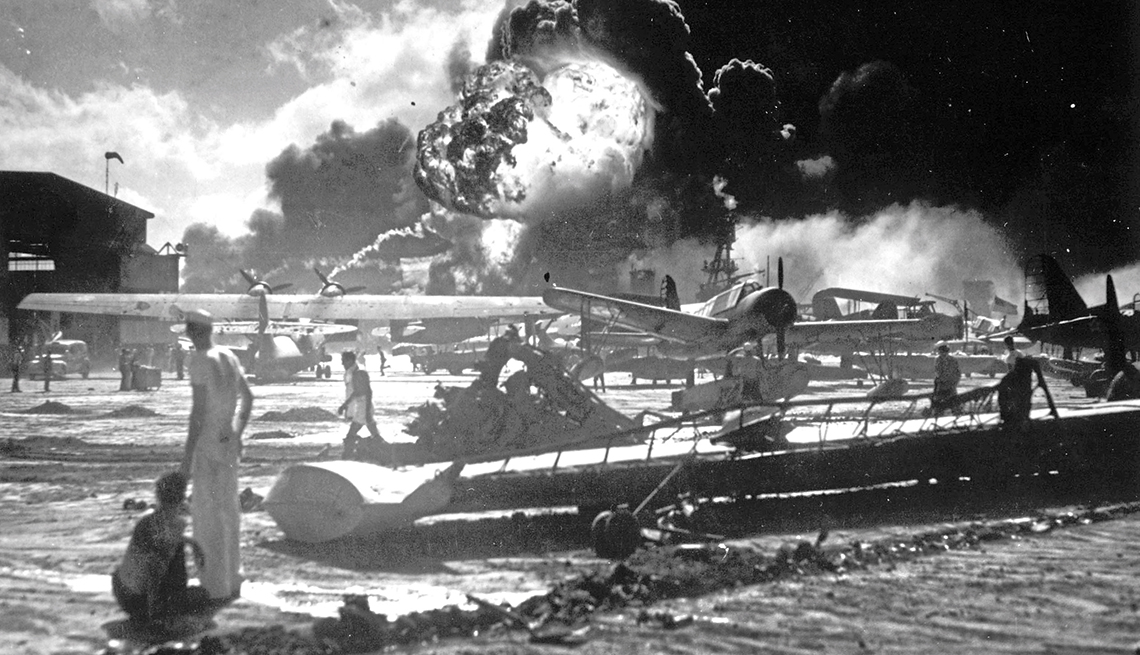 He switched branches of service and joined the U.S. Army after the war. He saw months of combat in Korea. After that, he worked as a policeman before joining the Bureau of Indian Affairs, where he served for 40 years. It wasn’t until around 1970, after his work in World War II was declassified, that he told his family he had been a code talker.

All of Begay’s children have served in the military. He’s proud of them, and of his combat service. Begay, who is now blind but can still travel to visit his children, recalls that late in the war he passed through Pearl Harbor. While there, an officer showed him some of the 800 messages that he and his fellow Navajo code talkers had transmitted on Iwo Jima. Were there any errors? No, says Begay. Not one.

Alex Kershaw is a best-selling author of several books about World War II, including The Liberator, which became a Netflix miniseries in 2020.