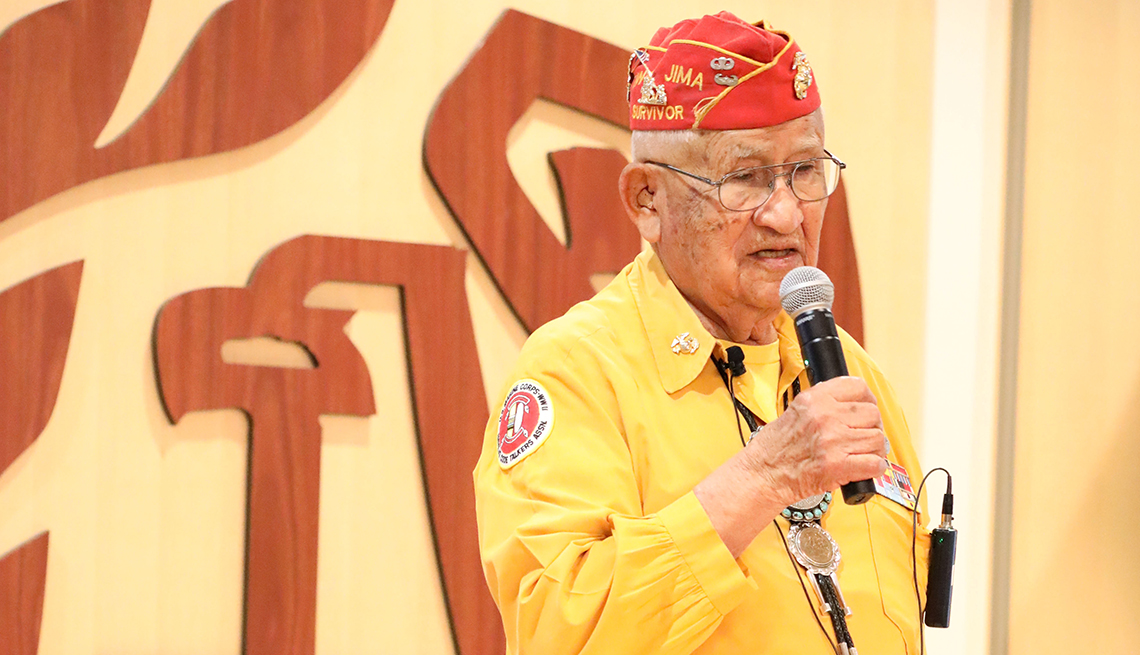 Photo Courtesy of the IRS

Since enlisting in the military at age 16 during World War II, Thomas H. Begay dedicated his life to service and sacrifice for the United States.

As one of the final five living Navajo Code Talkers, the 93-year-old received acclaim from the IRS, which honored him last month with further recognition from the Treasury Department and the Society of American Indian Government Employees.

The Navajo Code Talkers developed a coded Navajo language for radio communication in the Marine Corps. During the Battle of Iwo Jima, Begay, who now lives in Window Rock, Arizona, transmitted hundreds of secret messages over the radio network.

More than 400 Navajo men served as Code Talkers by the end of World War II. Today five are alive.

Japanese cryptographers never were able to break the code. Some 75 years later, the code talkers’ contributions still are revered for carrying the U.S. through WWII. Begay's stories from the line of duty offer unique perspective to civilians and service members on this year's Veterans Day.

"Veterans of all wars, I want to say, welcome home. Vietnam, Korea, Afghanistan ... and today we still have many of our people serving to protect our country, to protect our freedom,” Begay says.

All of Begay's children — three sons and a daughter — entered the service. His youngest was killed as a result of being deployed to Afghanistan.

"We all need help with the veteran services,” he says. “It's very hard to find the right person to help you, to rehabilitate you, from serious wounds that you have received during the combat."

Begay says he grew up knowing little English and didn't begin to fully learn the language until he enrolled in school at age 13.

He knew that he wanted to be in the military and was sent to Camp Pendleton, north of San Diego in Southern California, but he had not been aware of the secret program for Navajo speakers.

He served on six combat missions before being honorably discharged in 1953. He then served 40 years of federal service in the Department of Interior Bureau of Indian Affairs.

"Many young men serving this area during the war, it is so hard,” Begay says. “Sometimes it makes you think back. A lot of things happen to our veterans."

His son R.C. Begay says the key to his father's success began by being raised in the Navajo Nation.

"He stuck to the basics of natural foods, hard work, being up early, just a basic way of life for a Navajo,” R.C. Begay says. “And I think that really helped him in the long run to navigate through life and who he is.”