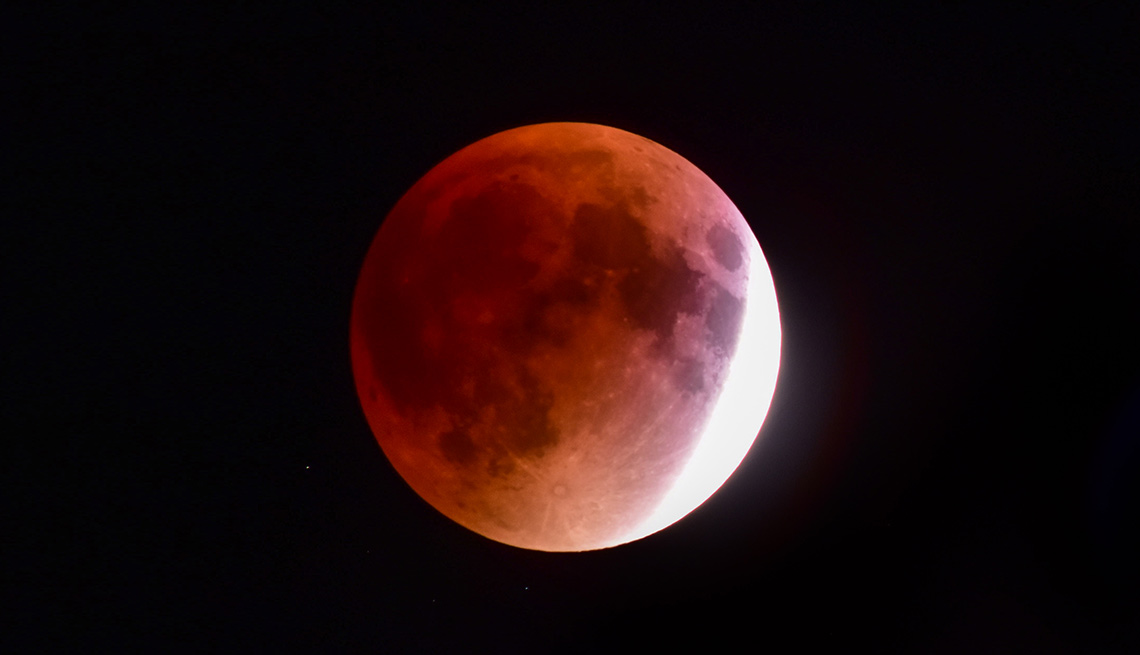 The full eclipse will be visible in the western U.S., with a partial eclipse visible on the east coast.

An ultrarare astronomical happening is worth getting up early for Wednesday morning — a combination of three lunar events converging at the same time that hasn't happened since Grover Cleveland was president.

While not as spectacular as a total solar eclipse, like the one much of the U.S. saw last August, the total lunar eclipse will be quite a show. First, it's a blue moon — which means it is the second full moon in one calendar month. A full moon illuminated the sky on the night of New Year’s Day, so Wednesday's moon is the second in January.

It's also a perigee full moon, commonly known as a supermoon, which occurs as a full moon is at its closest distance from Earth during its orbit. During a supermoon, the moon can be visibly different. It's 14 percent bigger than a normal full moon, and up to 30 percent brighter.

Add in the lunar eclipse — or blood moon — where the sun, moon and Earth will align to cast the moon in an orange-red glow — and you get the event worth setting alarms for. The lunar eclipse will be the first since Aug. 7 of last year.

The full eclipse will be visible in the western U.S., with a partial eclipse visible on the East Coast. A full eclipse — when the sun, moon and Earth are in complete alignment — leads to the moon being enveloped completely in shadow. But you'll still be able to see it, because some of the sun's light reflects off Earth and back to the moon, leading to the blood moon phenomenon. You won't see the blood moon effect during a partial eclipse, but you will still be able to see the moon partially covered in shadow. And you won't need special equipment or glasses — you can look up and enjoy the eclipse with the naked eye.

The total eclipse won't be visible on the East Coast, but a partial eclipse can be viewed starting at 6:48 a.m. ET. The total eclipse will be visible for those farther west beginning at 6:52 a.m. CT, at 5:52 a.m. MT and at 4:52 a.m. PT. If you’re not in a geographic zone with visibility of the full eclipse, NASA is beginning streaming coverage of the event on its website at 5:30 a.m. ET.