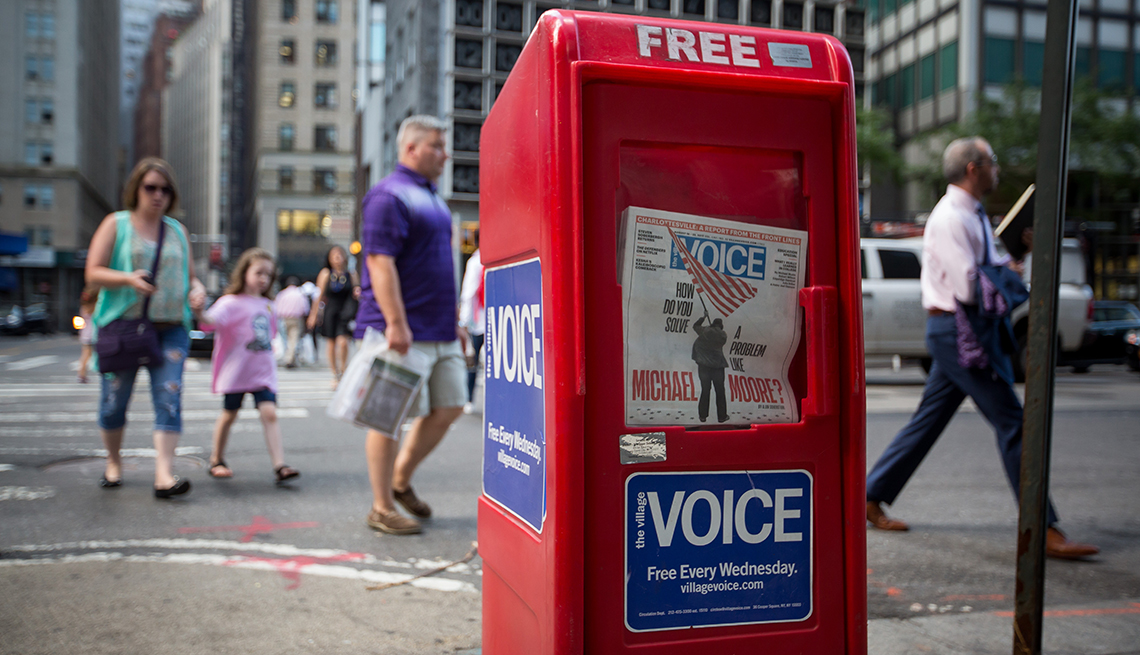 The exact date of the last edition of the Village Voice has yet to be announced.

For many boomers, the Village Voice was a cultural landmark, even if they hadn’t looked at the alternative newsweekly in decades. It was where many read political coverage, decided which rock albums to buy based on reviews and pored over Jules Feiffer cartoons.

But like so many relics of youth, the print era is fading. And this week the left-leaning Village Voice, founded in Greenwich Village in 1955 by Norman Mailer and two others, announced that it was ceasing its print publication. The exact date of the last edition was not announced.

Owner Peter Barbey, who bought the Voice in 2015, said that ending the print edition would help revitalize the publication by allowing it to concentrate on its online version, podcasts, videos and other forms of print publishing, the Washington Post reports.

Since 1996 the newspaper has been free in New York City, with revenue coming mainly from advertising, which has diminished as online alternatives have grown.

The Voice was once known for publishing such writers as Ezra Pound, James Baldwin and Allen Ginsberg. And it launched the careers of investigative reporter Jack Newfield, music critic Ellen Willis and New Yorker theater critic Hilton Als. But many of the writers most associated with the Voice, such as Michael Musto, Nat Hentoff and Wayne Barrett, have died or been pushed out of the newspaper, the New York Times notes, clearing the way for a younger generation.