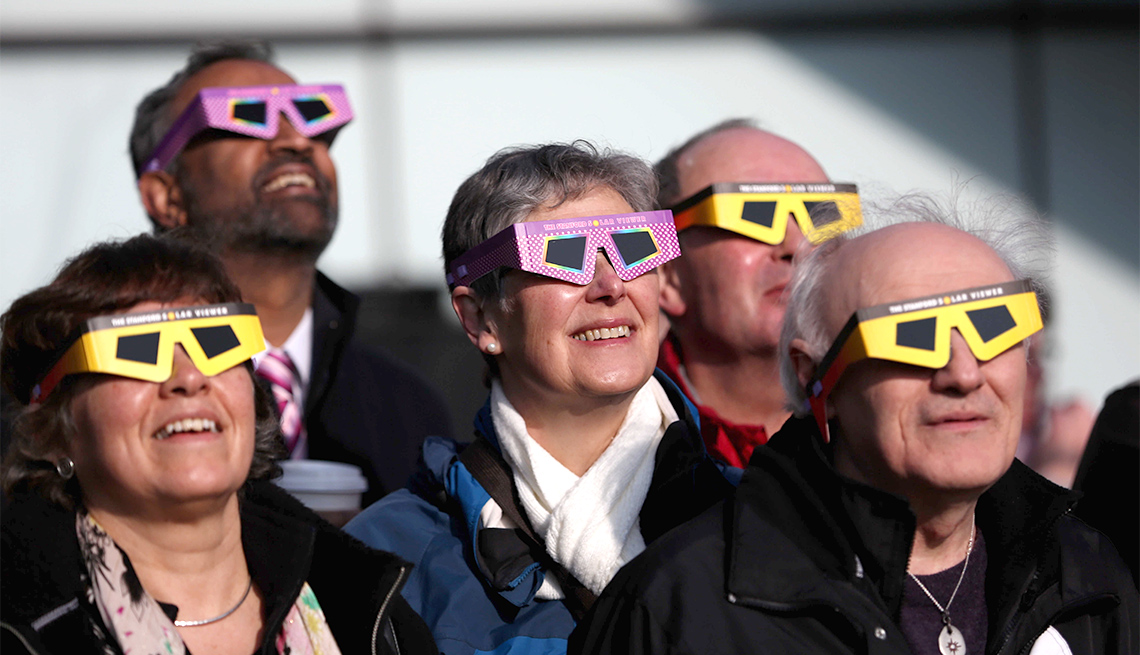 Will people watching the solar eclipse go blind, get food poisoning or have something bad happen to them? We set the record straight.

There is much excitement — and misconception — ahead of the Aug. 21 solar eclipse. As the day quickly approaches, more and more people are talking about the historic event. Some have far-fetched ideas about the eclipse. With the help of NASA’s website, we’re setting the record straight about five myths.

If you look at the solar eclipse you could go blind.

Well, blind isn’t exactly the right word. NASA says looking at the eclipse without protective lenses could lead to some eye pain and retinal damage. “Scientists have studied this radiation for centuries. Being a million times fainter than the light from the sun itself, there is nothing in the coronal light that could cross 150 million kilometers of space, penetrate our dense atmosphere and cause blindness,” says NASA.

Eclipses are harbingers of something very bad about to happen.

Wrong! Total solar eclipses are not typically written in the historical record, but they do tend to be reported when they coincide with other historical events. For example, NASA says, when King Henry I of England died in the early 1100s, it was noted his death was on the same day as an eclipse. People assumed his death was because of the eclipse, but it was pure coincidence.

If you are pregnant you should not watch an eclipse because it can harm your baby.

Nope! This is related to the previous false idea that harmful radiations are emitted during a total solar eclipse. NASA says “the only consequence is that every few minutes a few atoms in your body are transmuted into a different isotope by absorbing a neutrino. This is an entirely harmless effect and would not harm you, or if you are pregnant, the developing fetus.”

We’ll have to wait and see if any new myths come about after the latest eclipse on Aug. 21!