The inauguration festivities launching President Obama’s second term mark the 57th time the nation has held such a party, albeit of varying size and scope. Here, some notable moments from Inauguration Days past. 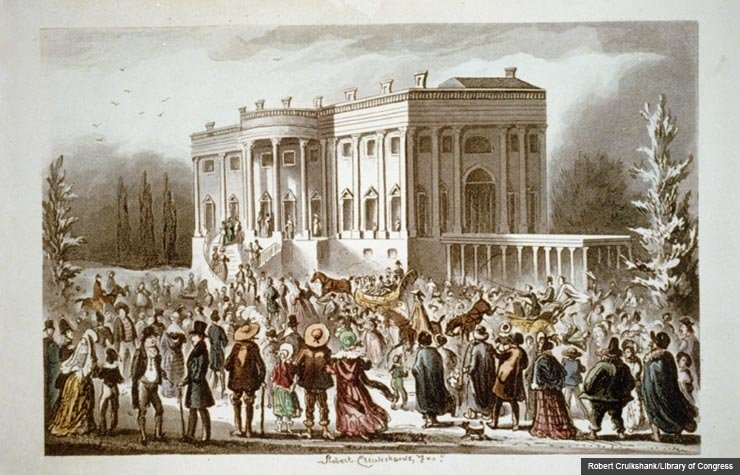 Rowdiness ensued at the White House during Andrew Jackson's inaugural reception in 1829.

In 1829, Andrew Jackson, America's seventh president, opened the White House's doors to the inaugural mobs and escaped the crush of the crowd only when aides formed a wedge and escorted him out through a back window. The mansion's furnishings were ruined, and the staff could not get the 20,000 partiers to vacate the premises. They then hit on an ingenious idea: Tubs of whiskey were moved progressively outward until the crowd was beyond the White House gates. Meanwhile, Old Hickory was sleeping soundly at the National Hotel ten blocks away.

Worst performance in a supporting role

For his 1865 swearing in as Lincoln's vice president, Andrew Johnson arrived in the Senate chamber roaring drunk. His behavior (he was rude to his colleagues and made a confused, rambling speech) brought scorn from Lincoln and ridicule from the public. "Do not let Johnson speak outside," Lincoln ordered.

Best ruse for a room

Hotels and boardinghouses throughout Washington D.C. were booked solid for Abraham Lincoln's first inauguration in 1861; even mattresses scattered in hallways and lobbies commanded top rates. As a result, many visitors to the nation's capital feigned illness and tried to check into local hospitals.

William Howard Taft — the 27th President of the United States and later the nation's tenth Supreme Court Chief Justice — took his presidential oath of office on March 4, 1909. But 20 years later, as chief justice, he jumbled the words of the oath as he administered it to Herbert Hoover. Instead of reciting the phrase "preserve, protect and defend," it emerged from Taft's mouth as "preserve, maintain and defend." 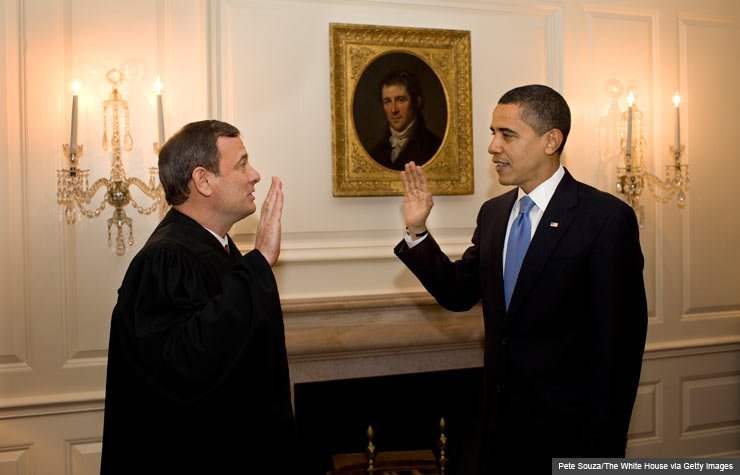 Chief Justice John G. Roberts Jr. re-administers the oath of office to President Barack Obama in the Map Room of the White House on January 21, 2009.

Eighty years after Taft's jumbled recitation of the oath, Chief Justice John G. Roberts Jr., with President-elect Barack Obama standing in front of him, got things a bit mixed up, too, misplacing the word "faithfully" and changing an "of" to a "to." The following day, to erase any question that Obama was officially the president, Roberts administered a do-over in the White House Map Room. 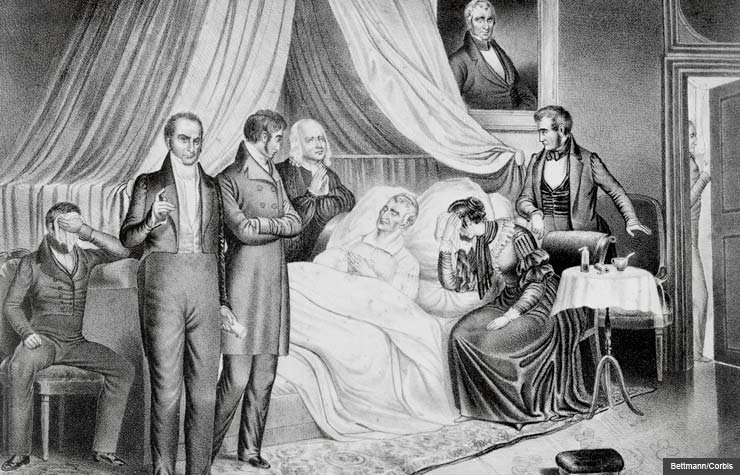 William Henry Harrison's 1841 inaugural address lasted for one hour 45 minutes, a record for long-windedness that has never been broken. In it, he promised not to seek a second term. He died of pneumonia a month later.

Hail to the chief?

New York Democrats were unquestionably upset over the questionable defeat of their governor, Samuel J. Tilden, in the 1876 presidential election. Rutherford B. Hayes' inaugural speech the following March was punctuated by rude outbursts from the audience, the first (and, presumably, last) time Bronx cheers were heard at a swearing-in ceremony.

I love a parade but not at that price

After being told that there would be no "freebie" tickets to President Jimmy Carter's 1977 inaugural parade, Chief Justice Warren E. Burger was reported to have said: "If I have to pay $25, then I'll charge Carter $50 to swear him in."

If he said march, we'll march

George H.W. Bush (Yale, '48) requested that a band from his alma mater be included in his inaugural parade in 1989. Complication: The Yale Precision Marching Band doesn't have uniforms and doesn't even really march (it's a scatter-style ensemble that performs halftime shows made up of comedy segments). Added complication: The Yale University Concert Band, sent in its place, had never marched anywhere before. "It was a real comedy of errors," the band's director later told reporters. "Our flags kept getting tangled in trees."

Best acts in an inaugural parade

Tickets for the first official inaugural ball were sold at the bar of Long's Hotel, the site of the 1809 extravaganza (and the present site of the Library of Congress). John Quincy Adams apparently did not care much for the festivities honoring the new president, James Madison. "The crowd was excessive, the heat oppressive and the entertainment bad," Adams said. Madison himself was heard to murmur, "I would much rather be in bed."

Bandleader Meyer Davis wrote a special composition for one of Richard Nixon's inaugural balls in 1969. An excerpt from the lyrics: "Julie, pass the crumpets/Tricia, serve the tea/David, entertain our friends/With news of Ike and Mamie." 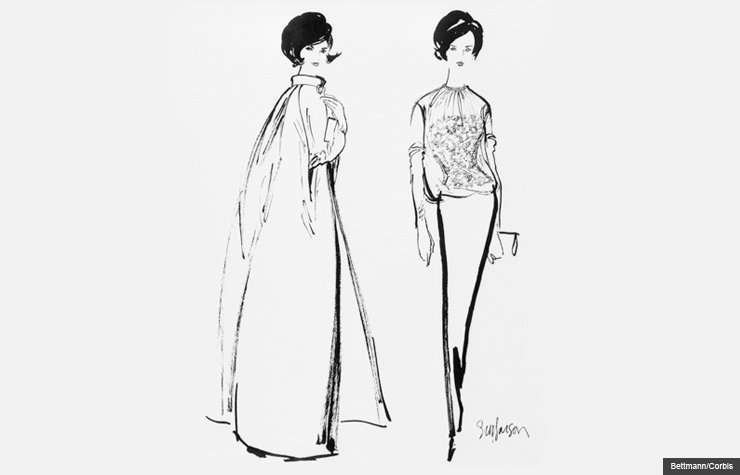 Among the more opulent celebrations revolving around the inauguration of President Bill Clinton in 1997, the Grand Hyatt hotel offered a $53,000 package that included a private jet, presidential suite and a replica of the inaugural gown worn by Jacqueline Kennedy in 1961.

For President Clinton's 1997 inauguration, Washington's Ritz-Carlton hotel offered a four-night package in its presidential suite, complete with 24-hour butler service, a chauffeur-driven Rolls-Royce and a champagne-and-caviar dinner for 12 in the suite's private dining room. Price: $30,000. Not to be outdone, the Grand Hyatt offered up a $53,000 package that included four days in one of its presidential suites, transportation to and from Washington in a private jet, 12 hours of limousine service each day, a pair of tickets to all 14 inaugural balls, a reception for 30 (complete with string quartet) and — for the first taker — a replica of the inaugural gown worn by Jacqueline Kennedy. 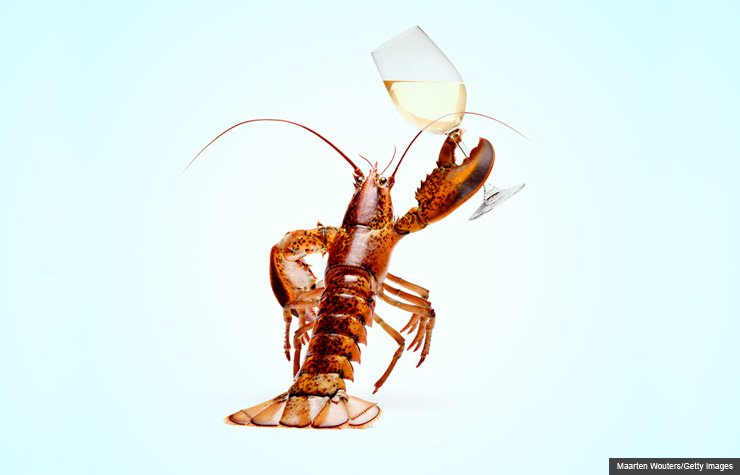 President Ulysses S. Grant celebrated his second inauguration in 1873 by indulging in fine foods, including 150 pounds of lobster.

Ulysses S. Grant's second inauguration, in 1873, hit some gastronomic high notes. Among the items ordered for a feast at the inaugural ball: 8,000 pickled oysters, 150 pounds of boiled lobster and 24 cases of Prince Albert crackers.

Inaugural balls were untainted by commercialism until 1889 and Benjamin Harrison. Guests at his inaugural ball were given a rose laced with perfume, provided by a clever entrepreneur who wanted ball goers to know that his scent could make even a rose smell better.

Of $25,000 appropriated by Congress, Franklin Roosevelt returned all but $526.02 to the Treasury for his fourth inauguration in 1945. The only expense was a White House luncheon with members of Congress, and the menu was nothing special: cold chicken salad, rolls (with no butter) and cake (with no frosting).

Exiting President Woodrow Wilson, at the conclusion of Warren G. Harding's swearing-in ceremony in 1921, shook hands with the new president and his running mate, Calvin Coolidge. Wilson then turned to his wife, Edith, and asked, "Are you ready to scoot?"