​Why AARP keeps fighting to get your medication expenses under control 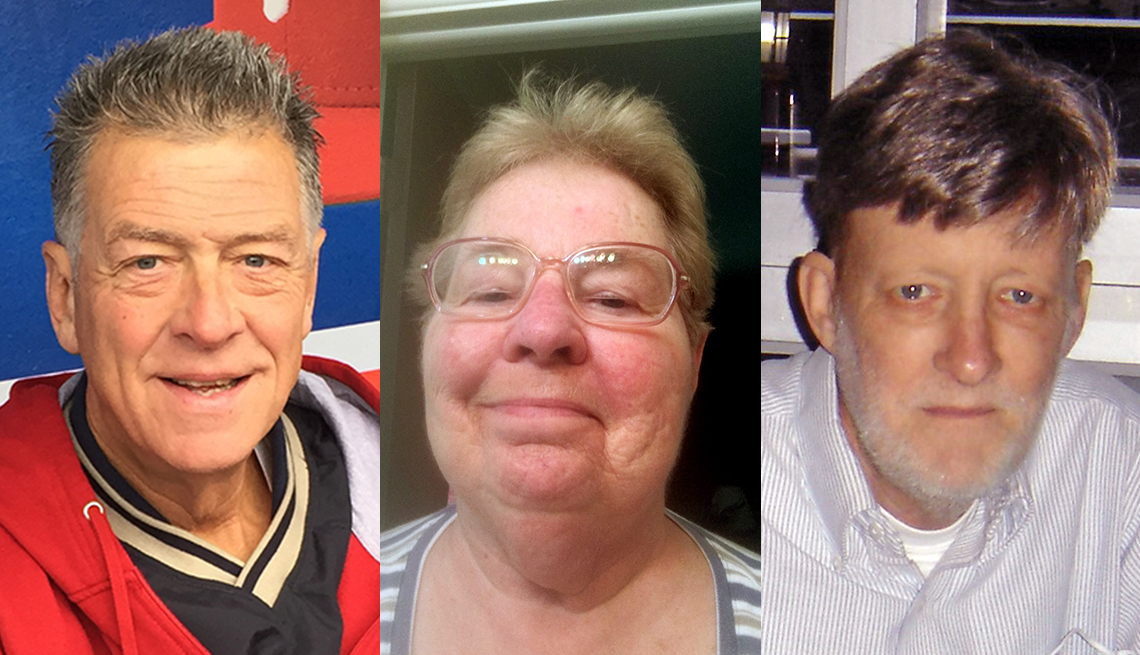 In just two years Vincent Burns has spent about $40,000 on life-saving drugs to keep his cancer at bay, draining his savings. Patricia Munn doesn't understand why she's paying so much for the two insulins she takes every day to stay alive. And William "Mike" McMichael has seen the cost of the blood thinner he needs eat up the small pension he gets after being an EMT and volunteer firefighter for more than three decades.

These three individuals are enrolled in Medicare. But they have﻿ all been faced with high prescription drug costs that they say increase without warning and that they struggle to afford.

AARP has been fighting to convince Congress to allow Medicare to negotiate the price of prescription drugs directly with manufacturers, cap annual out-of-pocket costs for medications and penalize drugmakers for increasing prices more than inflation.

﻿Polls reveal that the public supports these positions. A 2021 AARP survey﻿ of voters age 50 and older found that 87 percent are in favor of allowing Medicare to negotiate prescription drug prices. And a new Gallup poll found that about 18 million Americans were unable to afford at least one prescription drug.

As part of its Fair Drug Prices campaign, AARP has asked older adults to share their prescription drug receipts﻿ in an effort to show lawmakers the toll that persistently high prices ﻿are taking on them. Here are three stories that illustrate the difficulties individuals face affording their needed medications.

When ﻿Vincent Burns was first diagnosed with cancer five years ago, he began getting his chemotherapy treatment as a hospital outpatient. The infusions were covered by Medicare Part B, which helps pay for doctor visits and other outpatient services﻿, including ﻿the administration of certain medications.

But when doctors decided ﻿that the best course would be for the 68-year-old retired business office worker from Matawan, New Jersey﻿, to take his medicine at home ﻿— in the form of a pill rather than an infusion ﻿— ﻿the cost jumped to $1,000 a month.

"I was originally pleased that I didn't have to deal with three hours in a facility and just had to take a pill at home," Burns told AARP. But what he d﻿idn﻿'t understand ﻿was why, just by switching how and where he ﻿got his medicine, he ﻿went from paying nothing out of pocket to ﻿paying thousands of dollars each year.

The way the system works, when cancer patients, for example, get chemotherapy or other treatments infused in a hospital outpatient center or other clinic, the cost is picked up by Medicare Part B and any supplemental insurance they may have. But if they take a pill, t﻿hat's covered by a Part D prescription drug plan, which can have high copays or coinsurance charges.

Burns ﻿was paying $2,800 per month when he first made the switch. Now his costs have been reduced to $1,000 ﻿a month. But in two years he has blown through $40,000, and by year's end the money he had been saving to help pay health care expenses in retirement ﻿— and fund his wife's health insurance premiums until she qualifies for Medicare ﻿— will be gone.

Burns has ﻿considered asking his doctors if he can go back to getting the medicine as an outpatient again because of the cost.

"It's beyond stupid that I can go to a hospital and walk away paying nothing out of pocket, but it costs $1,000 for the same treatment at home," he says. He's hoping Congress follows through on﻿ a proposal lawmakers are considering to cap out-of-pocket drug costs.

﻿Patricia Munn ﻿has to take four shots of insulin each day to control her ﻿type 1 diabetes. And that's just one of eight medications she takes ﻿to treat her condition.

The 76-year-old retired secretary from Southampton, New Jersey﻿, is on a fixed income, and at the height of the pandemic﻿, the cost of her insulin spiked from $80 for a 90-day supply of two insulins to nearly $800. Her out-of-pocket costs have since dropped, but she still pays $210 every three months ﻿— more than double what she was paying before the price went up.

Munn has Medicare, a supplemental plan and Part D prescription drug coverage, but insurance covers ﻿only so much. The list price for just one of her insulins, she says, is $1,500.

"I don't know why insulin skyrocketed like that," Munn says.

All of this has affected Munn's ability to pay her bills. "I live in a 55﻿-and﻿-up community in a small ranch. It's all electric﻿, and my electric bill is out of sight," she says, ﻿also pointing to other utility bills. She's seen the cost of food and other essentials go up﻿ as well. ﻿The result is that she's carrying high credit card debt just to make ends meet.

"I really can't afford to do anything or go anywhere," Munn says. "And I can't decide not to take my two kinds of insulin. That would put my health in jeopardy. I have two kids and two grandkids, and I want to be around for a lot longer."

Drug of choice can be unaffordable

﻿Mike McMichael's cardiologist prescribed Eliquis for his heart condition. The retired emergency medical technician and volunteer firefighter for more than three decades was flabbergasted when the pharmacist told him the cost would be $380 for a 30-day supply.

"I declined to accept the prescription, even though I knew that my health could be in jeopardy," says McMichael, 68, from Delaware City, Delaware. He and his doctor decided he could take warfarin, a generic that’s a less expensive blood thinner﻿. ﻿But that mean﻿t he would need monthly blood tests, something not necessary with the more expensive drug.

In February 2021, McMichael decided to price Eliquis again to see if he could afford it. He found out he could get the drug for less, but each time he called the mail﻿-order pharmacy to reorder, the price was different. First he paid $125 for a three-month supply, which he could handle. ﻿Then, when he went to reorder﻿, ﻿he was told the price had gone up to $261 for three months ﻿of the same exact drug. After ﻿he complain﻿ed, he was given a one-month prescription for $45﻿. ﻿But then the following month﻿, that deal was changed, and he was charged $74 for a month's supply.

"If I didn't know better, I would think this is a scam," sa﻿ys McMichael, who is now considering asking his doctor to put him back on the less expensive drug, even with the need for a monthly lab test.

McMichael says Social Security comprises almost all his income. The cost of his medication, he says, eats up the $125 monthly pension he gets from the state's fire service.

Medicare price negotiation, out-of-pocket caps among options on the table