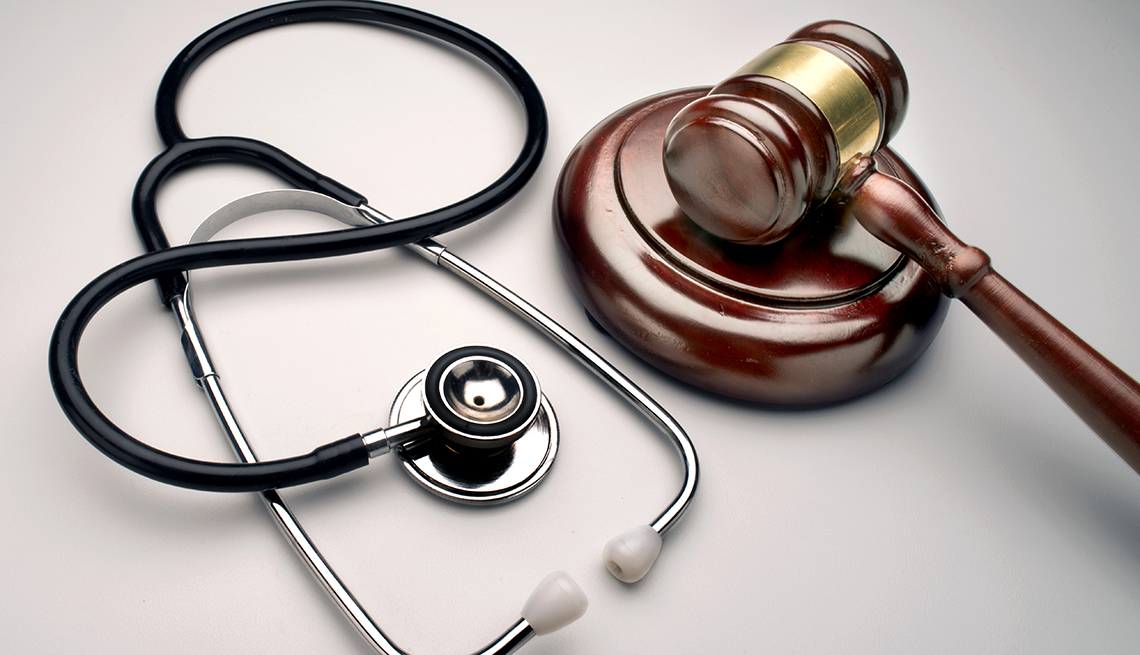 En español | Millions of Americans, including workers who are without their jobs and health insurance because of the COVID-19 pandemic, would lose their coverage if the U.S. Supreme Court does not uphold the constitutionality of the Affordable Care Act (ACA), AARP says in a brief it filed Wednesday with the high court.

"The COVID-19 pandemic highlights the ACA's critical role as a stabilizing force in the nation's health care system,” says the brief AARP and AARP Foundation filed jointly with two other nonprofit advocacy organizations — the Center for Medicare Advocacy and Justice in Aging. “If this court finds that the ACA is invalid, millions of older adults will lose life-saving health care coverage and consumer protections they have relied on for years,” the brief also says.

AARP is joining 17 states and many advocacy organizations in asking the U.S. Supreme Court to overturn a December 2019 ruling by the Court of Appeals for the Fifth Circuit that found the law unconstitutional. The case was originally brought by 19 states — led by Texas — and two individuals that contended that the removal by Congress of the tax penalty on people who did not buy health insurance also invalidated the entire ACA.

As of the end of April, more than 33 million people had lost their jobs since the coronavirus engulfed the nation and caused thousands of businesses to temporarily cease operations. Many have also lost their health insurance and have turned to the ACA to provide vital coverage.

The brief chronicles the experience of a 60-year-old New Jersey woman — identified as Ann G — who was laid off from her job because of the pandemic and was able to get health insurance through the ACA.

"If Obamacare hadn't been available to me I probably would have been dead when I lost my insurance with the grocery store,” Ann G is quoted as saying. “Cholesterol and blood pressure were very high and if I hadn't had Obamacare I wouldn't have been able to get that taken care of."

Overturning ACA could lead to chaos

The reach of the ACA, the brief says, extends beyond just an individual's ability to buy health insurance. Invalidating the law, AARP says, would “throw the Medicare and Medicaid programs into fiscal and administrative chaos” and would also disrupt the ability of older adults to get long-term care in nursing facilities and in their homes. As a result of the ACA, 36 states and the District of Columbia expanded their Medicaid programs and provided health care to 13 million individuals who otherwise could not afford insurance.

Americans would also lose the law's other vital protections, including a basic set of essential health benefits and a ban on insurers refusing to insure or charging higher premiums to people with preexisting conditions. And, insurers would again be allowed to charge older adults premiums that are more than triple what they charge younger policyholders, simply because of their age.

While AARP, AARP Foundation and the other organizations that filed the brief urged the high court to uphold the entire law, they also argue that even if the justices find that the individual mandate provision is unconstitutional, the rest of the ACA should remain intact.

"Congress did not intend this catastrophic result when it reduced the tax penalty in the Tax Cut and Jobs Act of 2017,” the brief said. “The ACA has withstood the test of time and continues to operate as Congress intended, even with a zeroed-out penalty."

More on the Affordable Care Act