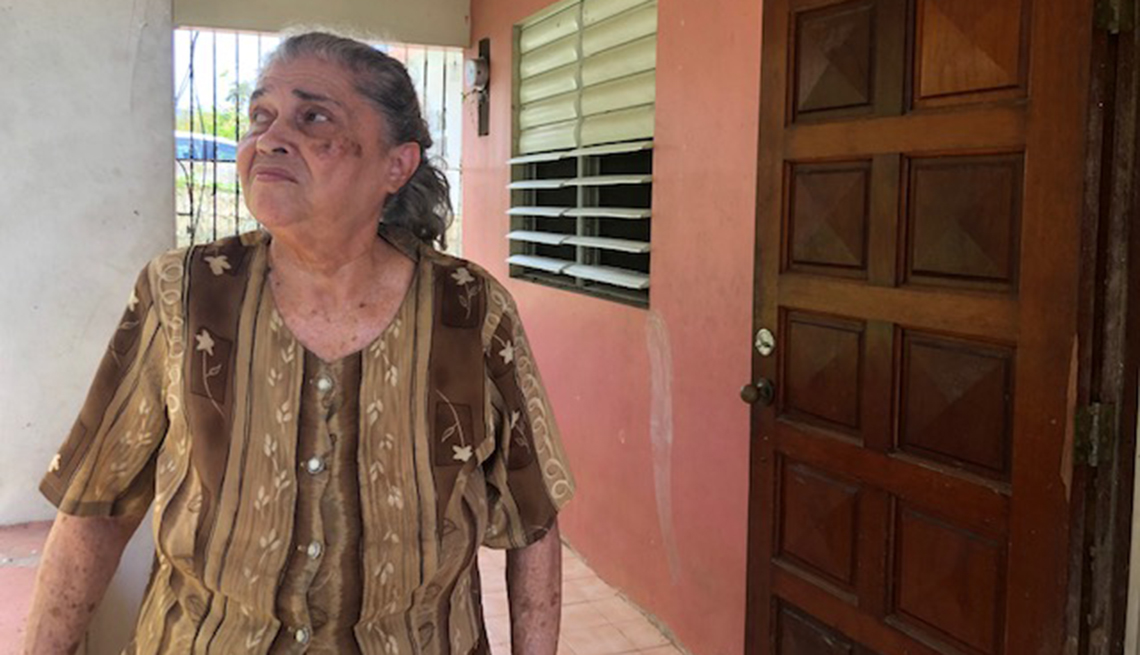 Update (December 19, 2019): The case has been settled to both parties’ satisfaction and Mrs. Castillo will remain in her home.

En español | A 78-year-old blind woman who survived 2017's Hurricane Maria is fighting back in court against a reverse mortgage company that is attempting to foreclose on her home in Puerto Rico.

In July 2011, Castillo took out a reverse mortgage loan of less than $40,000 from a Puerto Rican lender. The loan was later acquired by Finance of America Reverse. Reverse mortgages are a particular type of loan designed to enable homeowners age 62 and older to get cash for the equity they have in their home without having to move or make periodic payments on the loan. Instead, the balance of the reverse mortgage grows over time due to interest and must be paid off when the borrower dies, sells the home, or permanently moves.

In December 2018, Wilmington Savings Fund Society filed a foreclosure action as trustee for the FAR trust against Castillo, saying that she had not submitted a document attesting that the home was her primary residence, something they asked her to do annually even though there is no such requirement in the loan agreement Castillo signed, according to her lawsuit. Castillo tried to submit the occupancy form four times in 2018, attempts that were burdensome for her due to her disability, according to the lawsuit. The lender rejected each of those forms, for a variety of reasons.

"This is a clear example of a mortgage foreclosure that should never have been filed,” says Rafael A. Rodríguez-Roselló, managing attorney of the Mortgage Foreclosure Prevention Unit of PRLS. “Mrs. Castillo did everything her loan services required, and it did not matter."

"Federally insured reverse mortgages are designed to assist older homeowners to remain in their homes, not to leave them homeless while they struggle to recover from a natural disaster,” says Barbara Jones, a senior attorney with AARP Foundation. “This is nothing short of a home grab."

Responding to Castillo’s countersuit, Finance of America Reverse — which launched the investment trust she is suing — offered the following statement through a spokesperson:

"We deeply apologize to Mrs. Castillo. This unfortunate situation was the result of a mistake by a third-party vendor. We are working immediately to rectify the situation and to ensure that Mrs. Castillo remains in her home."

This article has been updated with a statement from Finance of America Reverse.