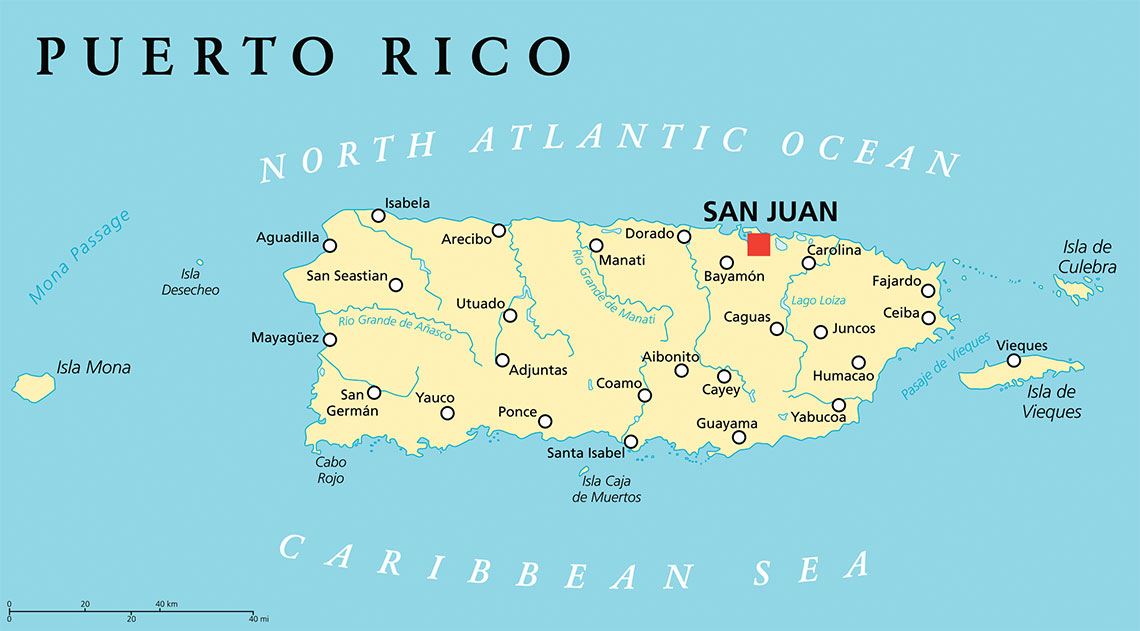 The U.S. territory of Puerto Rico is coastal and mountainous and similar in size to the state of Connecticut.

On September 19, 2017, people on the U.S. mainland asked if we were prepared for the Category 5 hurricane that would make direct landfall on Puerto Rico the next day.

We believed we were ready, although I was unnerved, having watched a TV meteorologist explaining, with tears in her eyes, how "at 150 mph the air we breathe becomes solid."

For 12 eternal hours, we remained in our homes, occasionally peeking through windows as the furious storm ran its course. When the hurricane ended, those whose homes were intact and not in the path of raging floodwaters seemed relatively lucky. Reality set in when we stepped outside.

With the electricity down, we had no radio or television, no refrigeration or air-conditioning, no water, no telephone service, no Internet. Propane for cooking was scarce. Because the roads were blocked by debris, the world for many on the island was reduced to only the people and places within a small radius of where they lived.

When life as you know it literally changes overnight, what do you have? Some people have their family right beside them. Others have only their neighbors. That’s when the word "community" takes on a different and perhaps its truest meaning.

"In crisis circumstances, neighbors become family and a neighborhood becomes a family. We now relied on the people we saw and waved to every day but might have barely spoken with before." 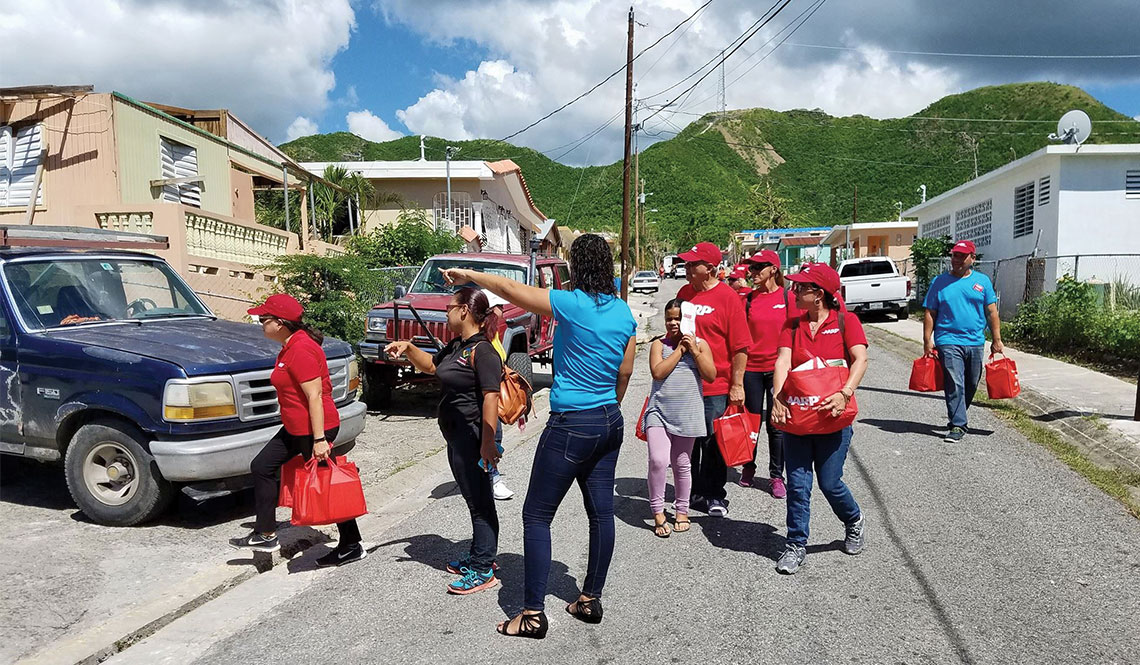 Once AARP Puerto Rico staff and volunteers were able to get out of their homes and back to work, they distributed more than 7,000 bags of groceries to older people living alone in 26 towns, including in the barrio Rio Jueyes of Coamo.

One of the biggest lessons learned from Hurricane Maria was that the more widespread and disconnected communities are — such as in rural areas or sprawling, unwalkable suburbs — the more susceptible people are to the hazards that come with disasters. When modern infrastructure and services collapse, the luxury of space and privacy transforms into isolation and vulnerability.

Neighborhoods that are more compact and walkable better enable residents to have integrated, participative lives regardless of age.

Such communities can also be lifesavers during and after a natural disaster.

So many people living in the mountains of Puerto Rico, in areas fully isolated by the storm’s shutdown of roadways and transportation systems, died because they couldn’t access medical care. It’s disheartening that previously healthy people have had their health compromised because they lacked basic services and access to safe food and water.

Having survived this life-changing event, I understand firsthand the necessity of building more resilient and integrated communities.

Doing so promotes solidarity and security for all residents in times of an unstoppable disaster — and, perhaps more importantly, during every day of our lives.

This article, and those accompanying it, are excerpted from the "Create Thriving, Productive Communities" chapter of the AARP book Where We Live: Communities for All Ages — 100+ Inspiring Ideas From America’s Local Leaders. Download or order your free copy.