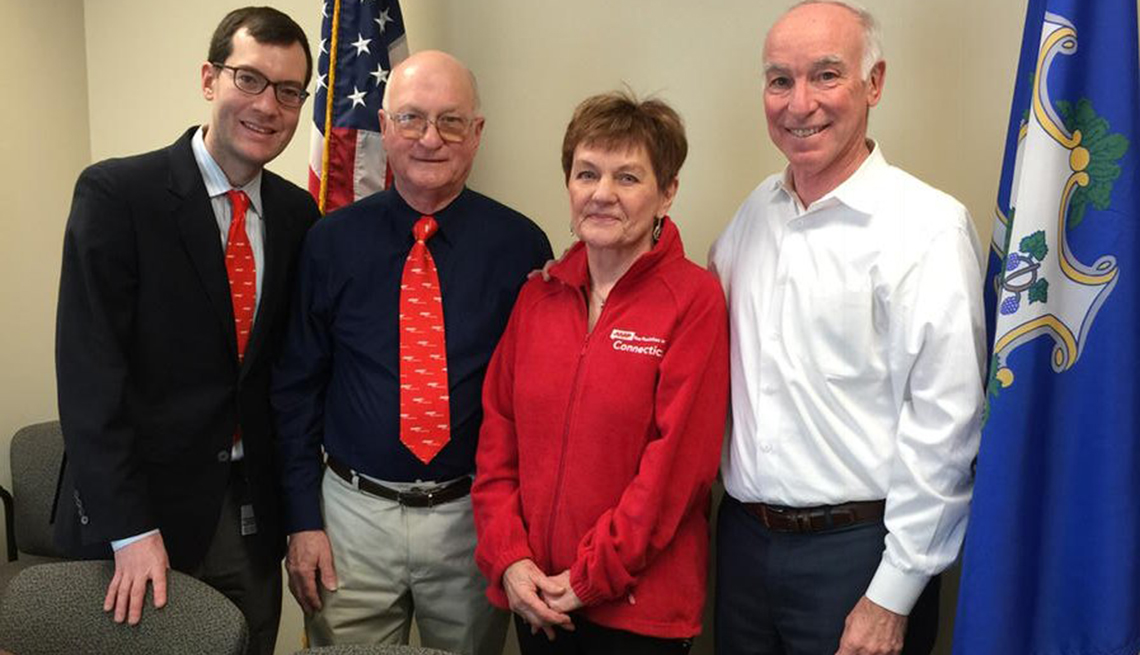 If you’ve been following the news lately, you probably know that members of Congress were on recess last week, back in their home districts to meet with their constituents. And by most accounts, it was one of the busiest recess weeks in recent history.

You may have seen television footage of crowds packed into town hall meetings, many voicing their frustrations with what’s going on in Washington. But away from the cameras, AARP staff and volunteers were meeting one-on-one with their senators and representatives and staff to urge them to oppose any attempt to turn Medicare into a voucher program.

Whether it’s AARP volunteer Sherri Moore meeting with her Republican congressman, Scott Perry, in Gettysburg, Pa., Claudio Gualtieri connecting with Democratic Rep. Rosa DeLauro in Hartford, Conn., or Bill Hawkins talking to the staff of Republican Sen. Richard Shelby in Birmingham, Ala., they delivered a clear message: AARP will fight any attempt to make changes to Medicare that will shift costs and risks to seniors and workers who are paying in today.

These meetings are part of our nationwide Protect Medicare campaign to squash attempts by leaders in Congress to turn Medicare into a voucher system.

Watch this video to hear AARP members tell Congress just how harmful this proposal would be to them and their families.

We are also letting Congress know that we are strongly opposed to the “age tax,” another bad idea that’s being tossed around Capitol Hill. The age tax refers to proposed legislation that would allow insurers to make older Americans to pay significantly more for health insurance than they do right now. Under current law, insurers are not allowed to charge older people more than three times the amount charged to younger people. The new law would increase that to five times the amount, making health insurance coverage simply unavailable or unaffordable for millions of 50- to 64-year-olds not yet eligible for Medicare.  This has the potential to cost older Americans thousands of dollars a year.

AARP will continue to work hard to oppose this legislation, with the help of our dedicated volunteers in states and communities across our nation.

This month, I participated in a tele-town hall — a real-time phone conversation with thousands of AARP members and volunteers around the country. The level of energy and passion that I heard encouraged me. The efforts of state offices are clearly paying off: Since we began our campaign to protect Medicare just about a month ago, we’ve delivered almost 270,000 signatures to Congress (in the form of letters and petitions) and about 220,000 to President Trump.

If you think that’s impressive, consider this: Our reach on social media is far greater. In fact, we recently used a new social media tool called Thunderclap to help our online followers engage with us on the issue of Medicare. (Thunderclap is a tool that allows people to sign up ahead of time to participate in a mass social media action, such as a simultaneous, prescheduled Tweet). Thanks to our Thunderclap campaign, our message to Congress was delivered on more than 6 million Facebook and Twitter accounts.

But there’s nothing like face-to-face meetings to drive the message home. And thanks to the efforts of AARP staff, members and volunteers across each of our states, our elected leaders have been made fully aware of just how serious we are about these important issues, and of the powerful megaphone that our 38 million-member-strong organization wields.

We will not stop until our message is heard. 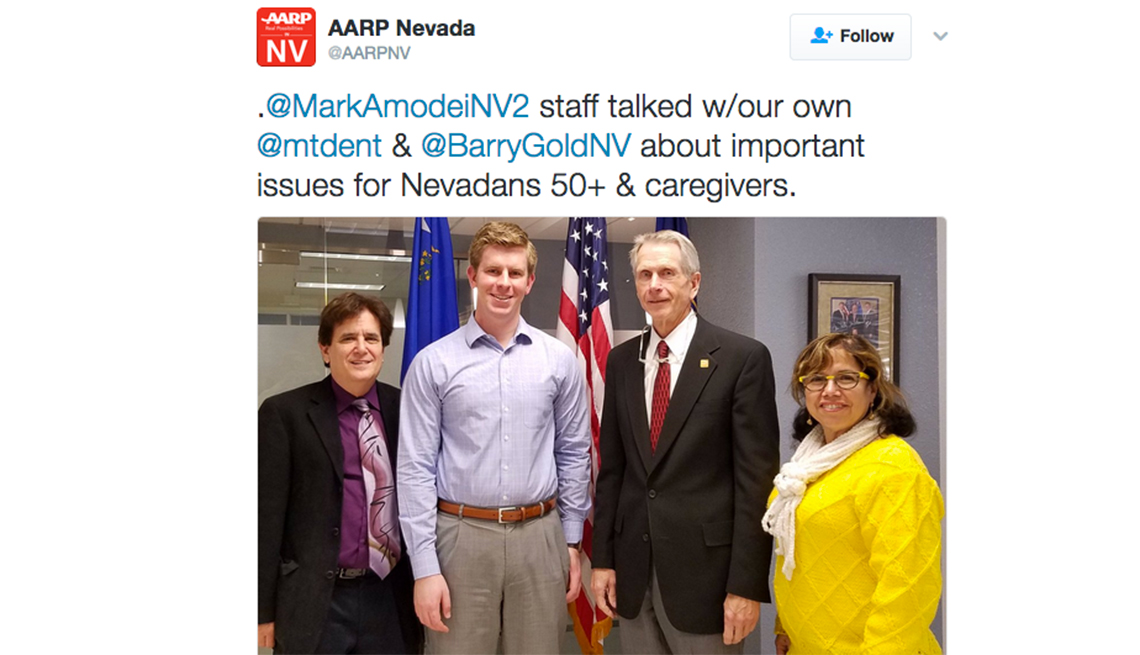 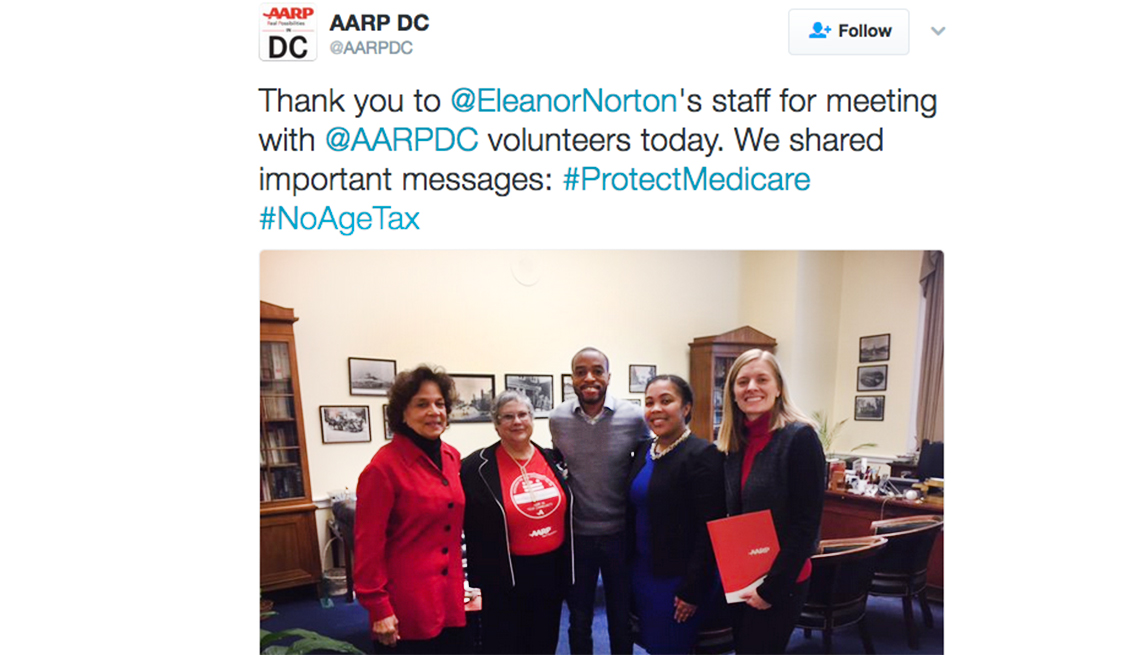 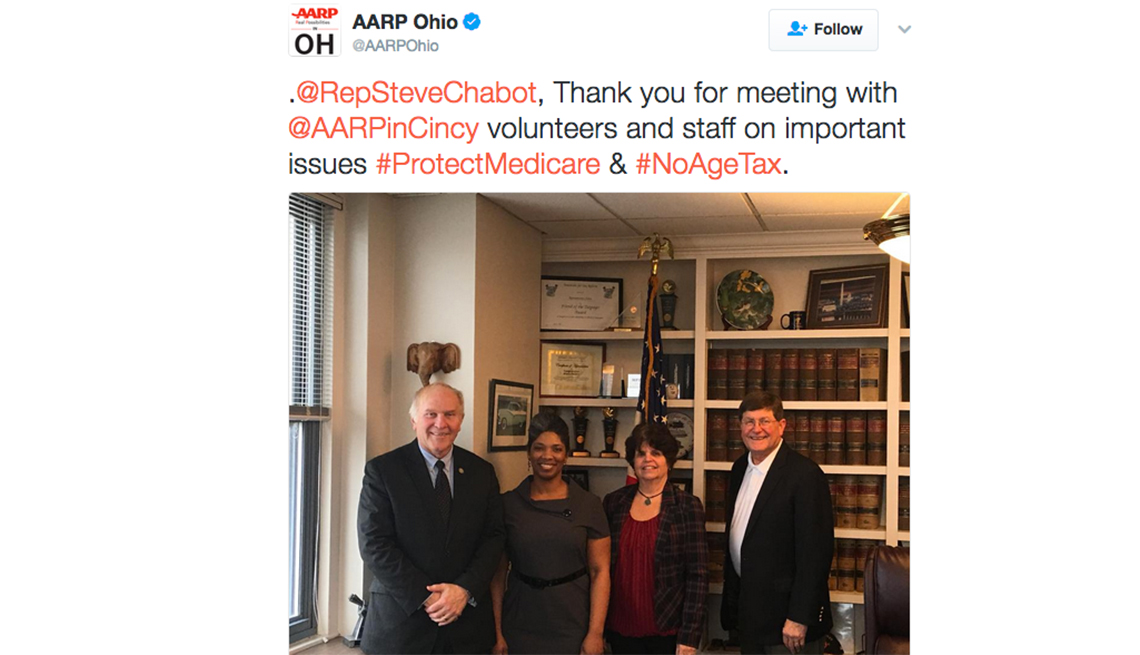 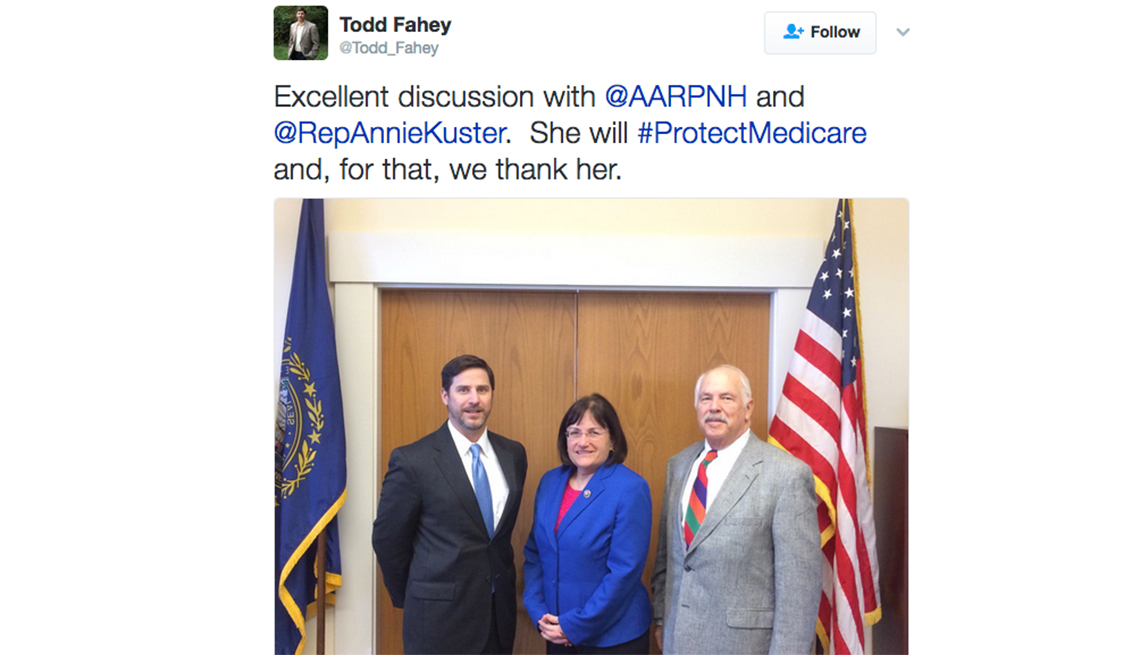 Keep Up With What's Happening In Washington