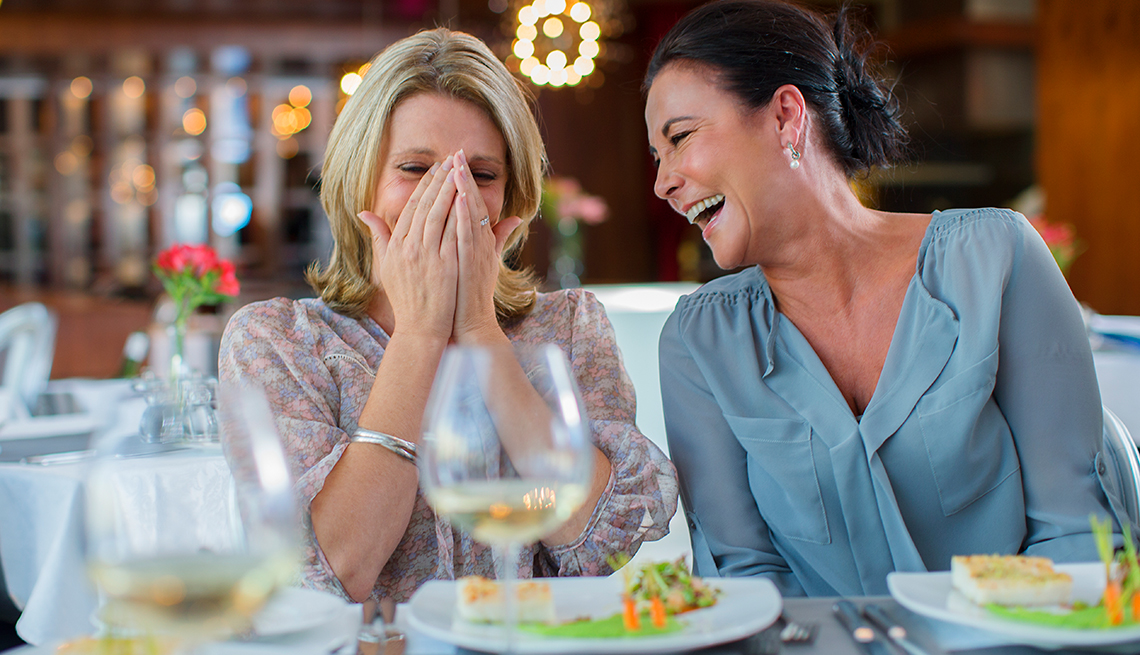 An AARP survey shows that there are negative associations around aging that are often incorrect.

En español | Younger people have far more to look forward to than they expect when it comes to growing older. According to a new AARP survey that compares beliefs about aging among different groups, the youngest adults are the most pessimistic about advancing years, while the oldest paint the rosiest picture.

Nearly half (47 percent) of those ages 18 to 39 believe it’s “normal to be depressed when you are old.” Not so, according to those age 60 and up: Only 28 percent agree that being depressed is normal, and a mere 10 percent say old age is a “depressing stage of life.”

Asked their views about the mental, physical and social aspects of aging, the youngest cohort was consistently gloomier than the oldest group. They believe they will be less optimistic as they age (32 percent vs. 17 percent); be slower mentally (26 percent vs. 14 percent); find it harder to get up and around (31 percent vs. 18 percent); and have fewer social connections and personal relationships (42 percent vs. 27 percent.) The middle-aged group fell in between with 25 percent, 21 percent, 25 percent and 30 percent, respectively agreeing.

“The findings of this new survey are further confirmation of something a lot of people, especially older people, know instinctively, and that is that our upper ages can be great,” said AARP CEO Jo Ann Jenkins. “It also presents a fairly stark reminder that we’re all faced by a lot of negative associations around aging. As this survey shows, they’re often wrong.”

While older adults have an upbeat estimation of their own lives, they take a dimmer view of how consumer-facing industries treat them.

A whopping 80 percent of those 60 and over say the fashion industry serves younger consumers better. They pass similarly harsh judgment on the technology industry (70 percent), the sports industry (72 percent) and the entertainment industry (60 percent).

“Despite the massive and growing size of the 60-plus population, which already accounts for more than $7.1 trillion of annual spending in the U.S., we don’t see a lot of products and services being developed specifically with the interests and needs of older people in mind,” said Jenkins.