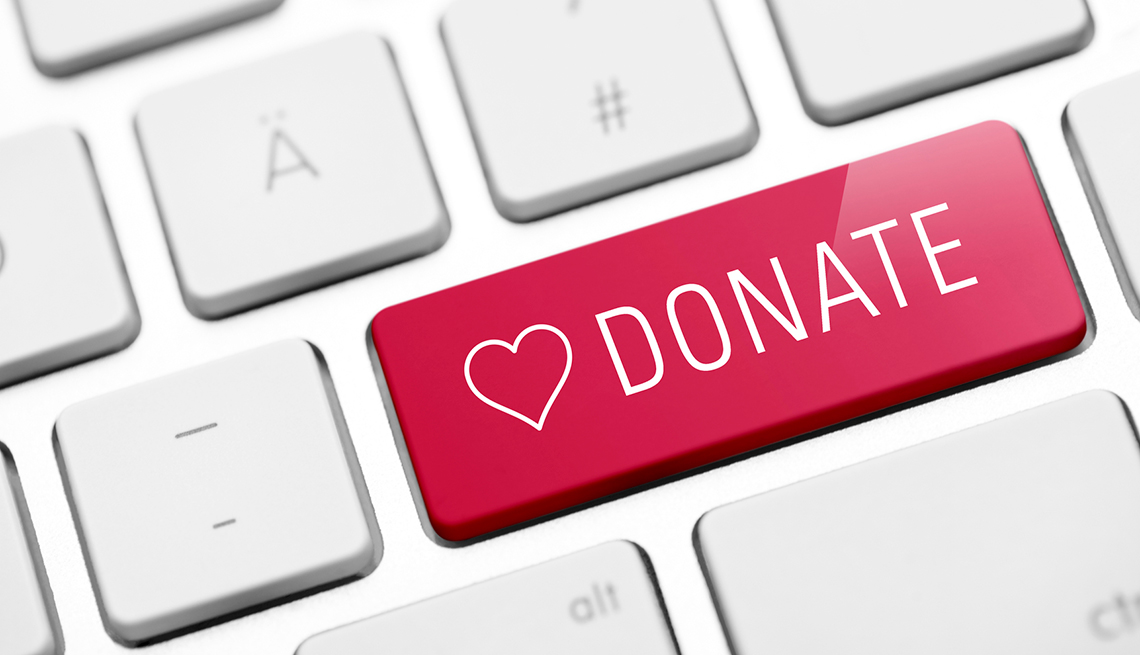 Charitable donations made from an IRA will now be tax-deductible for those over 70 1/2.

En español | For the past decade, getting a tax break for donating money from an individual retirement account to a charity was sort of a guessing game.

The tax break would appear one year and then expire. Members of Congress often revived it at the last minute — typically in November or December — which made financial planning difficult.

That's all changed. Late last year — again, at the last minute — Congress passed legislation that made these charitable distributions from an IRA a permanent tax break. Now, those age 701/2 and older can directly transfer as much as $100,000 each year from a traditional IRA to a charity tax-free.

The upshot? Any qualified IRA distribution to a charity isn't counted as taxable income to you — something experts say triggers numerous potential tax benefits to any retiree with charitable intentions.

"IRAs are some of the great philanthropic tools, and Congress has finally made it easy to utilize them," says Mike Penfield, national director for charitable services with U.S. Bank in Portland, Ore. "It's a big deal and it's changed planning dramatically."

It's not known how many investors donate IRA money to charitable groups, according to Craig Copeland, senior research associate at the Employee Benefit Research Institute, which tracks IRA assets. However, the Washington-based institute's latest figures show that as of the end of 2014, Americans had close to $6 trillion in assets in traditional IRAs.

Of course, many retirees need their IRA money for living expenses. But if you don't, retirement experts say, you may reap substantial tax benefits by making a charitable donation with your IRA assets. This strategy, they say, is worthwhile even if you give only $1,000 or so yearly to charity.

Be aware that the tax benefits of making donations this way occur if distributions are made from traditional IRAs, whose withdrawals are otherwise taxable. (Roth IRA withdrawals are almost always tax-free for retirees.)

The charitable distribution from the traditional IRA isn't reported as income on tax returns, so your adjusted gross income doesn't go up as it would if you made a regular withdrawal, says Jamie Hopkins, codirector of the retirement income program at the American College of Financial Services in Bryn Mawr, Pa.

That means you could keep some of your Social Security benefits from being subject to taxes, Hopkins says. In some situations, he says, it can also help high-income households avoid paying a 3.8 percent Medicare tax on investment income.

Additionally, taxpayers might be eligible for a slew of other deductions, credits or benefits that they otherwise wouldn't qualify for if their income were higher.

For example, making a charitable distribution from your IRA — and thereby having a lower adjusted gross income — can reduce your Medicare Part B and D premiums.

Another major benefit from donating this way: Charitable distributions count toward the required minimum distributions (RMD) that older investors must make each year from a traditional IRA after turning 701/2.

"This is a good deal if retirees do not need their RMD for spending or to save for their future spending needs, and they have charitable intent," says Judith Ward, a senior financial planner and vice president of T. Rowe Price Investment Services in Baltimore. "For retirees who have to take required minimum distributions but don't need them, they really do not like having to pay taxes on that money."

How to Make a Charitable Distribution From Your IRA

So what should you do if you're a candidate for making a charitable donation and having it qualify as part of your RMD?

Begin by carefully choosing the nonprofit group or groups you want to support. (IRA distributions donated to private foundations or donor-advised funds don't qualify in this case.)

"Starting now, instead of waiting until the last minute in December to make your minimum IRA withdrawal, provides you the time to research how the organizations would put your donation to use," advises Penfield of U.S. Bank.

Fortunately, he says, it's not at all complicated to arrange for a qualified charitable distribution from your traditional IRA.

"You just contact your IRA trustee and ask them to make the gift directly to an IRS-approved charity. It's really as simple as that," he says.

Although the gifting process may be pretty straightforward, you need to be aware of some potential pitfalls.

The exception: If you will be turning 701/2 this year, you have until April 1, 2017, to make your first required distribution. Thereafter, distributions must be made by Dec. 31.

There are also specific age requirements.

A qualified charitable distribution can be made from an IRA only if you are already 701/2 or older at the time of the distribution. In other words, you can't get a tax break for a distribution made before you turned 701/2, even if you'll turn 701/2 later in the calendar year.

Additionally, the check must go to the charity, not to you. "That's the biggest pitfall you can run into," says Hopkins of the American College of Financial Services. "If you take a check from your IRA and then turn around and give another check to charity, you're not going to get the same tax treatment. The IRA check must be payable to an approved charity."

Finally, you can't get any personal benefits in return for your charitable donation.

So assume you want to donate to a university or athletic foundation. That's fine, and IRA donations payable directly to such entities can qualify you for this tax break. "But this can't be a gift that is rewarded by special tickets, seating arrangements or entertainment," Penfield says. "There can't be any special treatment whatsoever — something often forgotten by donors who otherwise might be making gifts and hoping for certain perks."

Bottom line: If you're charitably inclined and you qualify, don't delay your financial planning and charitable giving.

"Part of the estate planning process is trying to minimize taxes owed, resulting in a lot of philanthropy created by estates," says Penfield. And now, thanks to this legislation from Congress, he says, "Not only can you see your donation being used for good purposes while you're alive, but you will also end up with a much better tax consequence."