What You Can Do to Prevent Caregiver Fraud 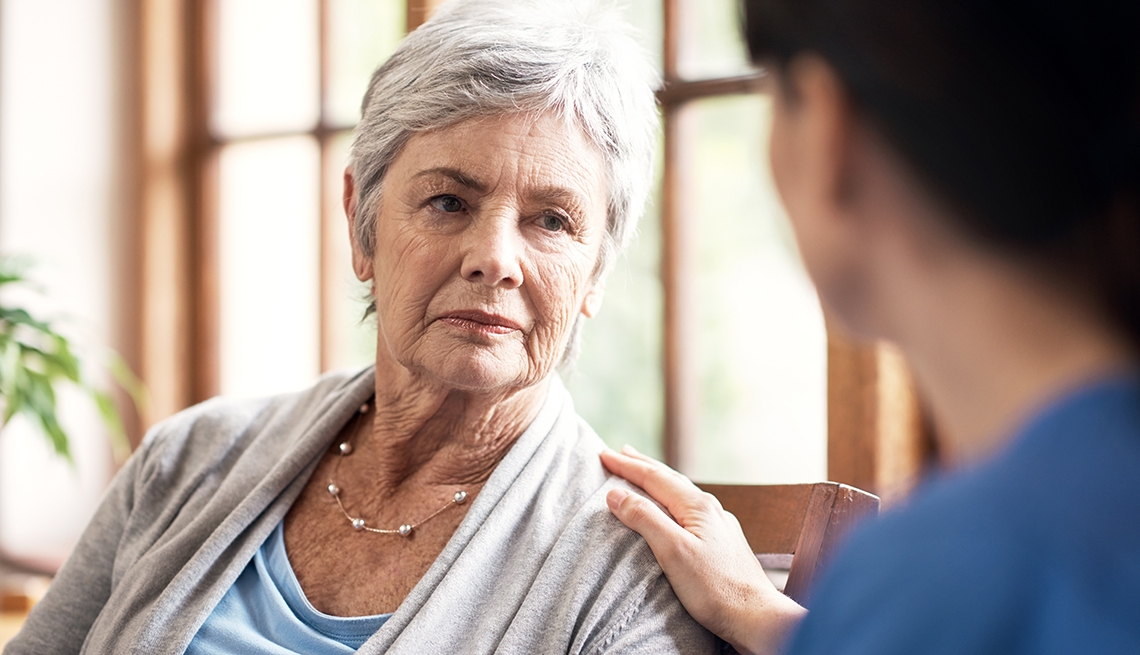 As an expert on banking and fraud with AARP’s Public Policy Institute, Jilenne Gunther works daily on programs and policies to stop financial exploitation of older adults. But the issue is personal for her, too.

“When I was young, my uncle would put cash into my grandfather’s wallet on a regular basis. One day, my uncle started noticing something atypical — my grandfather was spending more money, more frequently, which led him to believe that someone may be stealing cash from his wallet,” says Gunther, national director of AARP’s BankSafe initiative to protect older adults from financial abuse.

Like many in her family, Gunther’s uncle was a banker, and he had access to the exploding dye packs banks used to mark money taken in robberies. He put her grandfather’s wallet in a filing cabinet with one of the packs, and “in less than 24 hours a paid caregiver who was very close to my grandparents was caught red-handed, literally.”

“My family was lucky,” Gunther adds. “We were able to use our knowledge and tools from three generations of community banking to spot the red flags and stop financial exploitation.”

Other families are not as lucky. A 2019 review by the federal Consumer Financial Protection Bureau of suspicious activity reports filed by financial institutions found that ﻿one in ﻿nine incidents of elder financial exploitation where the target knew the perpetrator were committed by non﻿family caregivers. The average loss in such cases was $57,800.

Hiring in-home care can be complicated and costly. Finding someone you can trust adds another layer of complexity and concern. A 2012 study published in the Journal of the American Geriatrics Society found that fewer than one-third of home-care agencies screened their employees for illegal drug use, and about 60 percent asked caregivers to describe their own skills rather than testing them.

“It’s an industry that’s still like the Wild West,” Lindquist says. “There hasn’t been a huge change in oversight or training. People are entering the field as [agency] owners, looking to make a profit. They’ll bring in people who need jobs and not provide them enough training to take care of someone with dementia or who has health needs.﻿”

But families venturing into this O.K. Corral of care can arm themselves with information to find reputable, reliable providers.

First, hire caregivers ﻿only through a bonded and insured home-care agency, advises Paul Greenwood, a former deputy district attorney in San Diego who prosecuted hundreds of elder﻿-fraud cases. Don’t use an online classified site like Craigslist or put an ad in the paper, he says.

Going through a bonded agency “is more expensive,” Greenwood says, “but at least you are buying some form of protection so that if the worst happens you probably have a far better chance to get reimbursed.”

When you approach an agency, come prepared with questions about who they are and how they operate. Gunther recommends asking:

Working with a reputable, bonded agency is part of the path to peace of mind in bringing a caregiver into your loved one’s home. Experts recommend taking these additional steps to safeguard a care recipient from financial exploitation.

Create an inventory of all the valuables in the house, including photo or video records of items and a list of where they are stored. Keep smaller items like jewelry locked up at all times.

Limit an in-home aide’s access to their charge’s cash, checkbooks and credit cards. If their job includes buying groceries or running errands for the older person, consider giving them prepaid debit cards for the purpose, so they can spend ﻿only up to the loaded amount.

Check in regularly with both the caregiver and the care recipient to monitor the quality of service and see how the relationship is developing. “Make unannounced visits if you are close by,” Greenwood says. If you live far away, ask a trusted friend of your loved one to pop in at least once or twice a month.

If your loved one will allow it, install a doorbell video camera on the front door “so you know exactly when the caregiver comes and goes,” Greenwood says.

Video cameras in common areas like the kitchen or living room can provide additional monitoring and theft protection, but make sure to follow your state’s laws on the use of security cameras to supervise people working in your home.

Greenwood advises families to write a letter to a parent’s or older relative’s bank after hiring a new caregiver, asking it to “keep a special eye” on the loved one’s accounts and notify Adult Protective Services if they spot unusual activity. Don’t do this by phone or email, he says: “Letters get results — far better than an email or a phone call.”

Unusual financial activity can be a tipoff that an older loved one is being exploited by a caregiver or other person who has gained access to their money. Here are some red flags to look out for, according to the American Bankers Association.

If you suspect caregiver fraud or theft, contact the police and your local Adult Protective Services agency. The U.S. Department of Justice’s Elder Justice Initiative ﻿(EJI) offers an elder fraud hotline (833﻿-372﻿-8311) and an online map of state agencies that assist in cases of elder abuse.

Advise the older person’s attorney of any suspected financial abuse, especially if a caregiver is exerting pressure to revise estate planning documents.

Sandra Guy has won awards for her health and technology reporting for the Chicago Sun-Times and the Society of Women Engineers' SWE Magazine. She teaches journalism at DePaul University and is a former president of the Chicago chapter of the Association for Women Journalists.

Websites and firms that can flag suspicious behavior