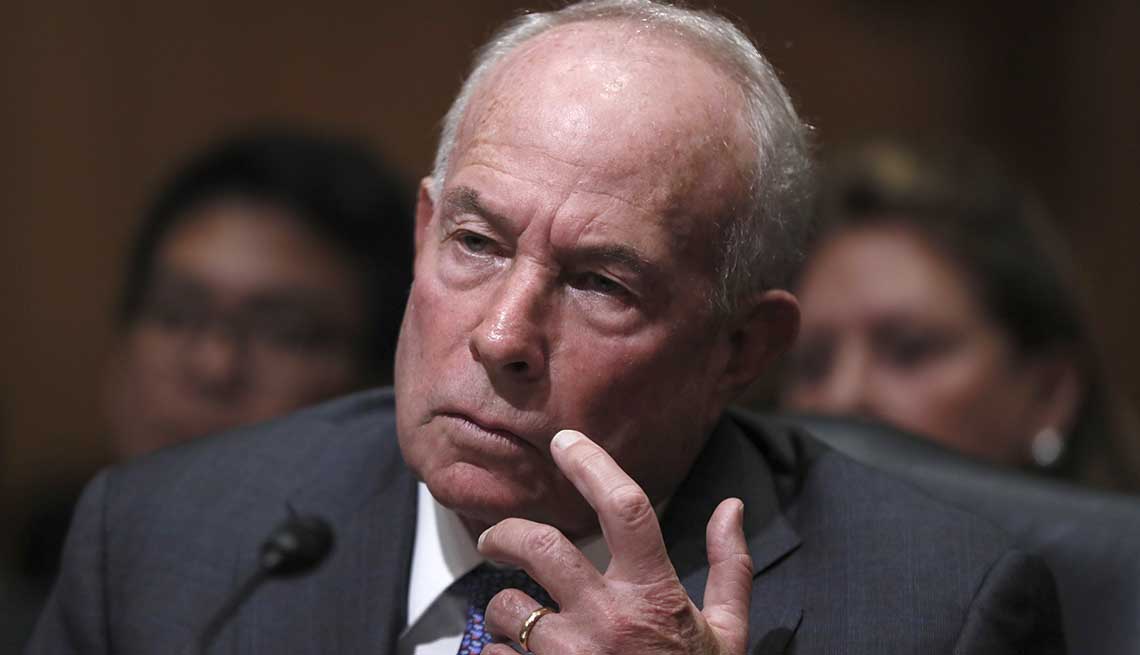 En español | With nearly $38 million in losses last year, a red-hot scam across the country sees criminals pose as Social Security employees as they con you out of your money. Reports of crooks using threats or concocting bogus problems to trick people into coughing up cash or sensitive data, including Social Security numbers, jumped in 2019 to unprecedented levels.

"This really snuck up on us,” Andrew Saul, the Social Security Administration commissioner, told a U.S. Senate panel on Wednesday. “This has become a massive problem.”

In the 12 months that ended Sept. 30, 2019, Social Security's watchdog arm received more than 450,000 impostor complaints, or 1,230-plus a day. In the previous 12 months, only 15,221 complaints were submitted to the watchdog, known as the Social Security Office of Inspector General (OIG).

Rankings based on the number of reports made last year to the U.S. Senate Aging Committee's Fraud Hotline, 855-303-9470.

The uptick prompted the OIG to launched a new tool last November so victims could file complaints online. “Barely 10 weeks after the launch, we had received over 111,000 complaints,” Social Security Inspector General Gail Ennis told senators.

Two key messages from Wednesday's hearing: Anybody can become a victim — and making people aware of the scam through outreach and education is key to stopping the crooks. One victim, Machel Andersen, 56, of North Odgen, Utah, told senators she lost $154,646 to a Social Security scammer in December.

"The emotional and psychological tolls for those who have lost hard-earned life savings are beyond measure,” observed Sen. Susan Collins (R-Maine), who chairs the committee. The Aging Committee maintains a toll-free Fraud Hotline, 855-303-9470, to take reports about fraud and scams.

Collins announced the top reports to its hotline in 2019, and in first place was the Social Security impostor scam. The scam barely registered among reports as recently as 2017, she said, but has bumped the notorious Internal Revenue Service impostor scam out of the top spot, which it had held for five consecutive years.

Saul, the Social Security chief, said the agency now is heavily into outreach to raise public awareness. It gave materials to members of Congress to spread the word. He has appeared in a public-service announcement (PSA) and said SSA was arranging radio campaigns and TV appearances. The agency is also sending emails to people with My Social Security online accounts and putting scam-awareness messages on its envelopes, he said.

In addition, Social Security is partnering with other government entities and expanding its work with groups such as AARP. Saul said he recently met with the nonprofit's chief executive, Jo Ann Jenkins, and they are working on a joint PSA.

Saul's own message is blunt: If you receive a suspicious phone call from somebody seeking your money or sensitive personal information, hang up. Likewise, officials said, ignore strange emails, texts and letters asking for the same things.

At the hearing, senators assailed the bad actors behind the scams as they heard how cunning, creative and sophisticated they are. “There is a special place in hell” for people who prey on former military personnel and older Americans, said Sen. Martha McSally (R-Ariz.), an Air Force veteran.

Inspector General Ennis was among those at the hearing to praise news from the Justice Department on Tuesday that it had taken civil action against firms in New York and Arizona alleged to be conduits for hundreds of millions of robocalls that reach the U.S. every month. Her agency was a leading partner in that effort, since robocalls are often the entry point for Social Security scams. Yet Ennis sounded a note of caution, saying scammers are “inventive” and known for changing tactics.

"The scammers are very creative,” she said, “and the minute we plug one hole, they will find another one."