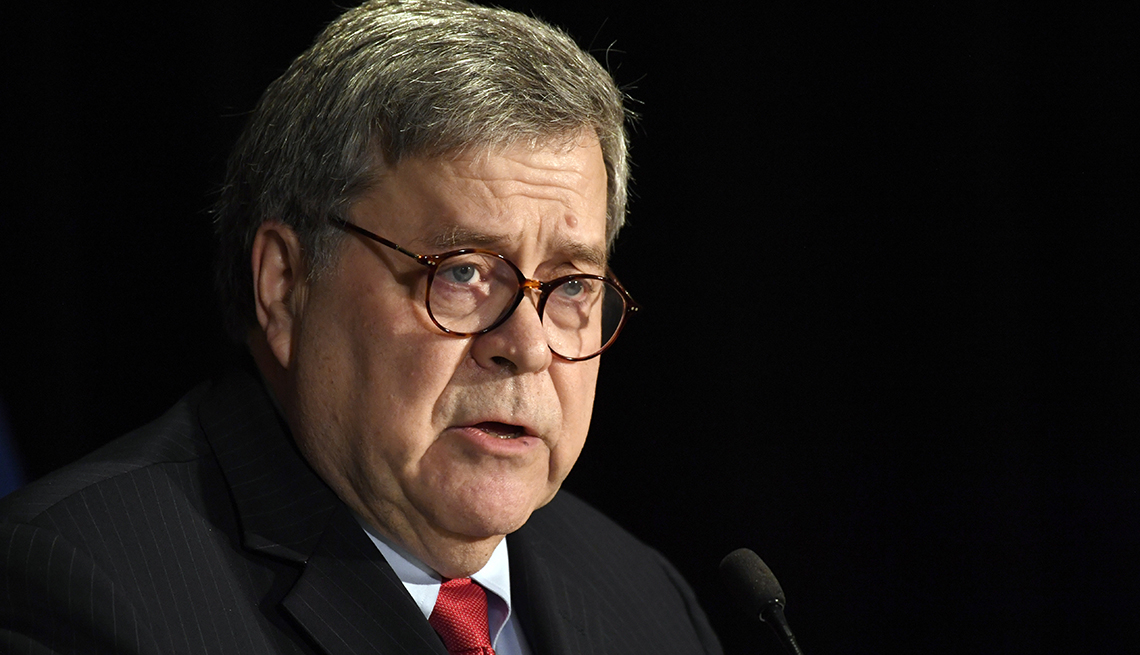 Attorney General William Barr on Tuesday announced the largest-ever annual sweep of alleged fraudsters accused of targeting older Americans. More than 400 defendants have been charged in the past year, and they are purported to have been behind victim losses surpassing $1 billion.

Foreign-based fraud schemes that victimize older Americans in large numbers were at the center of many of the cases in the sweep. Barr also announced that preventing and disrupting transnational elder fraud is now one of the top priorities of the U.S. Department of Justice.

"Americans are fed up with the constant barrage of scams that maliciously target the elderly and other vulnerable citizens,” Barr said.

According to a senior official at the Justice Department, the cases that are part of DOJ's annual sweep ran the gamut from romance frauds and grandparents scams to computer tech-support scams and Social Security impostor frauds, among others.

At a DOJ elder fraud sweep announced in 2019, there were 260 criminal defendants, making this year's collection of cases the largest in history, the department said. Cases in the new sweep date back to March 2019.

Among the bad actors overseas were members of a crime ring in Peru that allegedly targeted Spanish speakers, most of them elderly, in the U.S. Victims were threatened with arrest, deportation and the seizure of property for not paying a bill for a product the victims never purchased, a senior Justice official said.

"All of this was lies,” according to the official, who said a number of the defendants in Peru have been extradited.

In Singapore, it was an Internal Revenue Service impersonator who was targeted by U.S. officials and that defendant also has been extradited, the official said. Impersonators claiming to be from the IRS, the Social Security Administration and other government agencies con victims into sending money by, for example, concocting a phony financial obligation and threatening them with arrest.

“The good news is most frauds can be prevented. It’s one of few crimes in which potential victims can just say ‘No!’”
— Chief Postal Inspector Gary Barksdale

Barr spoke in Florida at a U.S. Justice Department Summit on Elder Justice, a half-day event called Keeping Seniors Safe. The meetings are being held in Sun City Center, a retirement community south of Tampa. The summit drew federal officials including White House adviser Kellyanne Conway, state officials and law enforcement representatives. Members of the financial and tech sectors also were on hand.