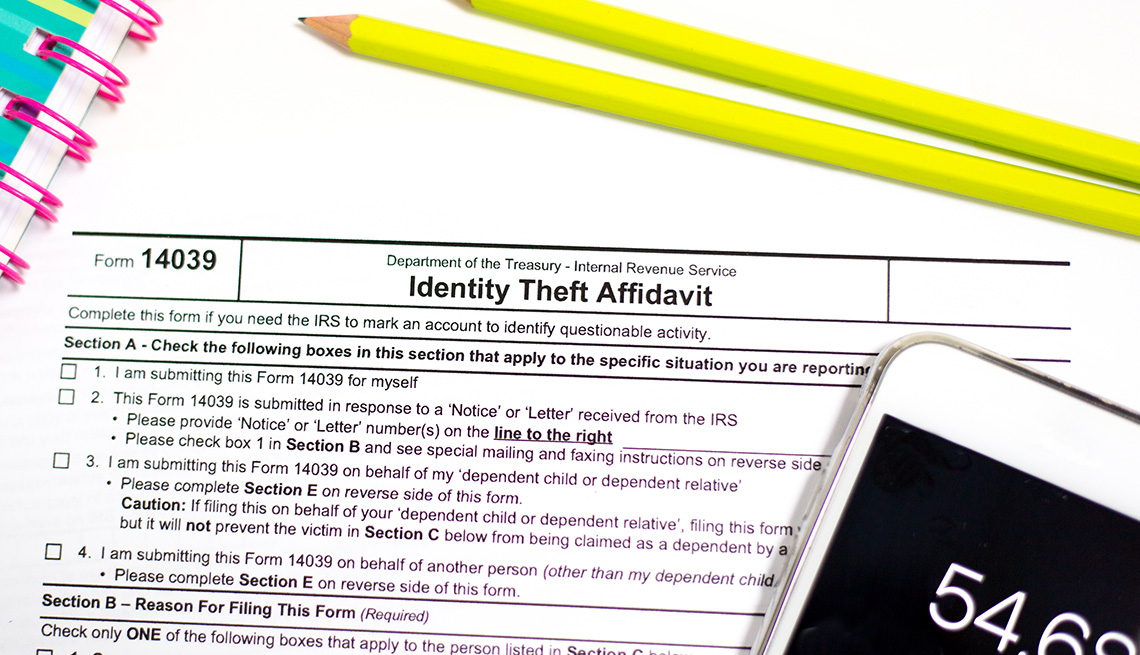 An estimated 199,000 taxpayers complained they were victims of identity theft in 2018, a number that’s a sharp decline for the third consecutive year, the Internal Revenue Service says.

In 2015, the tax-collection agency received 677,000 complaints, which makes last year’s total a nearly 71 percent decline over three years. But the picture was gloomier for businesses, where there was a nearly 10 percent increase year-to-year in the reported number of tax-related identity theft, with 2,450 reports in 2018, up from 2,233 in 2017, the agency says.

As the April 15 tax-filing deadline approaches, the IRS released the statistics Monday with a warning: Identity thieves often belong to sophisticated crime groups here and abroad, and such cyberthieves “continue to evolve and adjust their tactics.”

One major problem is the theft of taxpayers’ personal information held by their tax professionals, the agency says. “Thieves can breach practitioners’ computer systems, steal client data and file fraudulent tax returns” before preparers “may even know they have been victimized,” it warns.

In heralding the news, IRS Commissioner Chuck Rettig said his agency and its partners have made “tremendous inroads in the battle against identity theft” but more work remains.

The IRS says cyberthieves use a variety of tactics to target businesses for identity theft, including using a stolen employer identification number, known as an EIN, to create fraudulent W-2 Forms.

The IRS, talking about the strides it has made to combat identity theft, says it joined forces with state tax agencies and the private sector in 2015 and the following year made several changes, including many that the agency says are “invisible” to taxpayers. The IRS enhanced its fraud filters and added other protections; states started requesting more information from filers such as taxpayers’ driver’s license numbers; and a growing number of financial institutions helped recover fraudulent tax refunds, the agency says.

The exact number of people who experience tax-related identity theft is hard to pinpoint. The agency’s statistics reflect only those who file an identity-theft affidavit known as IRS Form 14039.

In the vast majority of tax-related, identity-theft cases, victims are not required to file a formal affidavit, according to Cecilia Barreda, an IRS spokeswoman. That’s because there are interim steps, including a visit to a Taxpayer Assistance Center, which may resolve the issue, she said. Typically, an affidavit is mandated when an electronic filer has his or her tax return rejected because someone else already has filed a return with the same Social Security number, she said.

To learn about preventing identity theft, visit irs.gov/identitytheft. The IRS urges these steps to keep your sensitive data away from bad actors.