Malware strikes are on the rise. Here's how to protect your PC 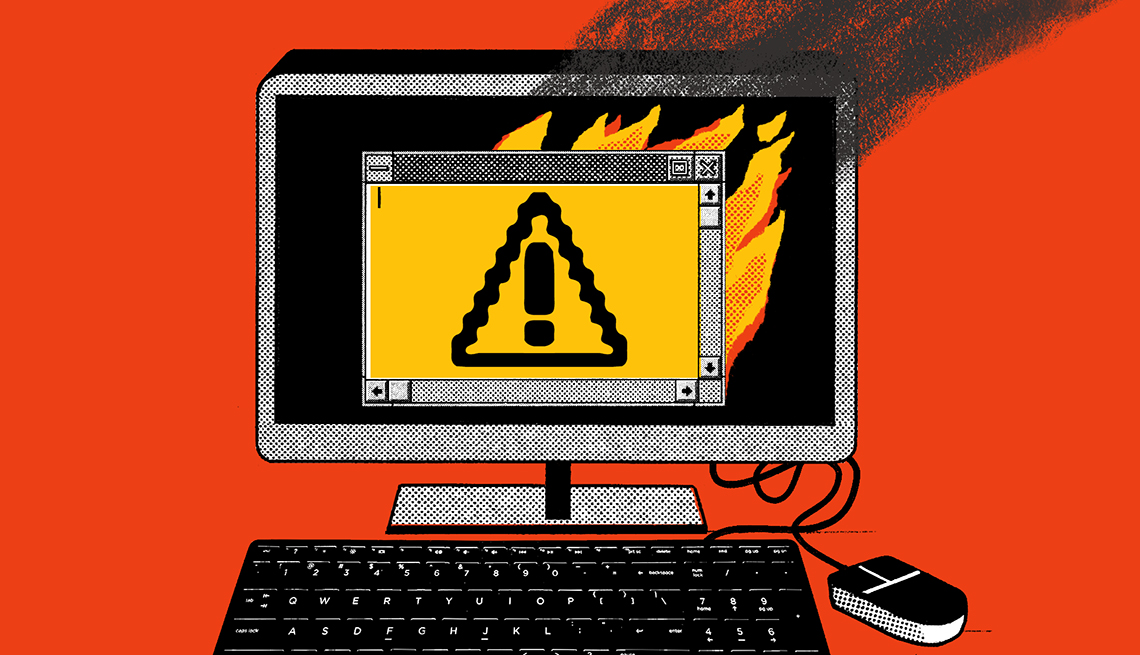 There are simple steps you can take to protect your computer from malware and viruses.
Justin Renteria
By
AARP

For several days this past spring, the news story was so big it beat out coverage of President Trump: A vicious virus had wrested control of some 200,000 computers across 150 countries in one of the worst international cyberattacks ever. It blocked all access to files unless the computer’s owner paid a ransom using bitcoins, the online currency that is largely untraceable. As often happens, victims who did pony up did not get the key to unlock their files and lost both their money and their data.

The episode should have caused some 200,000 faces to blush. Two months earlier, Microsoft had issued a routine update to the Windows operating system that included code that would have blocked the so-called WannaCry virus. If computer owners had downloaded the upgrade, they would have been spared.

Talk about learning a lesson the hard way! For the rest of us, the WannaCry episode is a terrific reminder to follow the seven tried-and-true rules of protecting a computer from outside attacks.

1. Buy legitimate software, and register it.

Only versions of Windows that were bought from a licensed retailer and registered with Microsoft could receive the software upgrade that blocked WannaCry. One reason so many computers outside the United States were hit, experts believe, is that they were running bootleg or borrowed versions of  Windows.

2. Make sure your software is up to date.

Set your system to automatically download and install updates from trusted software providers.

3. Don’t click on links or open attachments from email addresses you don’t know.

One of the biggest sources of malware is fraudulent emails, called spam; seeking info from you via spam is called phishing. Delete unsolicited emails from unfamiliar people or companies no matter how friendly they appear.

4. Instantly leave websites you’ve been routed to without your consent.

And when on the site, don’t click on anything; doing so could trigger a malware download to your PC.

5. Have a pop-up blocker running on your web browser.

That keeps potentially dangerous ads from appearing on your screen. Google Chrome, Firefox and Microsoft Edge include pop-up blockers.

6. Use a reputable antivirus program, and always keep it updated.

7. Regularly back up your important files to an external drive or a remote storage service.

The easiest way to recover from any malware attack is to restore a recent backup of your data.