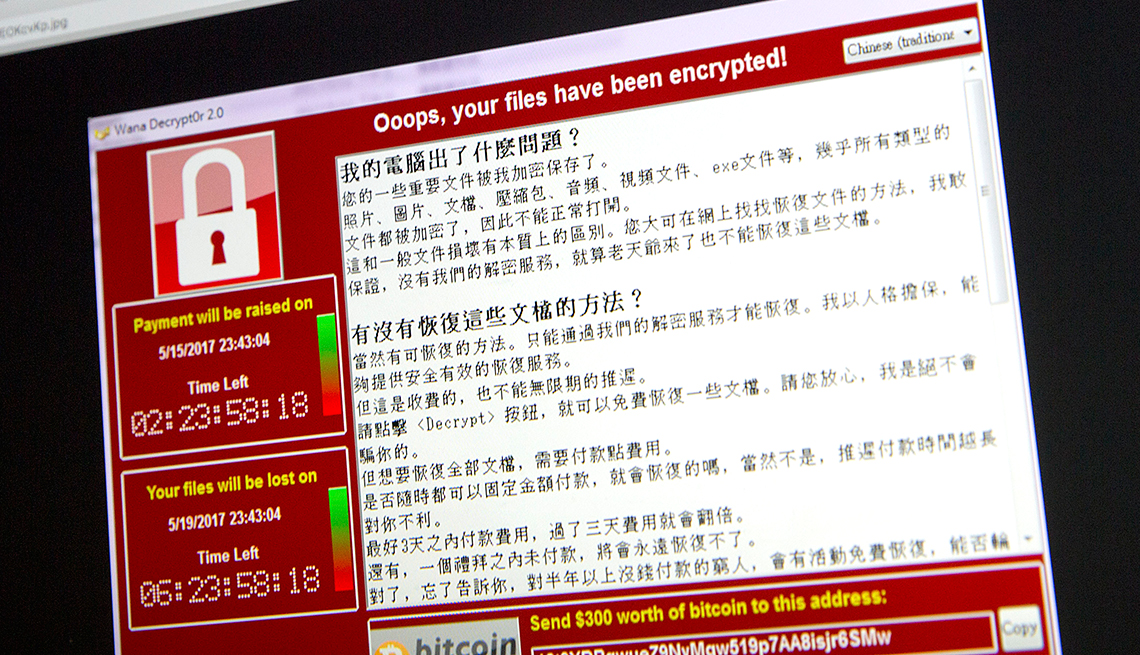 On Friday and over the weekend, a cyberattack wreaked havoc on thousands of computers in 150 countries, with many organizations and individuals worried that the worst is yet to come.

The ransomware that impacted businesses, including FedEx and the U.K.’s National Health Service, is a particular malware known primarily as WannaCry but also as WCry, Wanna DecryptOr and WannaCrypt. This malicious piece of software, which took advantage of a security flaw in the Windows XP operating system on PCs, locks files on a computer and demands payments to unlock them. Often this is done through the digital currency bitcoin, as it’s anonymous.

Although Microsoft has sent out a fix, authorities warned of more ransomware attacks on the horizon this week as people go back to work. Indeed, the Associated Press reported early today that the ransomware cyberattack had spread to thousands more computers as people logged in at their offices around the world.

Malware generally shows up as an email attachment. If computer users open that attachment or click on a link in an email, the program will run. Initially, the email may seem harmless, as the sender may be someone in a user’s address book.

But, of course, it isn’t harmless, as WannaCry then encrypts all the files and documents on the computer so that the user can’t access them. A message generally follows that reads something like: “Surprise, your files have been encrypted.” You are then given a certain number of days to pay a ransom of $300 to $500 or even more. Cybersecurity experts warn that paying the ransom doesn’t ensure a fix. After all, you are dealing with criminals.

“If you are going to be infected by ransomware, it will happen when you get an email or some other form of message that’s asking you to download and run it. And when that file runs, then usually the attacker will encrypt your hard drive or encrypt part of your hard drive so that your computer is still operable and you can continue to use it, but you can't access all your files,” Quincy Larson, a software engineer and the founder of freeCodeCamp, told ABC News.

Larson told ABC that the best way to prevent ransomware attacks is to make sure every time your operating system or a software asks if it can run a system or security update, that you update it.

Here are four other simple things you can do today to protect yourself.

Get Watchdog Alerts, and find out how to protect yourself from scams at AARP’s Fraud Watch Network.