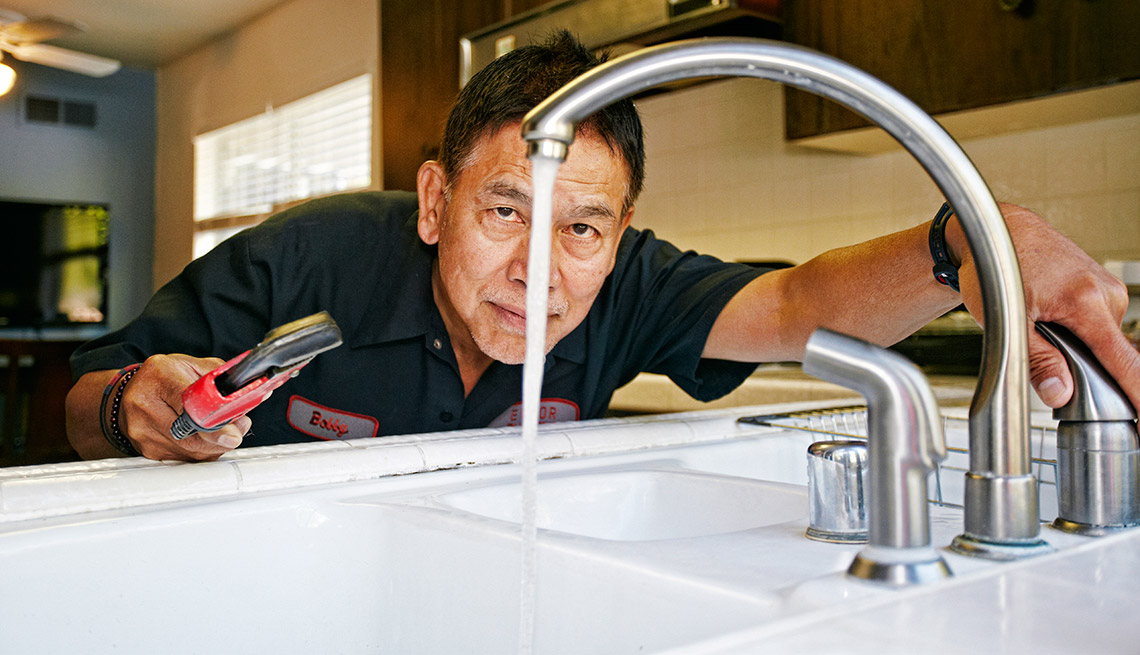 En español | For a gang of home repair scammers cruising Fairfax County, Va., the woman was a winning trifecta: She was living alone, had age-related memory loss and could write big checks.

Over the course of six years they swindled her out of $400,000, doing the same unnecessary improvements time and again. "Her attic insulation was replaced 12 times, windows caulked eight times and yard resodded at least five times," recalls police detective Ryan Young. When the first set of crooks had finished getting $100,000 off her, "they passed her name off to the next crew, who got $70,000. Others got about $60,000, $30,000, $20,000 each." Authorities caught up with them early this year.

Unlike dupe-and-dash "travelers" who temporarily swarm into an area, collect upfront payment to "buy materials" and then skip town, the crooks known as "woodchucks" tend to be local—and hit the same victim repeatedly.

They usually start with a knock on the door and an offer to trim trees (hence, the name). "Woodchucks specifically look for older folks — homes with wheelchair ramps, handicap placards on cars, lawn figurines and unkempt yards," Young explains. "It's not hard to quickly recognize someone with diminished capacity. If they figured they got a granny worth getting — someone vulnerable — they progress to a roof repair, taking a bottle of water to the attic to wet the insulation and 'prove' that the roof leaks."

Of course it's not just women who get conned. In Indianapolis, one 87-year-old male homeowner wrote 11 checks in 16 days for home repairs — $76,000 worth — in February 2013. Today, he has no recollection. "I'm not saying I didn't pay that money, I just don't remember," he says. "The only home repairs I recall were made when my parents died a few years back."

It's such a problem that some states have laws aimed specifically against these kinds of abuses, such as Indiana's Senior Consumer Protection Act. "In one case I prosecuted," recalls state Attorney General Greg Zoeller, "a contractor came to the home of a 93-year-old with severe dementia. After he was turned away by the man's daughter, he came back when she was not at the house and convinced the resident to start writing checks."

The easy solution to this problem: Don't engage with door-to-door solicitors, and don't give them work. But the fact is, the people who get victimized may not be up to these precautions. They need help from you — their family members and neighbors. So what can you do?