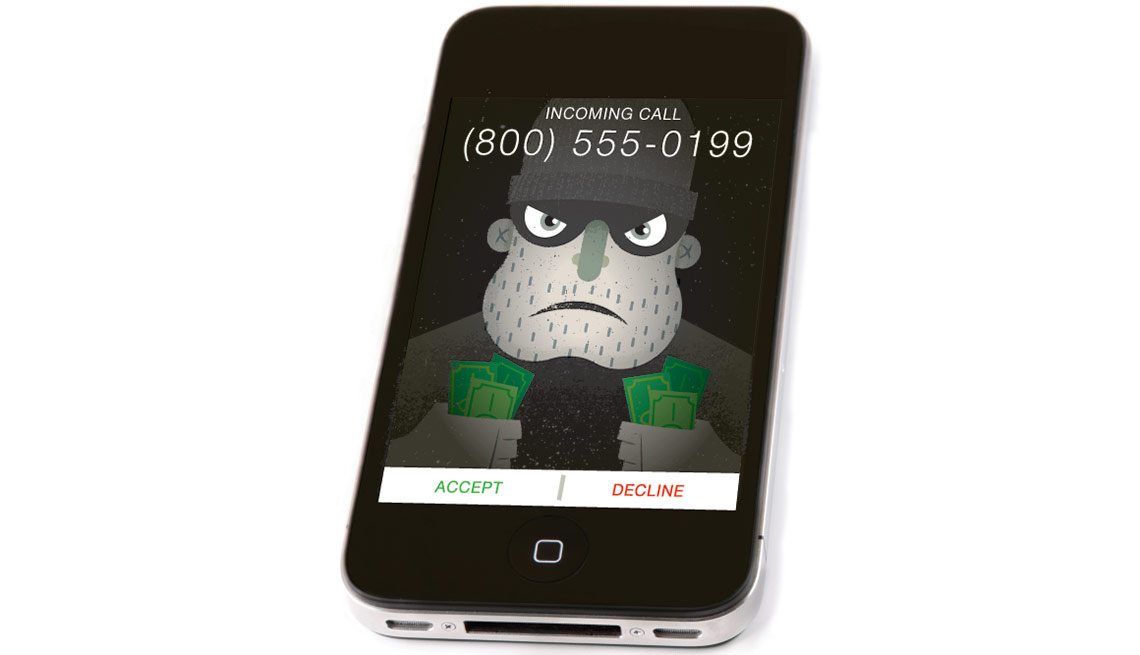 Beware of fraudulent phone calls that could cost you.

Last year Clyde Page dialed a number that he thought would connect him to travel benefits for AARP members. "But instead of hearing 'Thank you for calling AARP,' I got an automated greeting that said I was eligible for all kinds of gifts and rewards," says Page, of Snellville, Ga. "It seemed odd, but sounded like a great deal."

The offer: a $100 gift card and a $500 restaurant voucher for only $2 in shipping costs — with no mention of automatic enrollment in an ongoing subscription service.

After Page, 63, provided his debit card number, "the rep said she wasn't with AARP, but would immediately transfer me. She didn't," he says. The next day, his bank account was billed $15 by two companies — Feecation and FreeShippingRewards — whose parent company was sued by the Iowa attorney general for alleged violations of state fraud laws; the company settled without admitting wrongdoing. Another $10 was billed by DirectSavingsSolutions, whose corporate address is a mailbox at a UPS Store in Tennessee.

It happens with scores of phone numbers that seem to belong to companies and government agencies you know and use: banks, investment firms, utility companies, the Social Security Administration, the Veterans Administration and the IRS. Even Walmart, QVC and the NRA.

The trick is in the toll-free area code. "Fraudsters are mass-buying phone numbers with the identical seven digits of the intended entity but a different toll-free code — for instance, replacing 888 or 866 for the actual 800 code," explains Beau Ballinger of AARP Foundation ElderWatch, who has identified at least 30 respected companies and government agencies being spoofed in this scheme. "This way, people dial the correct number but misdial the area code."

Callers are told they have won a prize or are eligible for a survey, and are promised complimentary or low-cost medical alert systems, magazine renewals, vacations, even dental plans. "The offers change frequently," Ballinger says, "but the intention always seems to be to collect personal or financial information — and to purposely mislead callers."

It's the latest spin on "fat-finger dialing" — a longtime scheme in which unscrupulous vendors purchase phone numbers that are just one digit different from those of legitimate companies.

And it's legal, says Bikram Bandy, a Federal Trade Commission attorney and coordinator for the agency's National Do Not Call Registry, as long as the companies "don't misrepresent themselves in saying they are, or are affiliated with, the company the consumer intended to call, and they fully disclose the terms about the product they're selling without omitting key information."

Generally speaking, calls that you initiate are exempt from federal telemarketing and Do Not Call rules. "But companies that use these tactics," adds Bandy, "have a higher propensity to use deceptive tactics."

What You Should Do

Before dialing, double-check the entire phone number — including the area code. Hang up if you are: