Summer means open windows, vacations — and more home burglaries. It's also the time when people come knocking on your door to warn about the danger and try to sell you an alarm system. 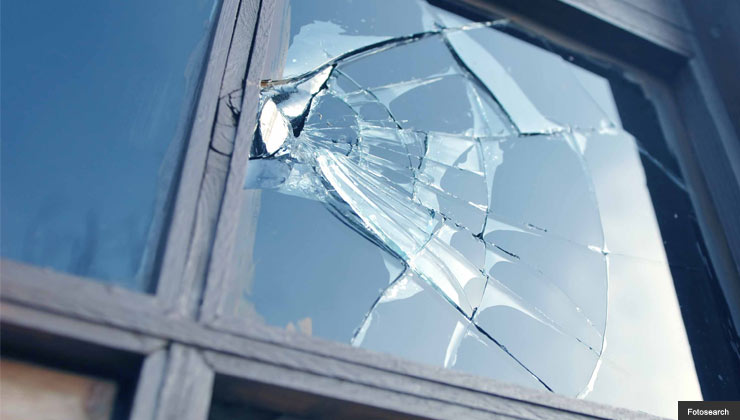 Some are not salespeople at all. They're just impersonators trying to find out about any existing alarm system you have. They may ask to come inside to inspect your home. What they're really doing is casing it for a possible burglary.

But some of the real alarm salespeople who will visit millions of homes this summer are thieves as well. They will target you with high-pressure pitches, scare tactics or outright lies to try to persuade you to sign up.

One common ploy is known as "slamming": The salesperson falsely tells you that your current alarm company has gone out of business and has passed your account on to another firm. (Guess whose?) Fall for this one and you can be saddled with double billing, higher service fees and hassles when you wise up and try to cancel the new provider.

A sales rep told Minnesotan Mary Jackson, 88, that her existing provider had gone belly-up, then pressured her into signing a contract with a new company. "The man just walked into my home and put in a new box before I could do anything," she recalls. "He was very pushy."

When she learned that her old company was still in business, she tried to cancel the new service — and was told she'd need to pay $3,000 to do that.

In the past three years, Utah-based Pinnacle Security has been sued by the attorneys general of at least four states — Illinois, New York, Ohio and most recently, Missouri. The legal actions involve claims by its door-to-door salesmen that competitors have gone under or merged with Pinnacle. Security alarm giant ADT is also suing Pinnacle for such claims.

"Historically, there have been challenges, there have been problems. But that is not indicative of who we are today," says Pinnacle spokesman Stuart Dean. He declined to comment on the most recent action against his company, fraud claims by Missouri Attorney General Chris Koster in May. "It's under review by our legal team," Dean says.

Signs of a swindle

Besides slamming, sales agents can have other tricks up their sleeves.

These include touting the latest and greatest options — remote controls and smartphone apps — without revealing that they cost extra.

Or agents may offer "free" equipment, sometimes in exchange for allowing a company sign on your front lawn. The swindle typically involves a long-term monitoring contract that can cost hundreds of dollars per month, compared with the $20 to $50 typically charged by legitimate companies.

Or they may install equipment so faulty that your system doesn't work at all.

Bottom line: Whether it's a phone call or in-person solicitation, don't give in to the pressure.

How to protect yourself

Don't let anyone into your house on a first call. Instead, ask for printed literature and a business card — a badge or ID can be forged — and use the information to check out the company. Make sure to look for information about it on the websites of the Better Business Bureau and your state's attorney general. If you decide to pursue the service, call the company to come back for a second visit.

Ignore claims that an offer is for a limited time only and that technicians are ready to immediately install the system. Reputable companies let you compare bids and engage in a comprehensive review of your security needs.

Call your insurer. You may be entitled to homeowner insurance discounts for using certain alarm companies.

Ask for all procedures in writing. If the alarm sounds, does the company first notify you or the police? Does the company have a local security patrol car? Will you be charged for false alarms? What's the early termination fee?

Expect to pay roughly $1 to $2 per square foot of your home for a complete system. Quality systems combine audible and silent alarms triggered by sensors placed throughout the home — not just on doors and windows. Higher-tech sensors can distinguish between a human and pet; cheaper ones cannot.

The Electronic Security Association, which certifies installers, offers information on choosing a system and dealer at its website.